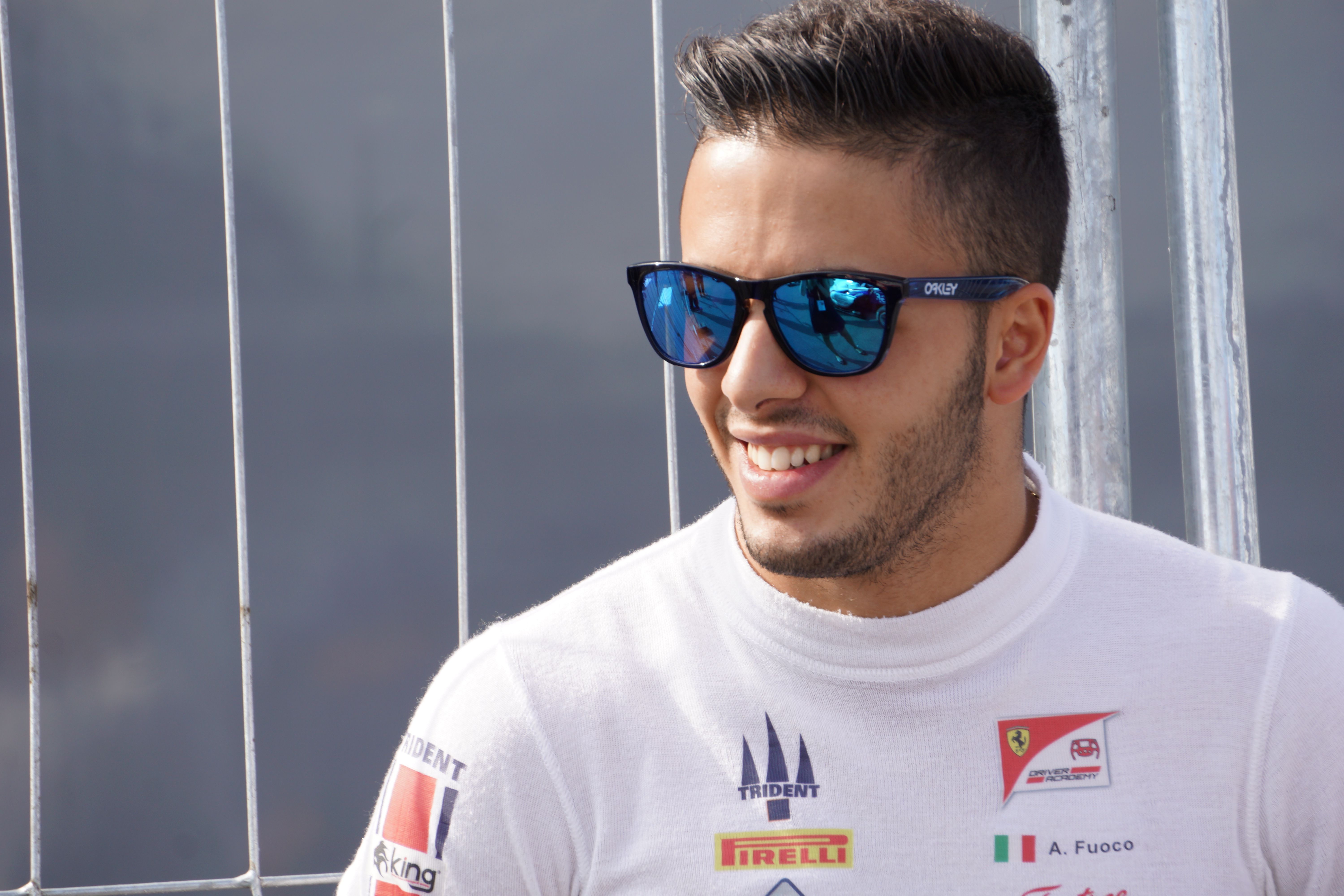 Antonio Fuoco takes his second win of the season in the first race at Hockenheim after a flawless restart after the virtual safety car propelled him in to the lead past the ART duo of De Vries and Albon. In a slightly chaotic race many drivers were able to take advantage of others’ misfortune, including Matt Parry, who finished on the podium, Jake Hughes and Tatiana Caldreon – who becomes the second woman in history to take points in the GP3 series alongside Alice Powell.

Having been promoted to second on the grid following Leclerc’s penalty for blocking in qualifying, Jake Dennis was in an opportune position to seize the win or a podium today, however a stall after the formation lap which he couldn’t recover until he was at the back of the field demoted him to a pit lane start.

Albon held onto the lead fron the start, followed by De Vries and Fuoco in P2 and 3 respectively, whilst Leclerc climbed to P5 after his grid drop. The first few laps were relatively clean, the only obvious casualty being Palou receiving a black and orange flag for a broken front wing.

Unfortuantely for some, this was only the calm before the storm, as a failed pass between Schothorst and Boschung, followed by Fukuzumi attempting to overtake the squabbling pair resulted in the Honda young driver colliding with the Dutchman taking them both out of the race, whilst Boschung’s hopes of points were eradicated. Alongside that incident were the reitrements of Giuliano Alesi and Konstantin Tereschenko, causing the Virtual Safety Car to take over the track.

The top 5 drivers were as close together as they could be without touching or passing each other by the time the VSC ended, but it was Fuoco who took advantage of the situation, positioning himself on the inside of De Vries and Albon and firing past them after the safety car line to decisively take the lead of the race where he remained unchallenged until the flag fell after 23 laps.

Albon took to the run off in trying to keep De Vries, Leclerc and Parry behind him, launching up over the kerb and dropping to P5 in the process. After a short intra-team battle Leclerc snuck past De Vries and set about catching his fellow Ferrari Driver Academy member, dropping the McLaren young driver into the clutches of Parry – the two of them coming into contact later on in the lap.

Lower down the order Dennis was surging through the field, a massive lockup somehow not hindering an excellently executed overtake on Kevin Joerg, while teammate Calderon fought through to P11 after starting P22. Arjun Maini took Stuvik to be in the points once more in only his 3rd round of the series, and DAMS pair Ferrucci and Hughes battled with Artur Janosz over P7, 8 and 9, with Hughes holding the reverse grid pole position for many laps after passing the Pole.

As the race entered its closing stages, tyre management became the critical aspect of the racing. Given the narrowing gaps up and down the field, the suspense held in reservation for the last lap was well justified. Leclerc succumbed to the pressure from De Vries, running off the track at T1 and rejoining behind him before his loss of momentum and grip dropped him further back behind Parry, but more crucially championship rival Albon and into P5 as Parry overtook both ARTs in one corner.

Antonio Fuoco took the chequered flag and his second win of the year, closing the gap slightly to the leading pair in the championship, as De Vries came out top of the ART cars and Parry stood on the podium for the second time in 3 races. Hughes starts tomorrow’s race on reverse grid pole, joined on the front row by Arjun Maini who had held the position for the previous two sprint races. Tatiana Calderon becomes only the second woman to score points in the history of the GP3 championship with her 10th place finish – something which will no doubt be an inspiration to girls the world over.