Home In the Spotlight Frye: New OEM would become a necessity amid growing IndyCar interest 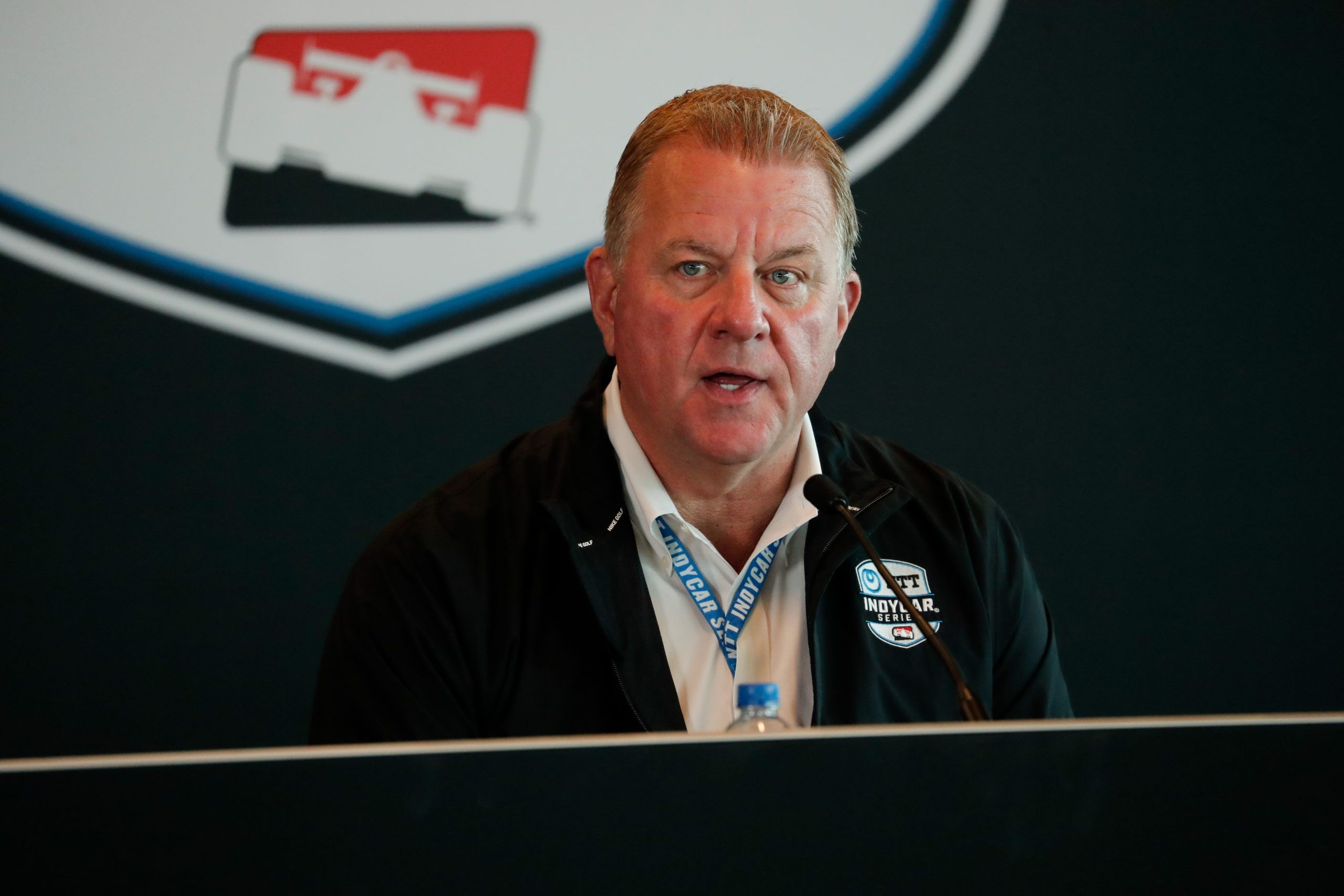 IndyCar president Jay Frye says additional OEM could become a necessity in the future with the number of teams eyeing a spot.

With the IndyCar series’ recent news regarding its hybrid power unit formula for coming years comes significant implications, as the new technical regulations are likely to attract new engine manufacturers in times of changing priorities for such organisations.

Gone are the days of the gas-guzzling Chevrolets, as is the need for further development of the standard-configuration ICE engine among large manufacturers. In the modern era, a more productive allocation of resources would likely include development on the integration of electric power in an ICE engine, or a fully electric alternative.

A switch to hybrid is a logical step for IndyCar – after the commitment from Honda and Chevrolet – and the president of the American open-wheel series, Frye, anticipates that so many teams may join the championship that a new OEM could become a necessity in the long-term future.

Frye also disclosed that various teams have recently expressed interest in the series, Ferrari being one that have been public about their potential interest – whether as a team and or a manufacturer. “You know, we came up with our five-year plan in 2016, which we’re excited about, through 2028, so a really long runway,” he said to media including FormulaRapida.net.

“So it was something where another OEM partner would not necessarily be a luxury, it would end up becoming a necessity because we have so many new teams coming into the sport.  So yeah, we’re very bullish about new teams. We know there’s some that are currently exploring the series, so it’s still very possible, yes.”

If one thing were to get in the way of the further expansion of the IndyCar grid in the 2020s, cost would likely be it. For manufacturers, this is not so much of a concern as it may be for various outfits, whose expenses are likely to climb due to increasing engine complexity. However, Frye assured that cost was taken into consideration as they made the elaborate set of rules.

“Well, any time we do anything, economics matter in a big way, especially with the teams and our manufacturer partners, so that’s something — one of the criteria data points that we’ll look at as we go forward on what it does cost, how it works, how we spread it out over a long runway now, which actually helps. So cost matters, and that will be a big factor in what we do going forward,” summed up Frye.

Here’s Will Power’s views on lapped traffic and P2P

Here’s news on IndyCar move to hybrid in 2023