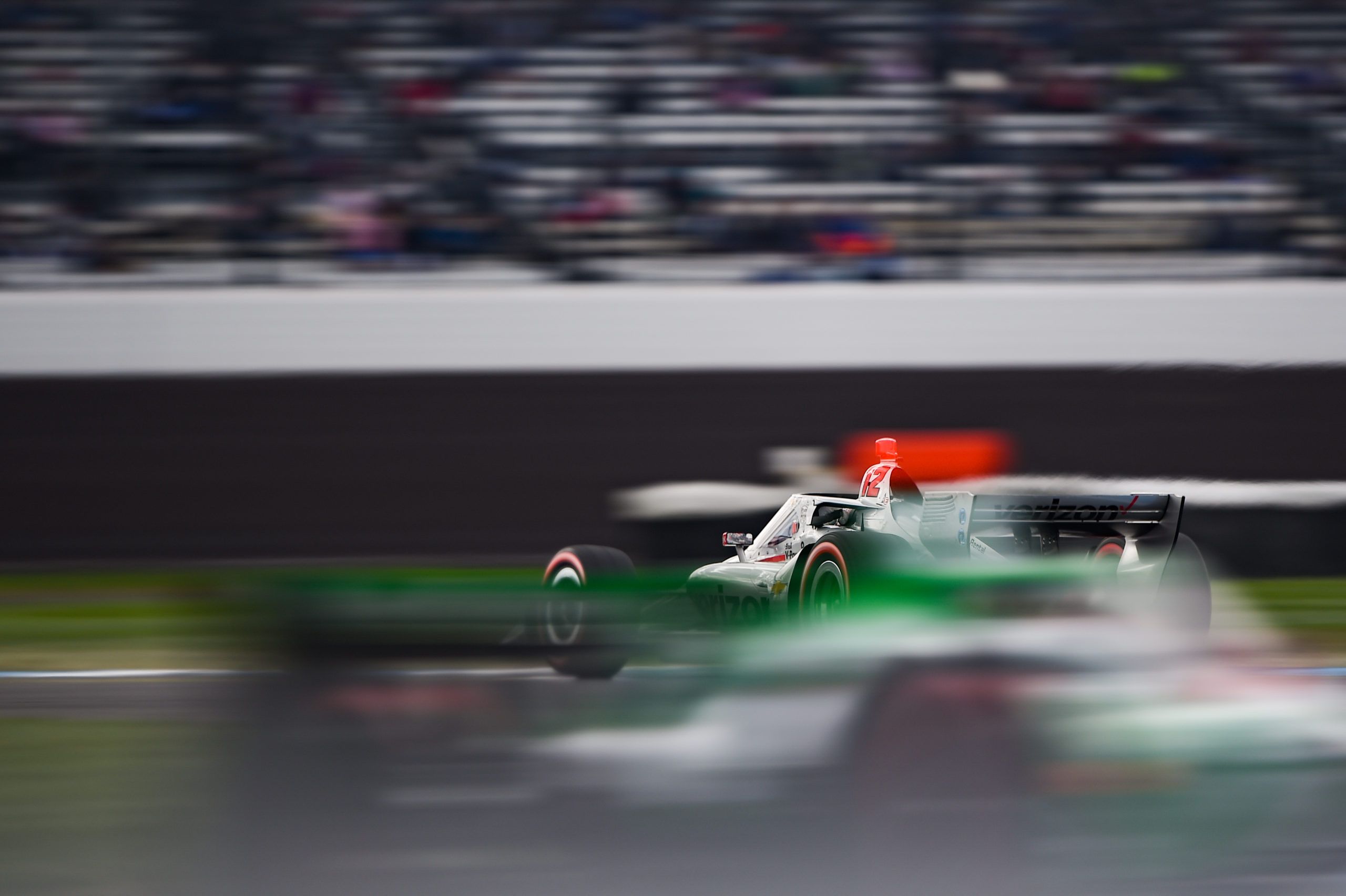 Team Penske driver Will Power ripped into the lapped traffic policy in IndyCar, also proposing changes to its push-to-pass system.

Power’s criticism of several elements of the current IndyCar product come after the second race of the Harvest GP doubleheader. It was a race that he won with relative ease, and yet still a source of frustration for the Aussie in many respects.

His efforts were very nearly derailed by Marco Andretti’s defensive antics whilst he was being lapped, the American driver who competes for the outfit of his namesake being relentless in his attempts to stay on the lead lap, and costing Power oodles of time to his rivals in the process.

Power lambasted the lack of any ‘blue flag’ mechanic in the rules, calling it ‘insane’. “Yeah, it was pretty intense because you had cars in front of you. That was the biggest problem. As soon as I had a bit of a gap, it made it easier for sure. Just lap traffic. I think we’re the only series in the world that lap traffic can actually race you. Insane. Insane,” he emphasized.

“What could change it? The rules. You work your backside off to be at the front racing. For someone to race you when they’re a lap down because they’ve done a bad job is just terrible,” Power said to media including FormulaRapida.net.

Power proposed a new iteration of the series’ push-to-pass system as one means of increasing the ease of overtaking, the Penske driver suggesting after the race that barring defending drivers from deploying the extra horsepower could assist passing.

The proposal is unlikely to be a popular one among IndyCar drivers due to various complications, but nonetheless Power touts it as a method that might serve the racing product well at select circuits.

“My take is we can create a lot more passing by having a ‘push to pass’ lockout system. Actually have the technology to do it. If you get within a second of a car in front, it locks his ‘push to pass’ out, he can’t use it.

“I feel like that’s what we should do on a short oval like Gateway, create passing, maybe even Texas and some of the superspeedways. Some of the tracks that have short straights, like St. Pete, Mid-Ohio, they should try it, implement it. I think they would see some really good racing,” Power said.