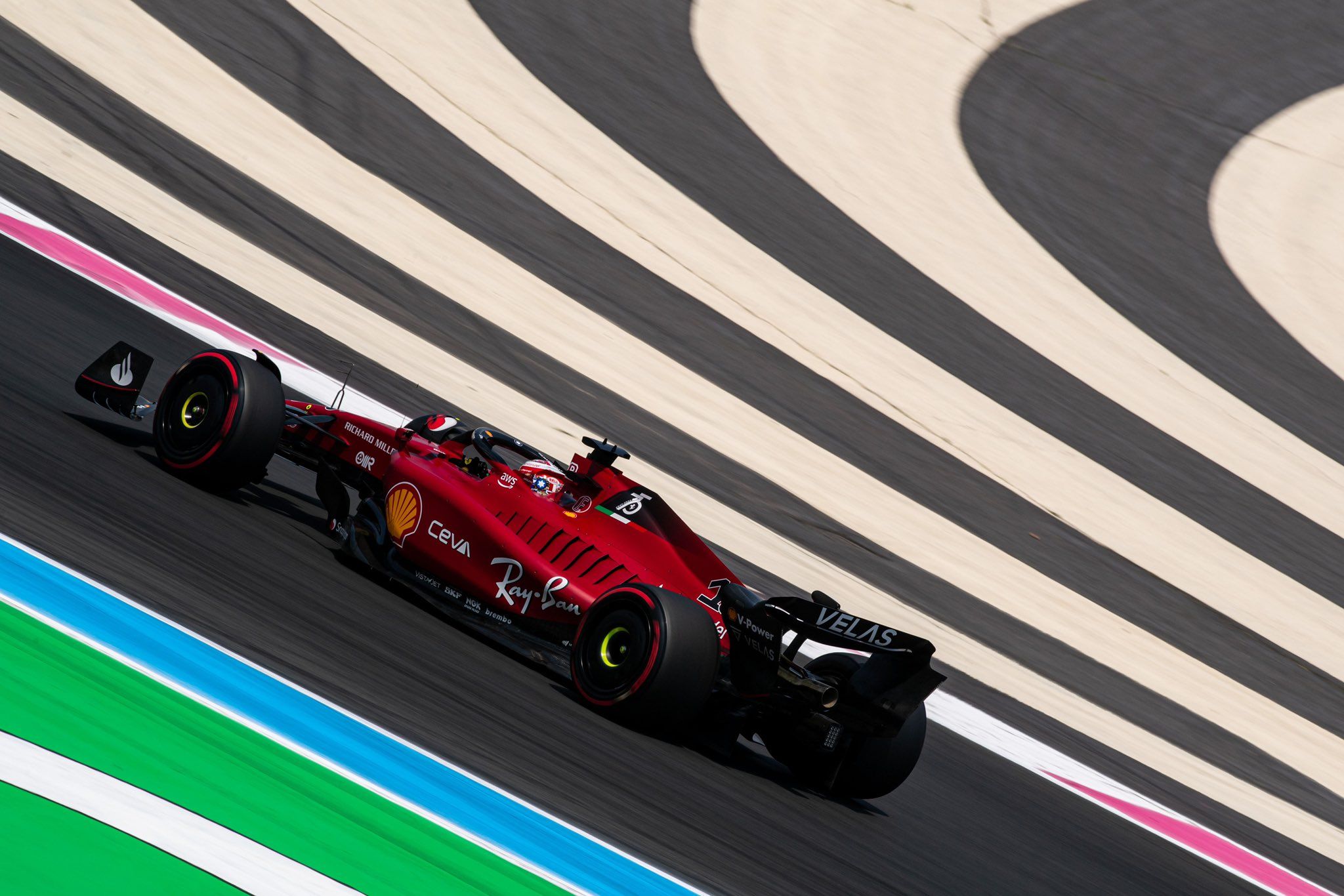 The first part in F1 French GP qualifying at Paul Ricard was relatively smooth which saw Ferrari’s Charles Leclerc lead the way with a 1m31.727s lap with teammate Carlos Sainz in third behind Red Bull’s Max Verstappen in the Top 3.

There was a spin for Williams’ Alexander Albon late in the session but the Thai still managed to make it in Q2. Haas’ Mick Schumacher jumped to Top 10 but track limits at Turn 3 meant his fast lap was deleted which knocked him out of Q1.

The German ended up 19th with a 1m33.701s, but neither Schumacher nor Haas were convinced about the deletion even though he did cross the white line. Another to be knocked out in 16th was AlphaTauri’s Pierre Gasly with a 1m33.439s lap.

The second part in F1 French GP saw Ferrari’s Sainz set an early lap of 1m31.081s with teammate Leclerc going faster late in the session but still ending up 0.135s short from his teammate. He pipped F1 title rival Verstappen, though.

The final part in F1 French GP qualifying saw Sainz help teammate Leclerc with slipstream on their first flying lap, which allowed the Monegasque to end up 0.008s quicker than Verstappen and secure provisional pole after his 1m31.209s lap.

The Spaniard did not set a lap time on his first run and returned to the track to help Leclerc again during the second and final run. That allowed the Monegasque to set a 1m30.872s lap to secure F1 French GP pole by 0.304s difference over Verstappen (1m31.176s).

Alpine’s Fernando Alonso (1m32.552s) was seventh from AlphaTauri’s Yuki Tsunoda (1m32.780s), as both Sainz and Haas’ Kevin Magnussen did not set a lap time considering they have engine penalty.