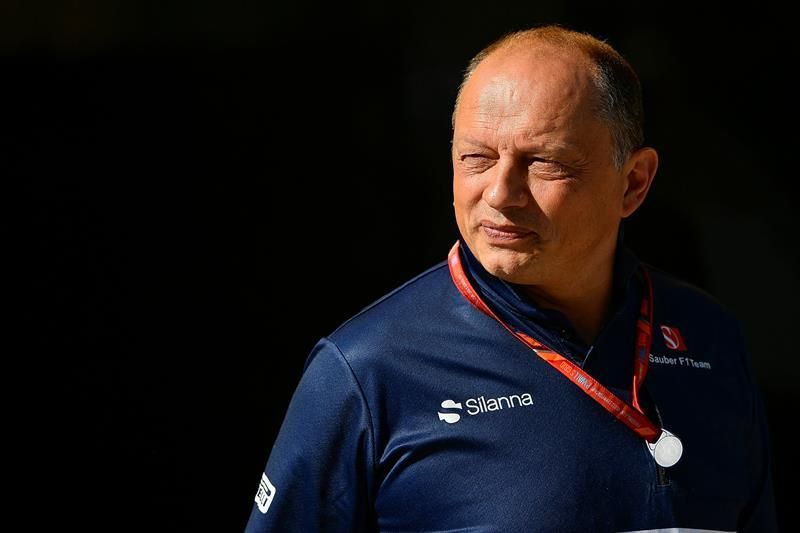 The C37, his first car made after the union between Alfa Romeo and Sauber, has taken its first official laps in the tests of this Monday. It is the start of a new ambitious project and in which its main boss, Frédéric Vasseur, has high hopes.

Vasseur has highlighted the enormous work Sauber has been doing for some time ago: “Yes, it has been a busy winter, but not only the winter, since we decided to join Ferrari in mid-July, which was a bit late, but It was an important decision for our future”, said Frédéric who does not want to set an objective for this 2018: “We do not have a marked position goal. I want the team to improve constantly. We are at the beginning of a new project, a long term one, and we have to evolve step by step, make the factory grow and much more. For that you have to improve the results.”

Frédéric explained how the first day went on track: “We have not had any problems, we have focused on reliability, we have collected a lot of data. I know it has been a bit boring for the drivers, but it’s part of the job“, said the Sauber boss who has admitted that his car proposal is different from the rest: “The car is quite different from the rest, but we believe that we have made these decisions, I would not call them risk, for something.”

Vasseur is cautious and warns that the project is long-term: “Everyone in the team struggles to obtain better positions. We know where we came from and we did a good job in the last part of the season. Now for the future, not only we have a new engine, we have to work in many parts and reach the goal. It will take time because it is our first season together”, Vasseur said. Although he does not deny that they are very motivated: “I think it has been an important step for the company. The motivation is very big. To have Alfa Romeo joining the team, new challenges. Motivation is part of the results.”

At the moment, he does not want to compare himself with other teams, since he has been asked if his main rival will be Haas: “No, it would be a mistake. We have to be focused on ourselves, on what we do, not others.”

He also wanted to leave a message for Wehrlein: “Pascal’s situation is what it is. He has the support of Mercedes and it was difficult to imagine him in the long term in the Alfa Romeo project, because he is a driver linked to Mercedes.”