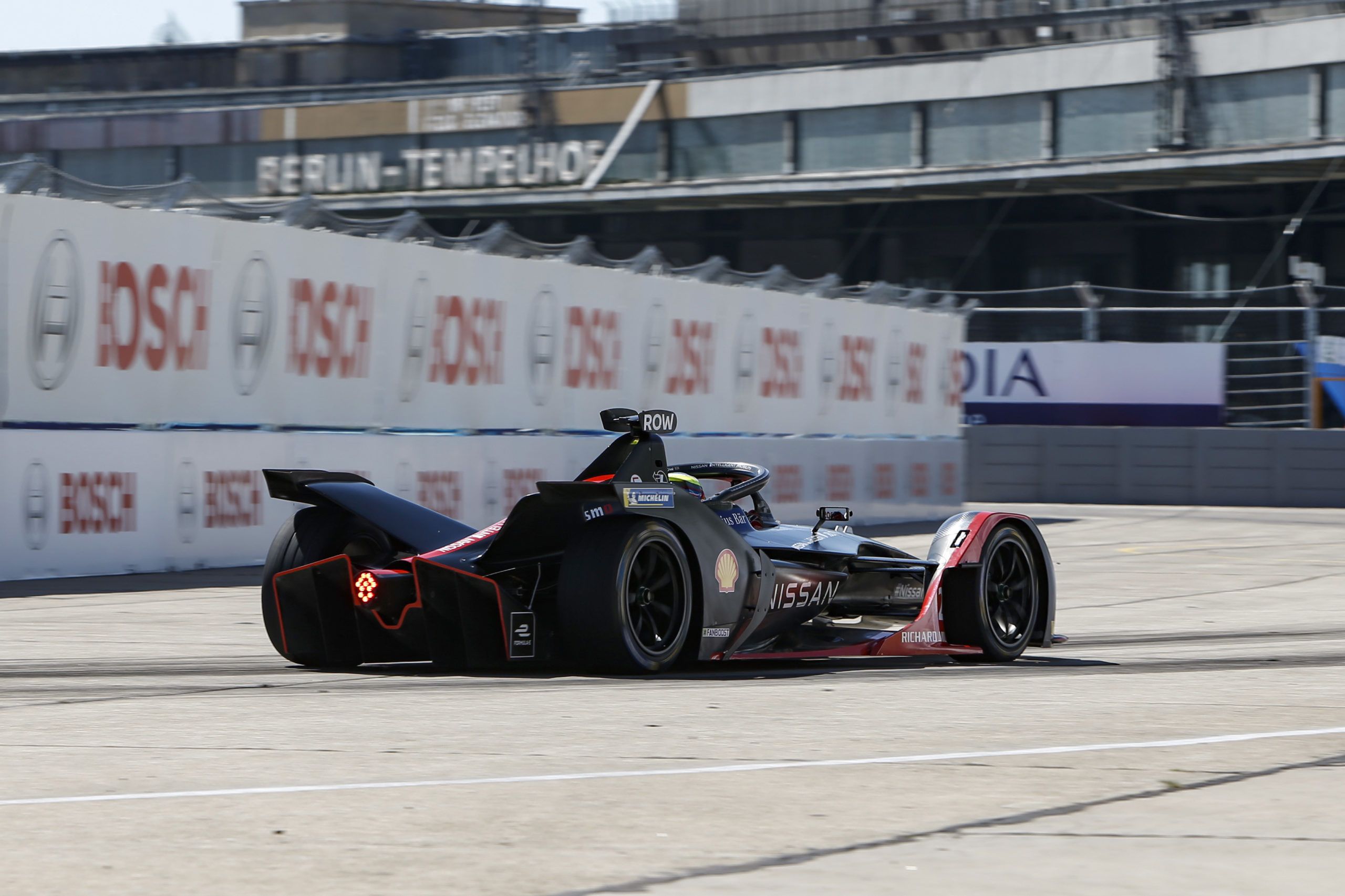 The qualifying had some controversy to kick-start the final two races of the 2019/20 Formula E season in Berlin as the likes of DS Techeetah’s Antonio Felix da Costa, Audi’s Lucas di Grassi and Nissan’s Sebastien Beumi couldn’t set a time.

They had to start from the back of the grid as pole-sitter Nissan’s Oliver Rowland led the way comfortably from Envision Virgin’s Robin Frijns and Porsche’s Neel Jani in the Top 3. Mahindra Racing’s Alex Lynn steadied in fourth with Porsche’s Andre Lotterer gaining.

He was up to fifth with Audi’s Rene Rast and Jaguar Racing’s Tom Blomqvist dropping to sixth and seventh ahead of Venturi pair of Felipe Massa and Edoardo Mortara as GEOX Dragon’s Sergio Sette Camara rounded out the Top 10 positions.

There was mayhem at the fag end of the Formula E field after a collision between Mercedes’ Nyck de Vries and Envision Virgin’s Sam Bird as the latter was forced to pit and drop back. BMW Andretti’s Maximilian Gunther was forced to retire though.

Replays showed that he was hit by di Grassi while they were battling along with Mahindra’s Jeorme D’Ambrosio. Despite that clash, the Brazilian continued gaining places along with da Costa and Buemi as penalty loomed for DS Techeetah’s Jean-Eric Vergne.

The Frenchman had a slow start and was under investigation for battery over-cooling. He was handed a drive-through penalty eventually as Rowland led the way from Frijns and Jani, who had Lotterer on his tail after the German passed Lynn.

Behind, Mortara got up to seventh with Jaguar’s Mitch Evans moving up to ninth with Massa dropping outside the Top 10. The order changed as the Kiwi gained on the Monegasque to be seventh as BMW Andretti’s Alexander Sims moved up to 10th.

The Brit had the company of da Costa, Buemi and Mercedes’ Stoffel Vandoorne close by. Up front, Lotterer had track position on teammate Jani in third with Rast getting the better of the Swiss as well as Lynn, with the Mahindra racer losing two places.

It was a straight run to the finish as Rowland secured his first Formula E win in Race 5 of Berlin finale as Frijns secured second from Rast, who barged his way through Lotterer in the final few corners to secure his maiden podium finish.

Lynn passed Jani for fifth as Evans, Mortara, Vandoorne and Buemi rounded out the Top 10 positions with Sims, Blomqvist just losing out after da Costa retired with the final lap to go.