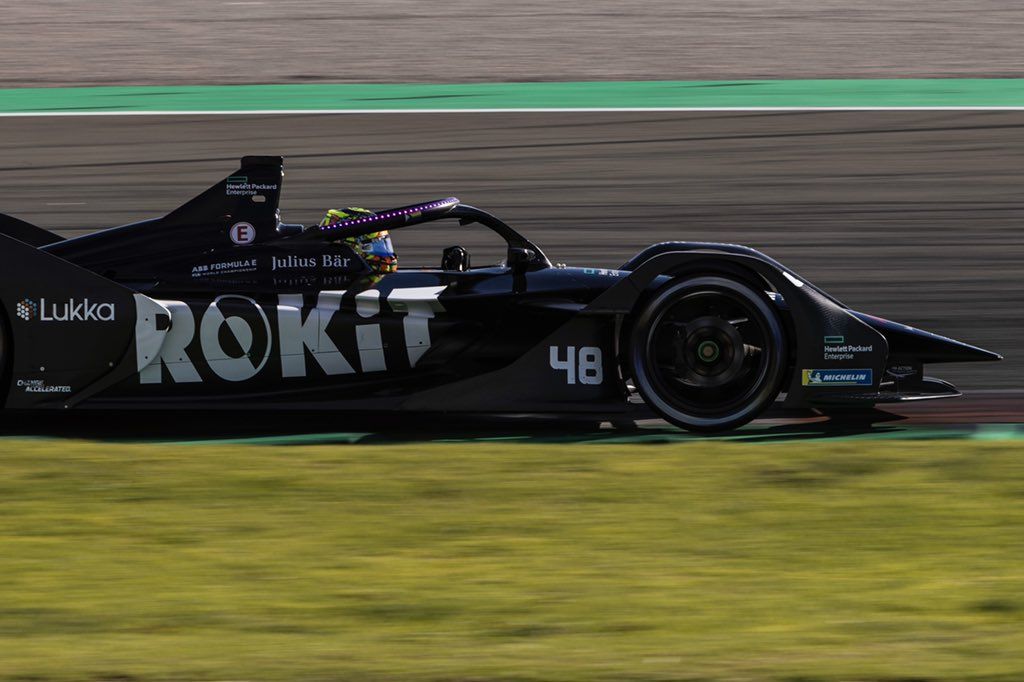 After a break on Wednesday, Formula E test action returned for its final day at Valencia on Thursday, as Venturi’s Edoardo Mortara ended up fastest with a 1m25.763s lap from DS Techeetah’s Jean-Eric Vergne (1m25.804s), who was only 0.041s behind.

Day 2 pace-setter Mercedes’ Stoffel Vandoorne was a further 0.057s aloof with Jaguar Racing’s Mitch Evans not far off in fourth. Porsche’s Pascal Wehrlein made it five different Formula E teams in the Top 5, with the second Mercedes of Nyck de Vries in sixth.

The Envision Racing pair of Nick Cassidy and Robin Frijns were next up in seventh and eighth as the Top 10 was rounded out by DS Techeetah’s Antonio Felix da Costa and Mahindra’s Alexander Sims who led the second Jaguar of Sam Bird.

The other Mahindra of Oliver Rowland was 13th behind the leading Andretti of Jake Dennis, as Venturi’s Lucas di Grassi led Porsche’s Andre Lotterer in the Top 15. The Nissan e.dams had a lowly session to be 16th and 18th respectively.

Sebastien Buemi was ahead of Maximilian Guenther whereby Andretti’s Oliver Askew was 17th. The American caused an early red flag after he spun at Turn 8, requiring a stoppage to recover the car. The other red flag was caused by Dragon’s Sergio Sette Camara in 19th.

He stopped at Turn 7. The NIO 333 pair of Oliver Turvey and Adam Carroll were 20th and 21st, with the latter filling up for Daniel Ticktum who flew to Saudi Arabia for his F2 weekend. Likewise Dragon chose not to run anyone after Antonio Giovinazzi went for F1.

#ABBFormulaE #FETesting Results Test Session 5. @Anto_Giovinazzi didn't set a time as he was on his way to Saudi Arabia for F1. Since there was no reserve driver left to take the car around, it stayed in the garage. #MsportXtra @FormulaEZone pic.twitter.com/HUMDa0WRfN