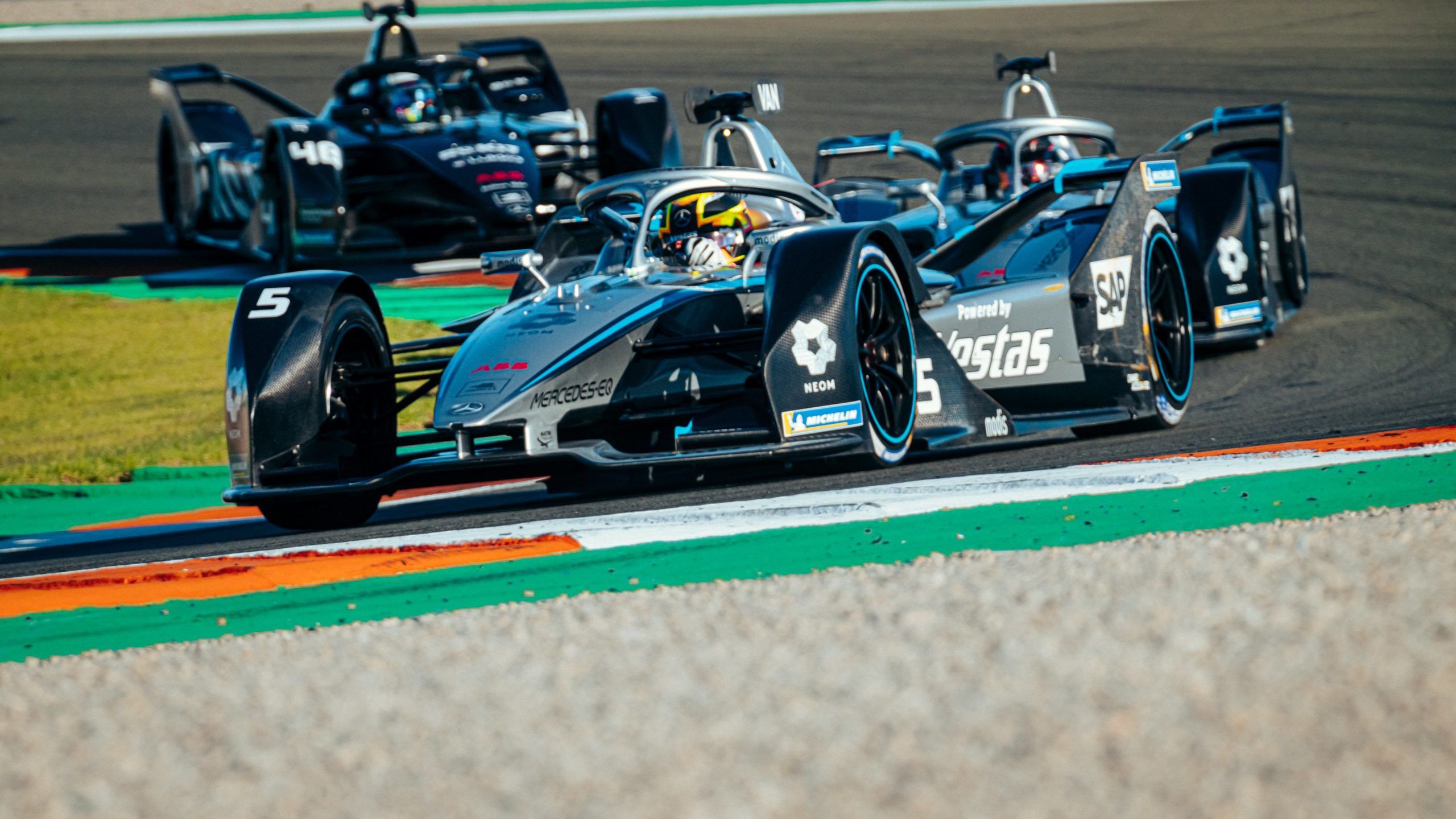 Mercedes bounced back on Day 2 of Formula E test at Valencia with Stoffel Vandoorne ending up fastest with a 1m26.045s lap which was 0.044s quicker than Venturi’s Edoardo Mortara whereby Andretti’s Jake Dennis was a further 0.011s behind.

The Top 3 were rounded out by just the 0.055s in a close end. Mercedes’ Nyck de Vries was fourth in a good day for the German Formula E team with Porsche’s Pascal Wehrlein just 0.011s behind the Dutchman and reigning champion.

Jaguar’s Mitch Evans was sixth from the second Venturi of Lucas di Grassi while Mahindra duo had a better day inside the Top 10 with Oliver Rowland ahead of Alexander Sims with just the 0.093s difference, as Porsche’s Andre Lotterer was 10th.

The German was in front of the field initially but dropped behind after late improvements. The lead Formula E rookie was Oliver Askew in the Andretti car in 11th ahead of Dragon Penske’s Sergio Sette Camara, while Nissan e.dams’ Sebastien Beumi was 13th.

Jaguar’s Sam Bird lined-up 14th from Envision Racing’s Nick Cassidy where the Top 15 set their best time in the afternoon session. DS Techeetah’s Antonio Felix da Costa was 16th overall after he led the way in the morning session after race pace focus in second half.

Nissan e.dams’ Maximilian Guenther was 17th then from Dragon Penske’s Antonio Giovinazzi, who had a much better outing on Day 1 with a better lap time. The NIO 333 pair of Oliver Turvey and Daniel Ticktum ended up 19th and 20th.

DS Techeetah’s Jean-Eric Vergne was only 21st after he caused a red flag due to a spin. He led Envision Racing’s Alice Powell, who filled in for Day 1 pace-setter Robin Frijns. There will be a break on Wednesday with testing action to resume on Thursday for the final day.