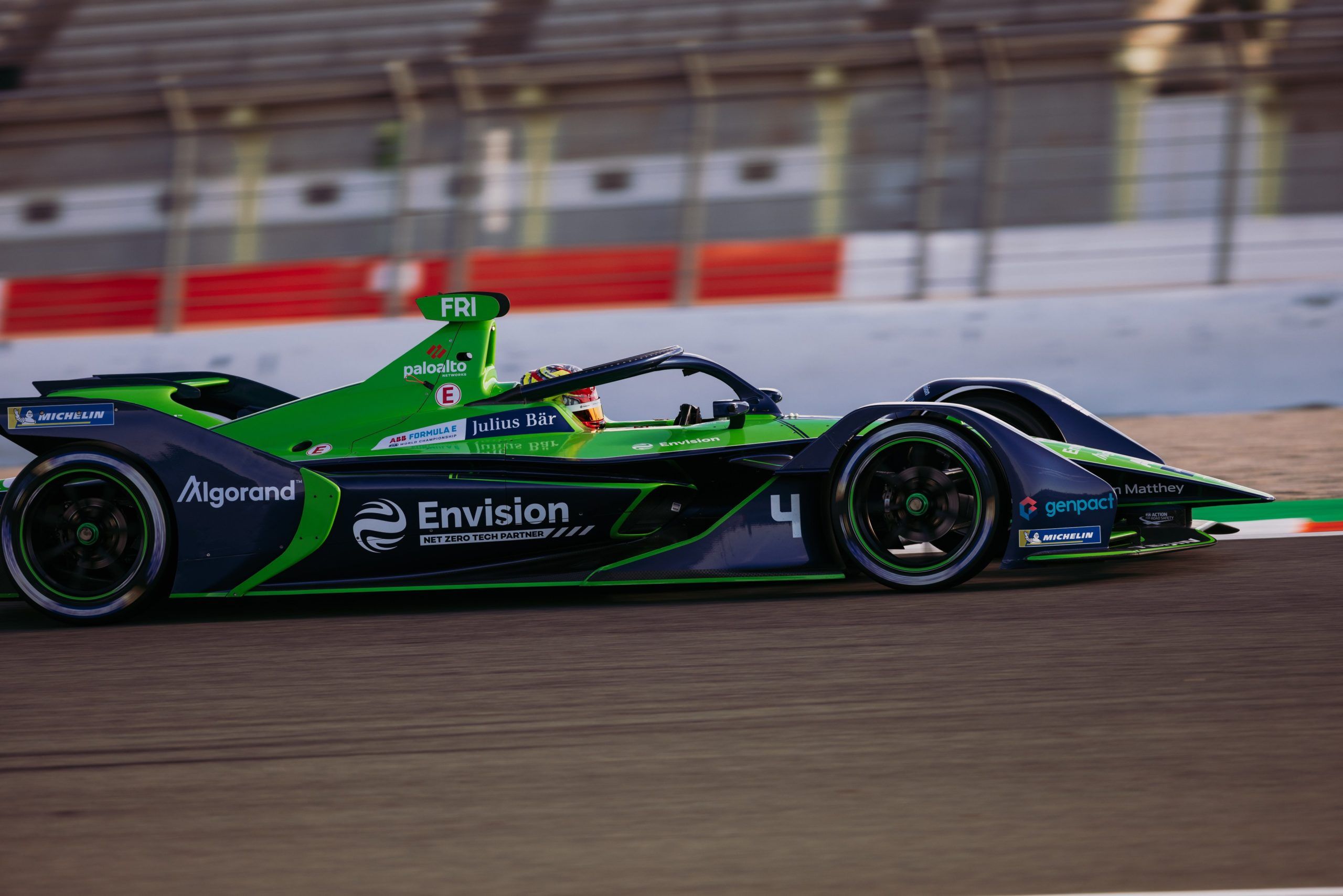 Envision Racing’s Robin Frijns kicked-off the three-day Formula E pre-season test at Valencia by topping the standings on Day 1 with a 1m26.968s lap, finishing ahead of the DS Techeetah pair of Jean-Eric Vergne (1m27.141s) and Antonio Felix da Costa (1m27.143s).

It was all Envision and DS Techeetah in the Top 4 with Nick Cassidy in fourth, while Jaguar’s Sam Bird rounded out the Top 5. The cars were fairly reliable all-through the day despite power increase to 220 kW with some issues being sorted out by yellow flag.

The lone red flag was for the cone being uprooted from its position. The day was divided into two sessions with a lunch break, where the second half ended early to give time to teams to learn the new qualifying format based on their testing times.

Back to the test runs, Porsche’s Andre Lotterer was sixth after Bird’s fastest time came in the morning session to disrupt an all-Top 5 from afternoon running. The Brit’s teammate Mitch Evans was seventh with Venturi’s Lucas di Grassi just behind him.

The Brazilian also set his best time in the morning run like his teammate Edoardo Mortara to be ninth as Andretti’s Jake Dennis rounded out the Top 10. Mahindra’s new recruit Oliver Rowland was 11th ahead of the Mercedes pair with a low-key run.

It was Nyck de Vries ahead of Stoffel Vandoorne in 12th and 13th, while Nissan e.dams pair were next where Sebastien Buemi edged out Maximiliam Guenther. They pipped Porsche’s Pascal Wherlein as his Mahindra replacement Alexander Sims was 17th in the order.