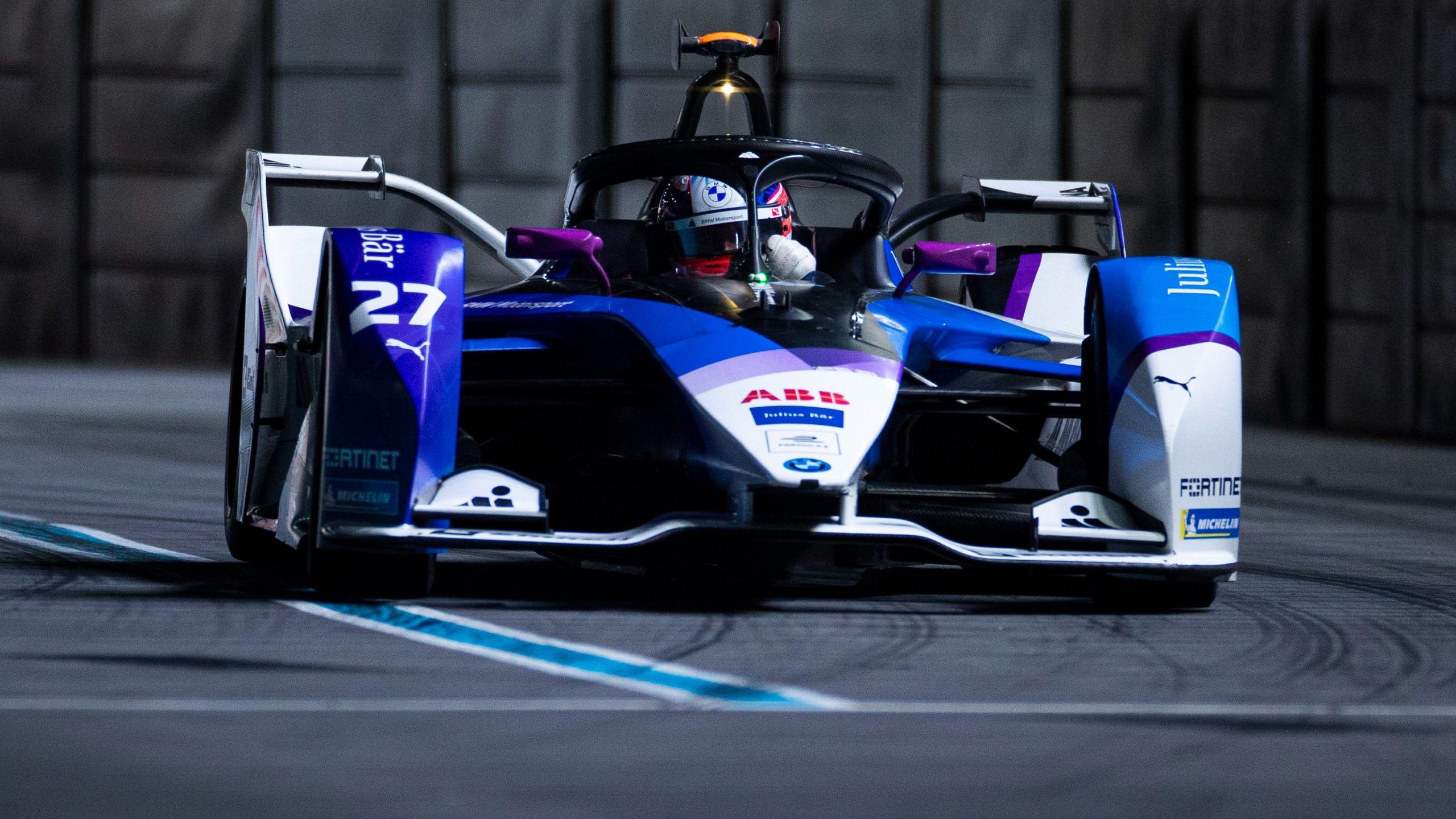 Pole-sitter Alexander Lynn started the Race 1 of Formula E London EPrix well to lead the race, but teammate Alexander Sims did not have similar situation. The chaos in the pack caught him out and forced him to retire immediately.

Venturi’s Norman Nato was sixth from Audi’s Lucas di Grassi, Mercedes’ Nyck de Vries, Jaguar’s Mitch Evans and Audi’s Rene Rast in the Top 10. There was a retirement for Jaguar’s Sam Bird, while NIO’s Tom Blomqvist pitted with a damage.

Few laps later Evans pitted to retire as the team looked at the rear of the car. The pre-race penalties saw BMW Andretti’s Maximilian Guenther and DS Techeetah’s Jean-Eric Vergne getting a 10s stop and go penalty, for the parts changed ahead of the race.

There was 5s time penalty for Venturi’s Nato for causing a collision at Turn 17 when he tried a move, which dropped him outside the Top 10. Audi’s di Grassi, meanwhile, was shown a black and white flag for his tussle against Camara.

At the front, Lynn and Dennis pulled out a gap from Buemi, who had multiple cars on his tail, with Lotterer, Rast, de Vries and di Grassi in the mix, while Mercedes’ Stoffel Vandoorne, Nato and DS Techeetah’s Antonio Felix da Costa made it inside the Top 10.

It started to look tasty at the front when Dennis started to pile the pressure on Lynn. The Mahindra racer used his second Attack Mode earlier than the BMW Andretti driver and while the former tried to keep himself with the latter, he had a race-defining lock-up.

Lynn lost pace, which allowed Dennis to take the Attack Mode at ease and remain ahead. Buemi, meanwhile, lost to de Vries for third after a solid move at Turn 10 in the inside. Lotterer was fifth with Rast in sixth, after a solid recovery drive.

He even cleared teammate di Grassi, who was sixth. Behind, Vandoorne cleared Nato for eighth as da Costa rounded the Top 10 from Nissan e.dams’ Oliver Rowland. At the front, Dennis eased in to to win Race 1 of London EPrix Formula E weekend.

De Vries was second with a Fan Boost move on Lynn, who had to settle for third. Buemi was fourth from Lotterer, who fended off di Grassi after he cleared teammate Rast. The German retook the place as per team order to end up sixth.

Post-race, both Buemi and Rowland were put under investigation for energy overuse, while Guenther was handed a penalty for a collision with NIO’s Oliver Turvey.

UPDATE: As was looking like, both the Nissan e.dams racers have been disqualified from the London Formula E race after energy overuse from them. The statement from the stewards stated: “The total Energy used was over the maximum of 47 kWh (48-1) as decided by the Race Director.”

Buemi finished fourth, while Rowland was 10th, but with a DQ, it promotes Lotterer to fourth from Rast, di Grassi, Vandoorne, da Costa, Mortara and Wehrlein in the Top 10.