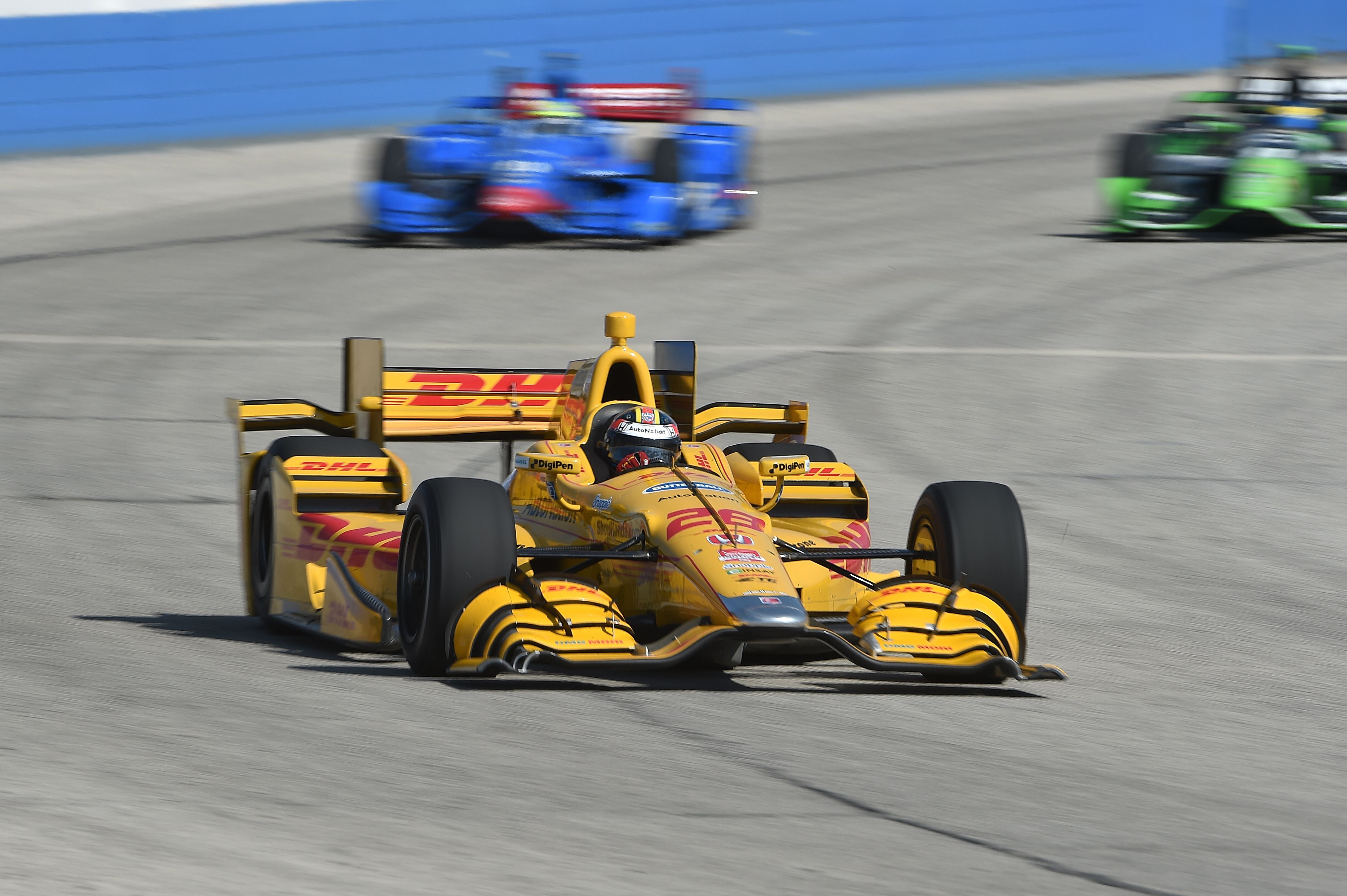 Ryan Hunter-Reay got his first victory of the season at the Iowa oval, becoming the 9th winner this season. It’s the second win for Andretti Autosport this season. Josef Newgarden was 2nd and Karam got his first IndyCar podium on 3rd.

Helio Castroneves started on pole ahead of Tony Kanaan and Juan Pablo Montoya. The Colombian has been the only driver on top of the championship so far this year. Castroneves had a jump-start and it had to be repeated again. He lost his position to the Ganassis of Kanaan and Dixon.

Juan Pablo Montoya had to retire very early in the race after he broke the suspension on his Penske while he was on 6th. Bourdais used this first caution to pit for the first time.

Dixon was fighting for the lead with Kanaan and Castroneves, while Rahal had a slow puncture which took him out of the fight for the win.

Castroneves got the lead of the race ahead of the Ganassi, started lapping cars and increasing the gap with Kanaan. The drivers started pitting right after that, and Dixon had a slow pit stop.

Castroneves stayed ahead of Newgarden, Dixon, Kanaan, Karam and Hunter-Reay. Newgarden was able to overtake Castroneves thanks to the lapped cars, whith Juntin Wilson crashing against the wall and continuing with a puncture, forcing everybody to stop.

The race was resumed on lap 121, with Newgarden and Castroneves fighting for the lead. Kimball crashed on turn 2 and all the drivers pitted. Rahal stalled the car, while Dixon had another slow pit-stop because of a front wing change. Newgarden was still first ahead of Castroneves, Kanaan, Hunter-Reay and Muñoz.

After the green flag, Hunter-Reay was very aggressive and went up to 2nd position. Castroneves lost positions and was 7th. Tony Kanaan had to retire from the race.

Dixon finally had to retire because of a loss of power his team couldn’t fix. Hunter-Reay managed to go back on track ahead of Newgarden, Karam and Muñoz after their last pit-stop. Another pace car appeared after Sato had a similar accident to Montoya’s.

Hunter-Reay was unstoppable on the last laps and there was nothing Newgarden could do to win. Karam got 3rd after some intense fights on track, especially with Carpenter.