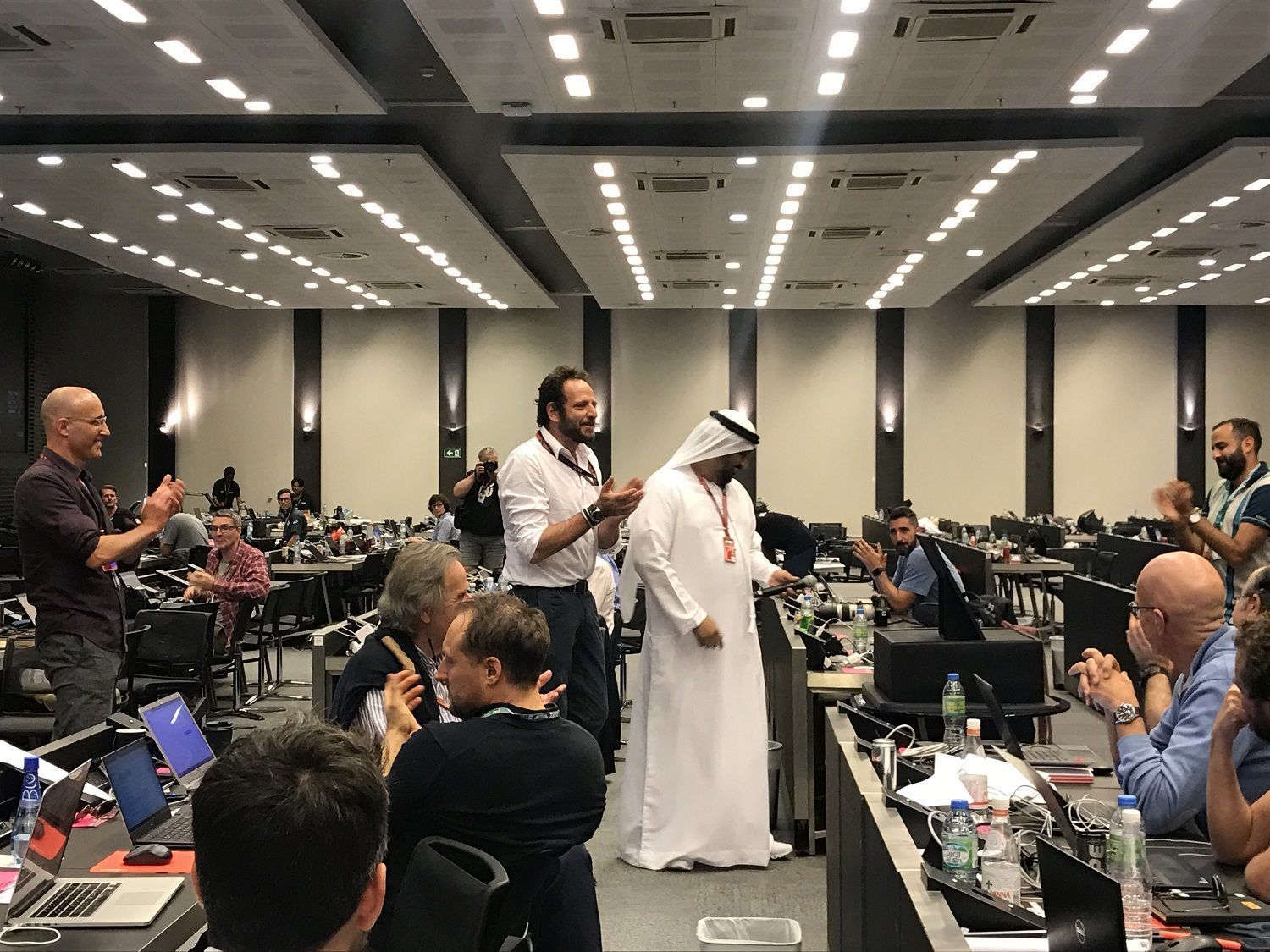 Longtime FIA’s Head of F1 Communications, Matteo Bonciani, has decided to leave his position from the role and become a consultant.

Bonciani joined the FIA as a Media Delegate in 2010. Over the years, his role changed to being the Head of F1 Communications under Jean Todt as he quickly became a common name within the media world, whom he looked after at F1 races.

The Italian was the man to lure and get a media accreditation for races to attend, which he duly did with a smile if he found you to be genuine and a hard-working person. Personally, I have had brief interactions with him when I started attending F1 races.

By the time I started going to races, he already became a huge personality – the one you can easily get intimated with, especially with Bonciani’s tall figure but inside it, you could always see a passionate person, ready to help whenever needed.

Previous to his current work, the journalist-turned-communications person was with Fiat/Ferrari for years under Todt and Luca di Montezemolo. After Todt left to become the FIA President, the Frenchman took Bonciani along and his position only grew.

After eight years of traveling to more than 150 races, Bonciani wasn’t to be seen at F1 races with his wife delivering a third child. In case you don’t recall the tall figure, he can always been seen at the press conferences and also at parc ferme post race end.

Bonciani has taken up a consultant role with the FIA though, with his place at F1 races been taken up by Olivier Fisch as the ‘Director of Communications for the FIA’ and he is being helped by former Formula E media delegate Tom Wood helping him.

“After nearly a decade with the FIA and eight years living on the road with F1, the time has come for me to slow down and seek a new challenge,” said Bonciani. “It has been a real privilege to work with some of the world’s great minds across sport, engineering, technology, and the media.

“My F1 colleagues have become a second family; I will miss every member.” Meanwhile, Todt added: “I would like thank Matteo for his commitment over the past number of year in promoting the role of the FIA and in accompanying journalists in their media coverage of the FIA most prestigious championship, which is the pinnacle of motor sport.”

The statement from the governing body said:

“After eight years at the FIA as Head of F1 Communications and Media Delegate for the Formula 1 World Championship, Matteo Bonciani has elected to step back from this role. He will become a consultant within the FIA.

“Based at the FIA’s headquarters in Paris, Bonciani attended more than 150 consecutive FIA Formula One World Championship Grands Prix at which he was responsible for FIA communications relating to the Federation’s flagship single-seater championship.

“As well as liaising with media and managing media center, Bonciani was also active in maintaining links, in terms of Communications, with the sports team and the series promoter.

“Acting Formula 1, Olivier FISCH, Director of Communications for the FIA, and Tom Wood, former FIA Formula E Championship Media Delegate, have been in place at the races since the start of the 2019 season.”