The FIA has surprisingly released a statement regrading the pace of the safety car used in F1 amid talks of difference from the drivers.

This is in turn affects the tyre warm-up. All of the three races in the 2022 F1 season has seen safety car periods, with the first two races featuring the Mercedes safety car while Australia featuring the Aston Martin for the first time in the year.

The Australian GP post-race press conference led to joke among drivers, where George Russell noted that the Mercedes safety car is about five seconds faster than the Aston Martin. Even Max Verstappen felt the pace difference between the two different cars.

Charles Leclerc sort of agreed to the statements, but noted that he saw Aston Martin sliding around the corners and understood the situation which is why he didn’t complain. But then he joked that they could use a Ferrari as a safety car in future.

The FIA further adds that the pace of the safety car is a secondary matter in this regard where the safety of the drivers and others involved is the primary target. Here’s the full statement in this regard: 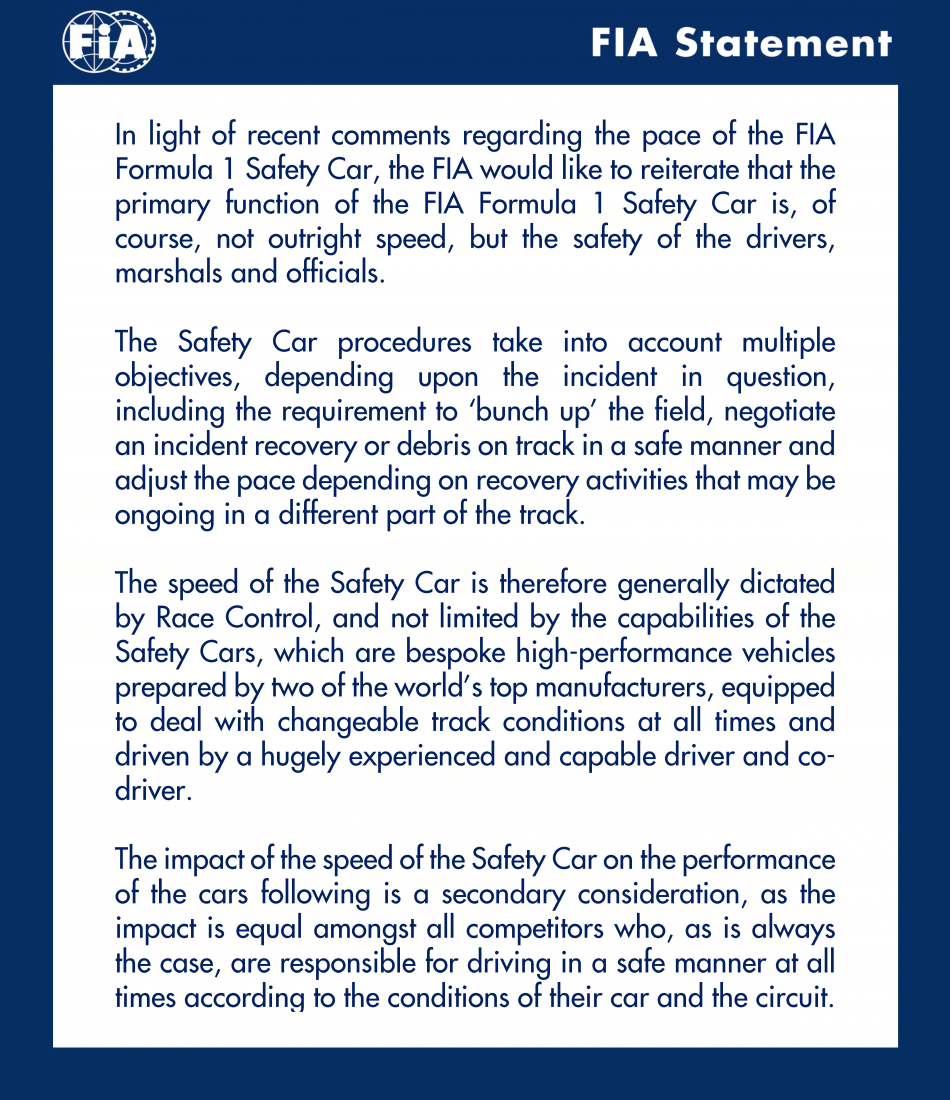 Here’s what some of the F1 drivers said