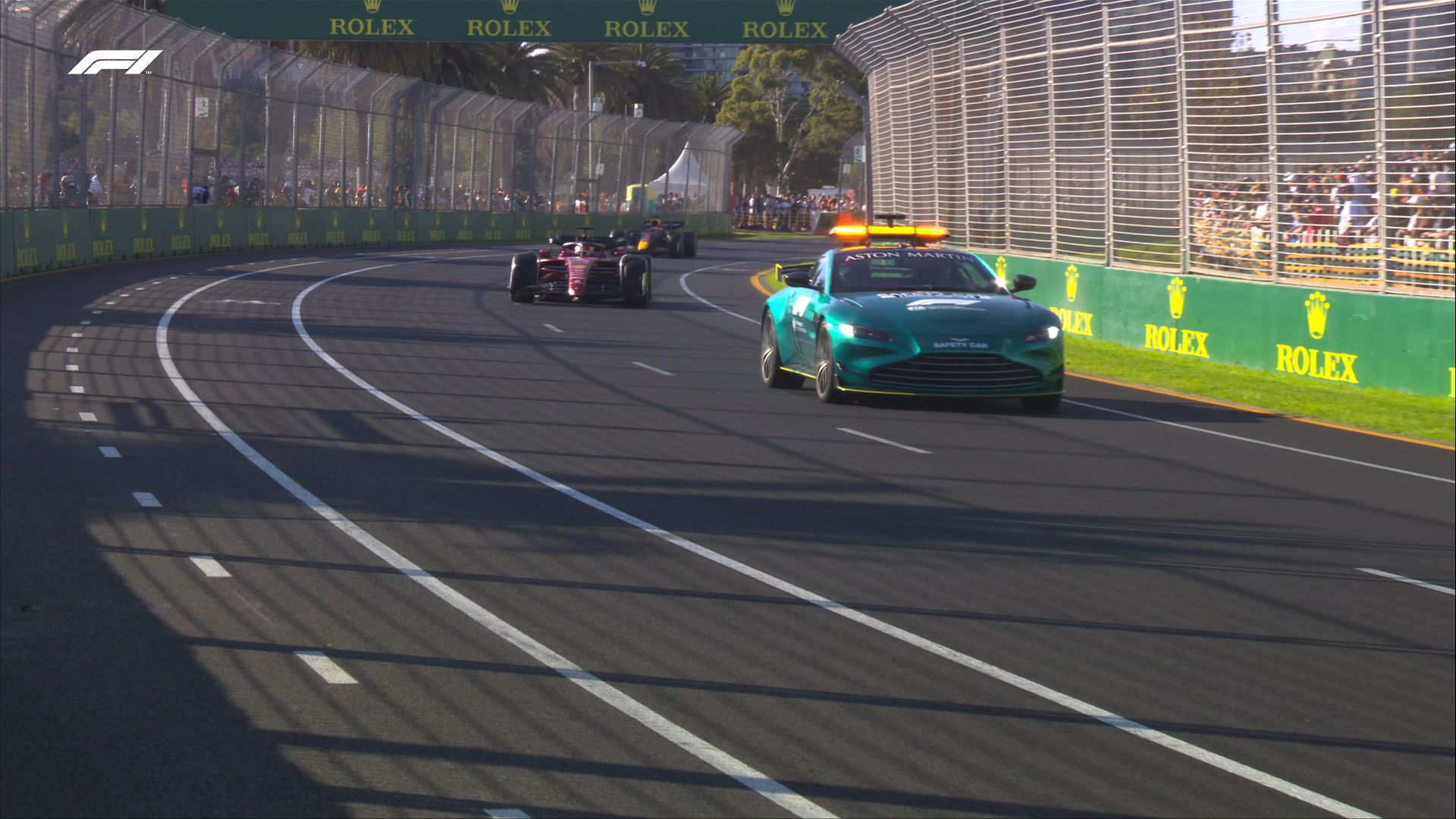 Charles Leclerc shares his view on the speed of the Aston Martin Safety Car, and that he didn’t want to put “too much pressure” on it by complaining on the radio, unlike Max Verstappen who felt it is far too slow.

The Ferrari driver looked untouchable throughout most of the F1 Australian GP, dominating by the biggest margin to another team seen by a Ferrari for two decades. It was only at the Safety Car restart where Leclerc looked to have a rival in Max Verstappen who attempted to capitalise on the Monegasque’s slow restart.

Leclerc held him off and later confirmed that he’d picked up a bit of tyre debris on the outside of the last corner when trying to get a good slingshot onto the pit straight at the restart when the Aston Martin Vantage dived into the pit lane.

Unlike Mercedes-AMG’s all-new 730bhp GT Black Series, which replaces the GT R, the Vantage is unchanged for this season and features a lot less track-focused features than the Black Series. The Aston Martin produces 530bhp in comparison from a 4.0 litre turbocharged V8.

Red Bull driver Verstappen complained about the speed of the Aston Martin Vantage during the race, comments of which Leclerc disagreed with after following it more closely for the pair of neutralised periods of the race. He puts more of the blame onto the state of his and others’ tyres.

“To be honest it always feels too slow in the car because with those Formula 1 cars, we have so much grip and it’s very, very difficult, especially on the compound we were all on, which was the hards,” explained Leclerc. “I was struggling massively to put some temperature in them so I also struggled.

“Then, to be honest, I wanted to complain, but then I checked how much the safety car was sliding in the corner and I don’t think there was anything more that he could give so I didn’t want to push too much pressure. And yeah, it’s the way it is. But yeah, for sure with the cars that we have now it’s very difficult to keep the temperatures in the tyres behind the safety car,” summed up Leclerc.

Verstappen told written media that the Aston Martin was “like a turtle”, and demanded an investigation into the suitability of the car to head the field in an F1 race. “It’s just that there’s so little grip because the safety car was driving so slowly,” Verstappen stated. “It was like a turtle. Unbelievable.

“With that car, to drive 140km/h on the back straight where that was not a damaged car anymore, I don’t understand why we have to drive so slowly. We have to investigate. For sure, the Mercedes safety car is faster because of the extra aero. The Aston Martin is really slow. It definitely needs more grip because our tyres were stone cold.

“We went into the last corner, and I could see Charles understeering, so I’m like ‘OK I’ll back off a bit more and get a better line’. But it’s pretty terrible, the way we are driving behind the safety car at the moment,” summed up Verstappen.

Mercedes’ George Russell joked that “we don’t have the issue with the Mercedes AMG safety car” – a point Verstappen brought up previously. “On a serious note the Mercedes AMG is like five seconds a lot quicker than the Aston Martin safety car, which is pretty substantial,” he said. Leclerc lightheartedly suggested that what Formula 1 needs is a Ferrari Safety Car that would be “five seconds quicker”.