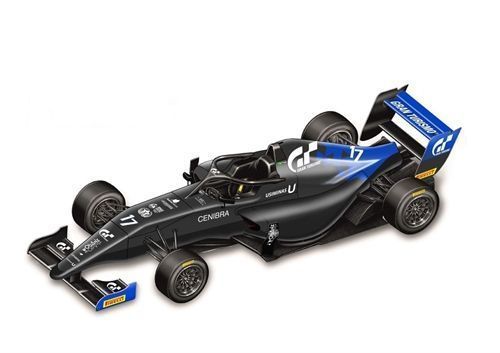 The first winner of FIA-certified Esports championship Igor Fraga will continue on his real world racing path as he joins Formula Regional European Championship for 2019.

Fraga is not new to single-seater racing, having done well in Brazil and America with the 2017 Formula 3 Brasil Academy Class title in his bag along with a fourth place finish in the 2018 USF2000 series as a rookie driver in the IndyCar junior ladder.

Along with his on-track heroics, the Japanese-born Brazilian took the first-ever FIA-certified Gran Turismo Nations Cup in Monaco last year, the trophy he received in the glittering FIA Prize Gala event in Russia at the end of last year.

He was then signed up by McLaren Shadow Project, the McLaren F1’s Esports team, for the 2019 season which he will now dovetail with racing on-track in the new national F3 series, the Formula Regional European Championship.

Fraga has joined DR Formula by RP Motorsport outfit alongside Mexico’s Raul Guzman, who has already kick-started the testing programme for the 2019 season. He also re-unites with Danilo Rossi, with whom he raced with in karting.

In the wake of the news of the cancellation of DTM-run Formula European Masters series, the Formula Regional European Championship may see some of the drivers preparing for that championship now joining the regional F3 series for 2019.