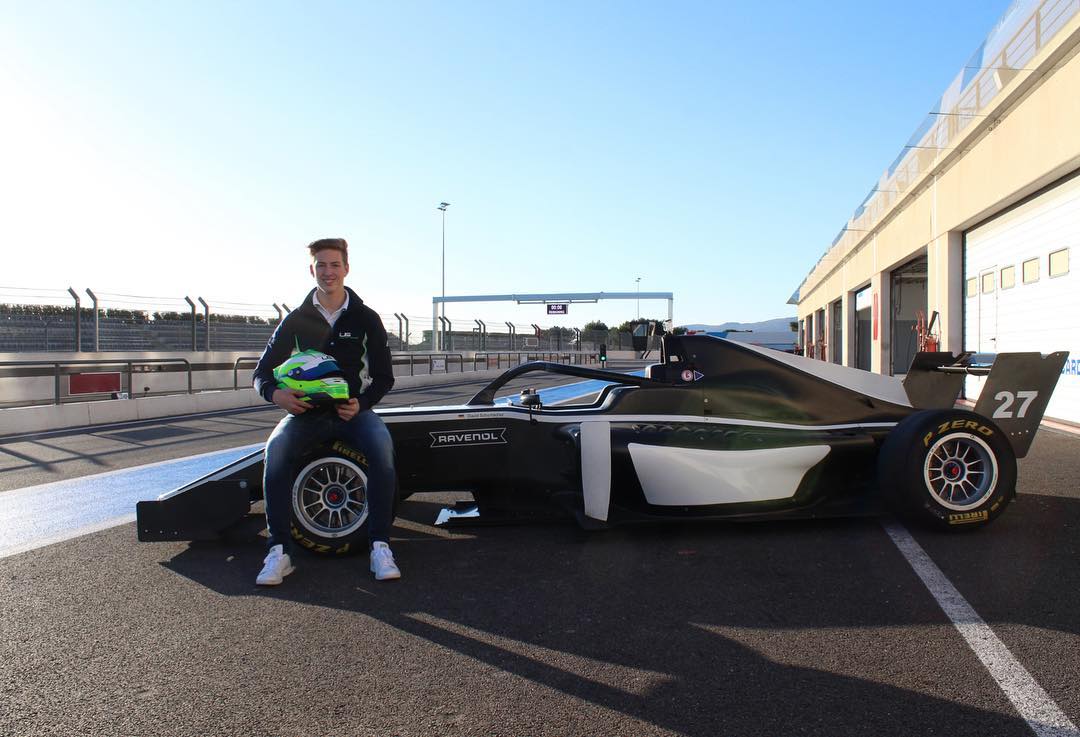 David Schumacher has been confirmed to take a step up in his career as he will compete in the inaugural Formula Regional European Championship for the 2019 season.

Schumacher will race for his father’s team US Racing, which announced its participation in the regional F3 championship last month with two cars. The German secures a full-time F3 move after racing in selected rounds of Euroformula Open in 2018.

Having only made his single-seater debut last year in the ADAC F4 championship along with competing in the 2018/19 F4 UAE and also the 2019 F3 Asian Winter Series, Schumacher is taking the step up in the new championship.

“After the end of last season, me and my Team US Racing decided together to go one step further in single-seater racing,’ said Schumacher. “During the winter season I had already the chance to get some more experiences in race events in the Euroformula Open Championship and the Asian F3 Winter Series.

“The new founded Formula European Championship is an interesting race series with an exciting race calendar and many international race tracks. Also the new Tatuus race car is really interesting and fun to drive, though it is a lot different than driving in Formula 4.

“I am really looking forward to this new challenge and am very happy to race again this season with my Team US Racing.” Schumacher’s teammate is yet to be confirmed, but seats are getting filled up with other teams announcing their drivers.

“We are proud to announce that David will be part of US Racing again this season,” said US Racing team manager Gerhard Ungar. “In last year’s ADAC Formula 4 season, he showed a good driving quality by winning the rookie title at the end of the season.

“For David and us it was the right step to move one step further in the next higher single seater category. The new Formula Regional European Championship will have its premier season this year, we are now looking forward to this new challenge with David.”

Like Michael and Ralf, both the younger Schumacher cousin brothers are also well into racing with Mick gearing up for his maiden FIA Formula 2 Championship campaign with Prema as a Ferrari junior, after winning the European F3 title last year.