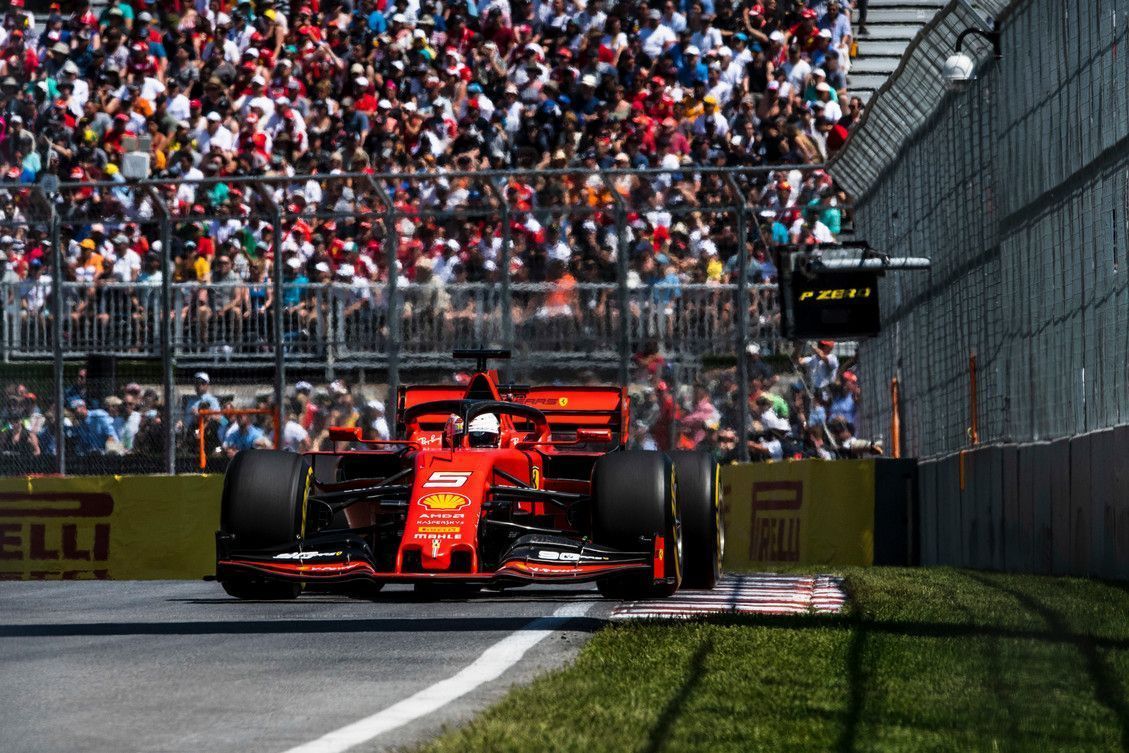 The FIA has rejected the evidence presented by Ferrari to overturn Sebastian Vettel’s F1 Canadian GP penalty after no relevant data could be found.

Following the F1 Canadian GP, it was clear that Ferrari had all the intent to challenge the decision taken by the FIA stewards to award the five second penalty to Vettel, which eventually cost him the win to Mercedes’ Lewis Hamilton.

Ferrari did not go the route of a straight appeal with the 96 hours done and dusted, but instead opted for right of review which they confirmed few days ahead of the F1 French GP. The FIA also noted about the hearing which took place between FP1 and FP2 at Paul Ricard.

As predicted by FormulaRapida.net, ex-FIA’s Laurent Mekies was the man handling the case as he talked about an overwhelming evidence to have the case in their favour. However, after the 35 minutes hearing, the FIA decided against any further review.

The Italian manufacturer presented significant data including few new evidences – one being Karun Chandhok’s post-race analysis for Sky Sports F1 – but the FIA rejected all of them, citing it to be not relevant enough to overturn the decision.

The Stewards received a petition from Scuderia Ferrari for them to review, in accordance with Article 14 of the FIA International Sporting Code, the following decision made by the Stewards at the 2019 Canadian Grand Prix Competition:

The Stewards, summoned the team (Document 47) and held a hearing at 14:15 on Friday 21st June, 2019. The Stewards heard the team representative, Laurent Mekies, who made a presentation to the Stewards. Having examined the evidence presented by the team, the Stewards determine the following:

There are no significant and relevant new elements which were unavailable to the parties at the time of the competition concerned.

According to Article 14 of the FIA International Sporting Code and Article 2.2 of the FIA Formula One Sporting Regulations, only those elements may be regarded as “new”, which have not been available to Scuderia Ferrari before the end of the Event (18:44 on June 9, 2019 – end of scrutineering).

Scuderia Ferrari presented the following elements in the hearing :

(i) analysis of the telemetry data of VET’s car, including car attitude channels;

(ii) a video analysis of the camera views (front view, top view, onboard cameras of VET and HAM) prepared after the race;

(iii) a video analysis performed by Karun Chandhok for Sky Sports after the race;

(iv) a video of VET’s face camera, which was released by F1 Limited after the race;

(vi) analysis of the GPS racing line data of both HAM and VET in the Situation lap and in the previous race laps; and

(vii) Witness statement of VET (the “VET WS”).
Elements (i), (ii), (v), (vi) & (vii) were available before the end of the competition.
Element (iii) was new but not significant and relevant as this is a personal opinion by a third party.

Element (iv) was new but not significant and relevant as the evidence contained in this video footage can be seen within other available video.