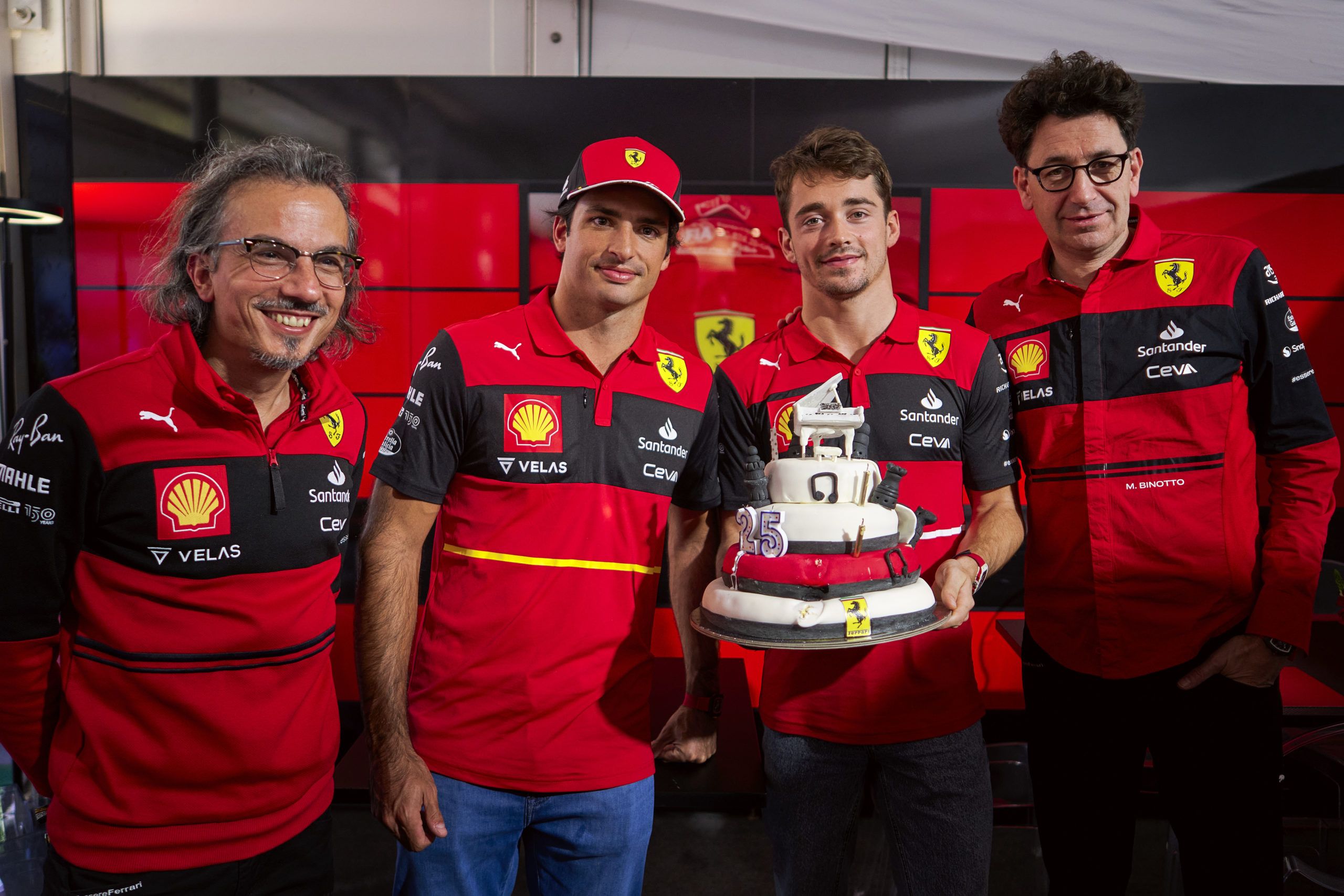 Ferrari F1 drivers have shown their gratitude towards Mattia Binotto for his work who is to leave the team after the year 2022.

The departure of Binotto from Ferrari didn’t come as a surprise to many after reports circulated of him leaving the team amid average results by its own standards. The Italian manufacturer pinned hope on the 2022 regulation but they fell short.

Despite a good start, Red Bull managed to overcome their deficit and eventually win both the titles with Ferrari forced to switch onto the 2023 project due to the pace gap and cost cap. As the season progressed, the role of Binotto came under scanner.

It became likely that he might be replaced and eventually Binotto filed his resignation which Ferrari accepted readily. This will end their 28-year association as Ferrari now looks for the Italian’s replacement which won’t be an easy find.

As Binotto bids goodbye, Ferrari drivers Charles Leclerc and Carlos Sainz posted about their former boss as they showed their gratitude along with reserve driver Antonio Giovinazzi.  “Thank you for everything, Mattia,” wrote the Monegasque.

“We spent four very intense years together, full of great satisfaction and also, inevitably, moments that tested us. My esteem and respect for you have never diminished, and we have always worked with full dedication to achieve the same goals. Good luck for everything.”

Meanwhile, Sainz noted: “Grazie Mattia. It’s been a pleasure to work alongside you to push the team and ourselves forward through thick and thin. Thanks for the great memories and moments we shared in and out of a racing track and all the best in your future endeavors!”

And finally, Giovinazzi added: “Not many people are really important in everyone’s life. We’re not always aware of it and we know how to seize the right moments to say thank you. Mattia you have always been a reference, you will be and I will always be grateful.”