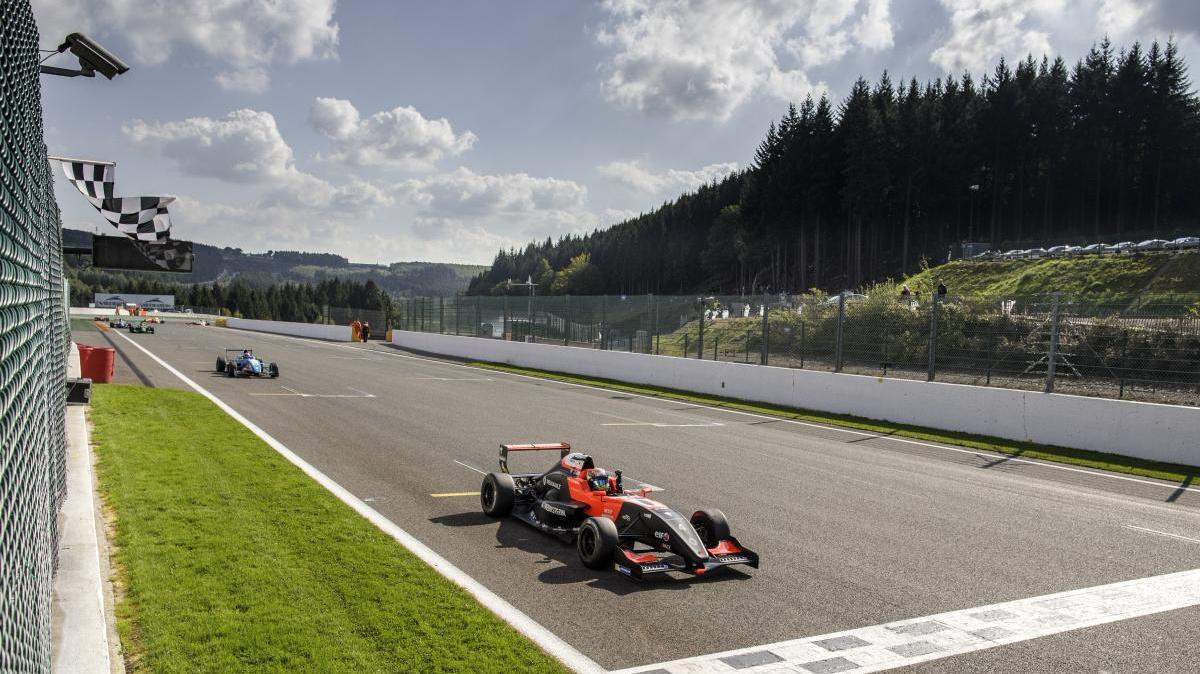 Fenestraz in the fog

Saturday morning, Sacha Fenestraz started from pole ahead of Robert Shwartzman and Yifei Ye. Due to fog in several corners, the race began behind the safety car. The conditions improved slightly, but not enough to allow the race to get underway. The red flag was shown and half points were awarded.

Aubry back on top

In the afternoon, Sacha Fenestraz kept his lead from pole at turn one, but Gabriel Aubry used the slip stream to take the lead before the intervention of the safety car provoked by Gilles Magnus (R-ace GP).

Gabriel Aubry calmly held on to the lead before having to fend off the attacks coming from Sacha Fenestraz, who in turn was surprised on the penultimate lap by Max Defourny, who moved up from seventh on the grid.

Gabriel Aubry went on for his third victory of the season ahead of Max Defourny and Sacha Fenestraz. Fourth to cross the line, Robert Schwartzman received a 25-second penalty for overtaking during the safety car period. Max Fewtrell inherited fourth place, finishing ahead of and Thomas Randle. Will Palmer and Yifei Ye Neil Verhagen and Henrique Chaves and Jarno Opmeer (MP Motorsport) picked up the final points on offer.