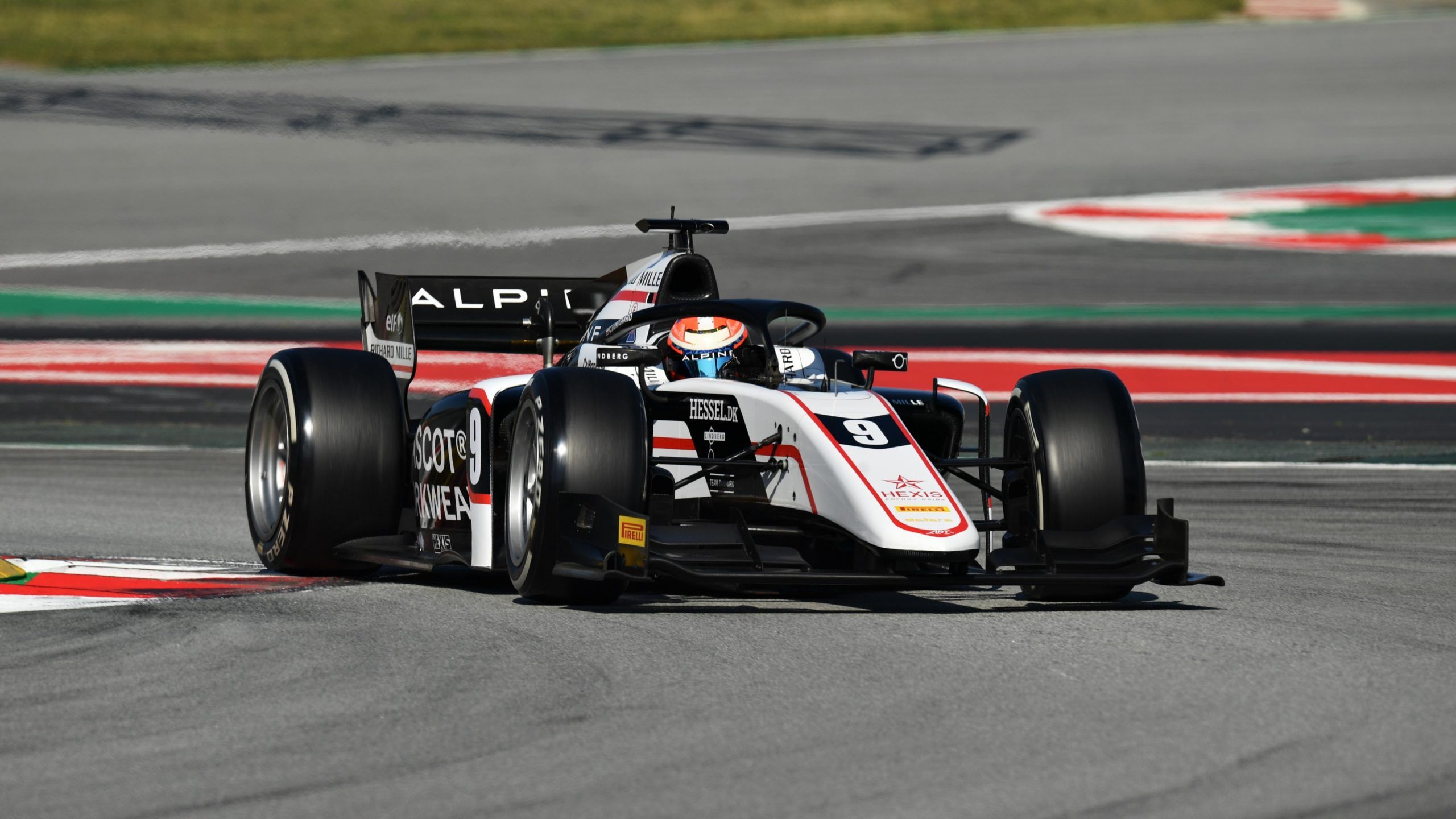 ART’s Christian Lundgaard was the fastest on Day 1 of the in-season F2 test held at Barcelona from UNI-Virtuosi Racing’s Felipe Drugovich.

His teammate Liam Lawson wasn’t far off in fourth, with MP Motorsport’s Lirim Zendeli in fifth. The German caused a red flag in the afternoon session, having tapped the barrier, as UNI-Virtuosi Racing’s Guanyu Zhou slotted in sixth.

DAMS’ Marcus Armstrong was seventh, as the Kiwi is back driving the F2 car, after a F1 run with Ferrari two weeks back. Even though Richard Verschoor is not confirmed for the next race, the Dutchman ended up eighth on Day 1 of the test with MP Motorsport.

The other ART of Theo Pourchaire ended up ninth, as the Top 10 was rounded out by Campos Racing’s Ralph Boschung, with Prema’s Oscar Piastri just missing out on a Top 10 berth in 11th. Zendeli, meanwhile, wasn’t the only red flag stoppage.

The morning session saw Carlin’s Jehan Daruvala have an early stop, while Campos’ Gianluca Petecof spun at Turn 2-3 onto the gravel. The afternoon session, had a spin from Zendeli and also DAMS’ Roy Nissany, with the latter tapping the barrier at Turn 9. 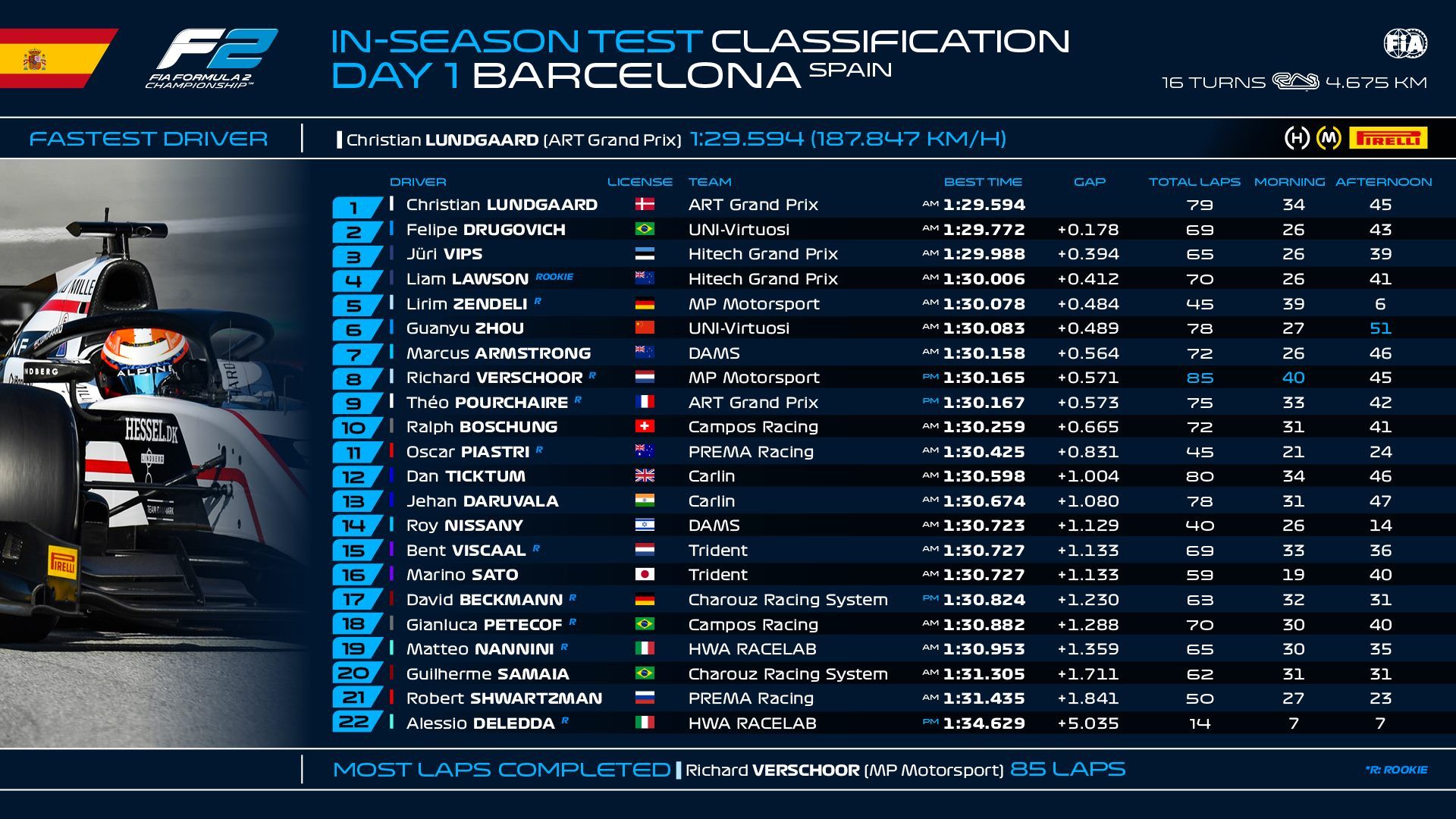 Here’s how things stood on Day 1 of F1 test in AM:

Here’s how things stood on Day 1 of F1 test in PM: