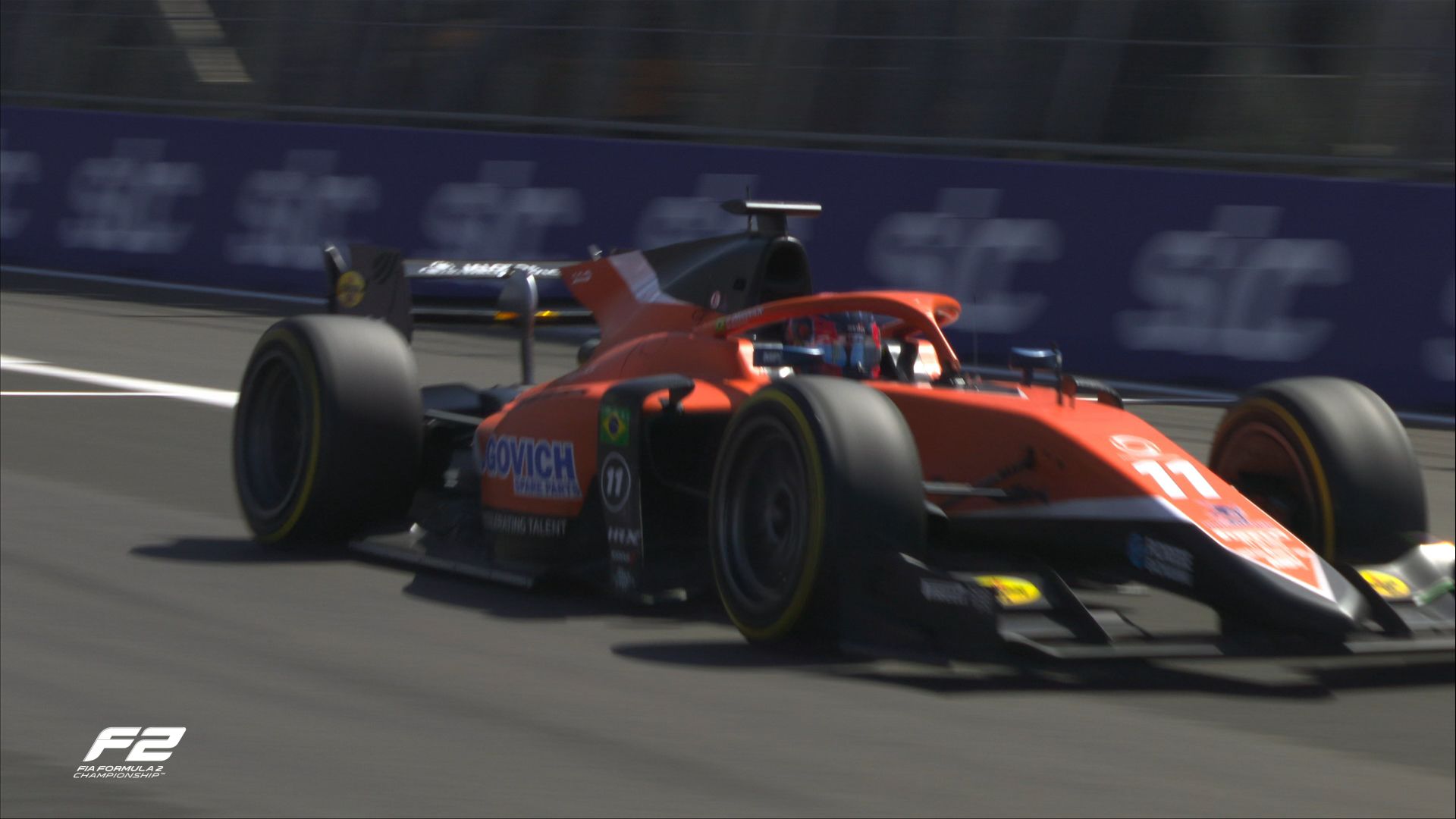 The F2 qualifying started under floodlights and fading natural lights with 21 cars in action after Charouz’s Cem Bolukbasi was taken to the hospital as a precautionary measure for an incident during the lone practice session to start the Saudi Arabia weekend.

As the session kicked-off, with about 12 minutes in ART’s Theo Pourchaire came to a halt due to fire in his engine. The Frenchman was the another one to have had a massive incident in the practice session to cause a red flag and end of the session.

It was Van Amersfoort Racing’s Jake Hughes leading under the qualifying red flag with a 1m41.538s lap ahead of Campos Racing’s Ralph Boschung and Hitech GP’s Juri Vips. Among the ones to lose out due to the red flag was Prema’s Jehan Daruvala.

The Indian was on a lap where we was to improve, but the red flag left him only 19th. The session got going after a stoppage but not for long as another incident brought out the red flag straight up. It was for Carlin’s Logan Sargeant who crashed in Sector 2.

When he crashed, Boschung was on course for the fastest lap of the session and there were many improvements coming through, but all had to be aborted. The second re-start worked better with DAMS’ Ayumu Iwasa setting the fastest time initially.

But the improvements came through with Hitech GP’s Marcus Armstrong setting a 1m40.050s lap to take provisional F2 pole in Saudi Arabia from Boschung, who was agonisingly 0.007s behind after he was impeded by ART’s Frederik Vesti on his fast lap.

The incident will be looked at by the FIA stewards. The Swiss racer also had a brush through the wall. There was another strange red flag session with the Medical Car on track after a seemingly false alarm being set-off from Vesti’s car at Turn 9.

Only handful of cars made it out for the final run and it worked for MP Motorsport with Felipe Drugovich taking F2 pole with a 1m40.422s lap in Saudi Arabia, with Trident’s Richard Verschoor slotting in second from Virtuosi’s Jack Doohan.

The Top 3 changed in the final moments, which dropped Armstrong to fourth from Boschung, Carlin’s Liam Lawson and Iwasa. Trident’s Calan Williams made it in eighth with Vips in ninth after he was impeded on his final fast lap which enraged him.

Hughes rounded out the Top 10 to take reverse grid pole for Saturday’s sprint race. A lot of the drivers couldn’t make it out due to no re-fueling allowed in F2 anymore. The late improvements pushed Prema’s Dennis Hauger out of the Top 10 in 11. The same was for MP Motorsport’s Clement Novalak and DAMS’ Roy Nissany.

UPDATE: While the F1 side continued discussing about the race in Saudi Arabia, the FIA were busy shelling out penalties to the F2 drivers. The first big one was for Doohan, whose times were deleted after the team failed to provide 0.8 kg of fuel for testing.

It was instant disqualification but he has been allowed to start from the back. With no re-fueling allowed, several teams were caught out. “The Stewards received a report from the Technical Delegate (Document 24). They summoned and heard the driver and team representative (document 28).

“The Stewards acknowledge the Team Manager’s statement that this was an unusual session in terms of the number of red flags that were issued. On their part, the Team affirmed that they miscalculated the fuel load. Having considered the matter extensively, the Stewards conclude that there is no intent of wrong-doing involved. However, there is no dispute that the Technical Regulations have been breached and the standard penalty for such a breach is, therefore, assessed,” said the statement.

There is no Bolukbasi after he was withdrawn by Charouz. 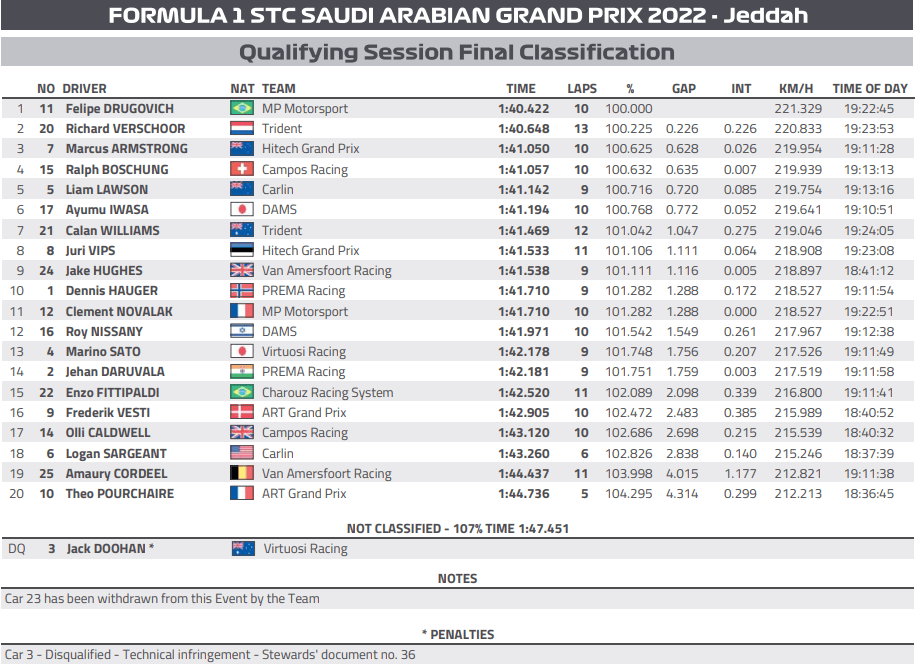