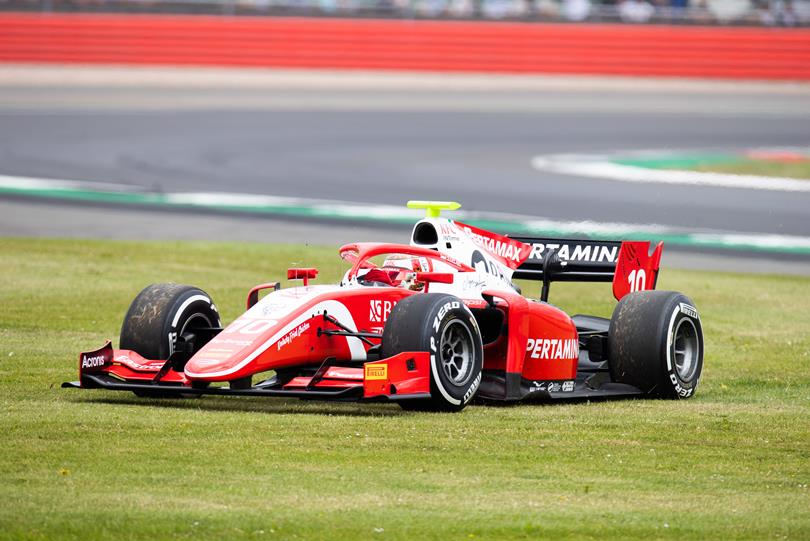 FIA Formula 2 (F2) Championship boss Bruno Michel regrets the way Prema’s Sean Gelael was handed a penalty last-minute which forced him to pull out from the Silverstone weekend.

As the F1 British GP qualifying neared its end on Saturday, Prema broke the news of Gelael’s decision to pull himself out of the Silverstone F2 weekend citing ‘personal reasons’, with the team then down to just one car of Mick Schumacher.

It was a bold call from a youngster, who is in his fourth year in the series, after a penalty call from the FIA stewards. He collided with Carlin’s Louis Deletraz in the lone practice on Friday, which the latter deemed as a racing incident than Gelael to be wholly blamed.

The Indonesian himself said the same and accepted his part. However, when the Prema team’s representative visited the stewards to check on about the reprimand which carried two penalty points on his superlicense, the penalty was changed to a three-place grid drop.

Just before the feature F2 race on Saturday, the stewards handed him a harsher penalty which was for him to start from the back of the grid. Seeing the treatment, Gelael decided to skip the Silverstone F2 weekend all-together after consulting with Prema.

The Indonesian wasn’t happy with the way the stewards changed their penalty at the last-minute and is now contemplating whether to continue in the series. It hasn’t been a smooth season for the Italian team as a whole, who are dominating in F3.

They are ninth in the standings with Schumacher in 14th and Gelael 16th. With the weekend done and dusted, in his post-race column, F2 series boss Michel has regretted the stewards move to penalise him at the last minute and he hopes Gelael returns soon.

“For the first time in the history of Formula 2, the starting grid was only made up of 19 cars following the decision of Sean Gelael to withdraw from the event on Saturday,” he wrote. “It’s never the promoter’s place to give an opinion on the Steward’s decisions.

“However, I can only regret the way Sean’s penalty was revised at the last minute just ahead of the Feature Race. I can fully understand Sean’s frustration and reaction. I can only hope that he will return to the grid to finish the season as he and his family have been an important part of this category for the past four years.”