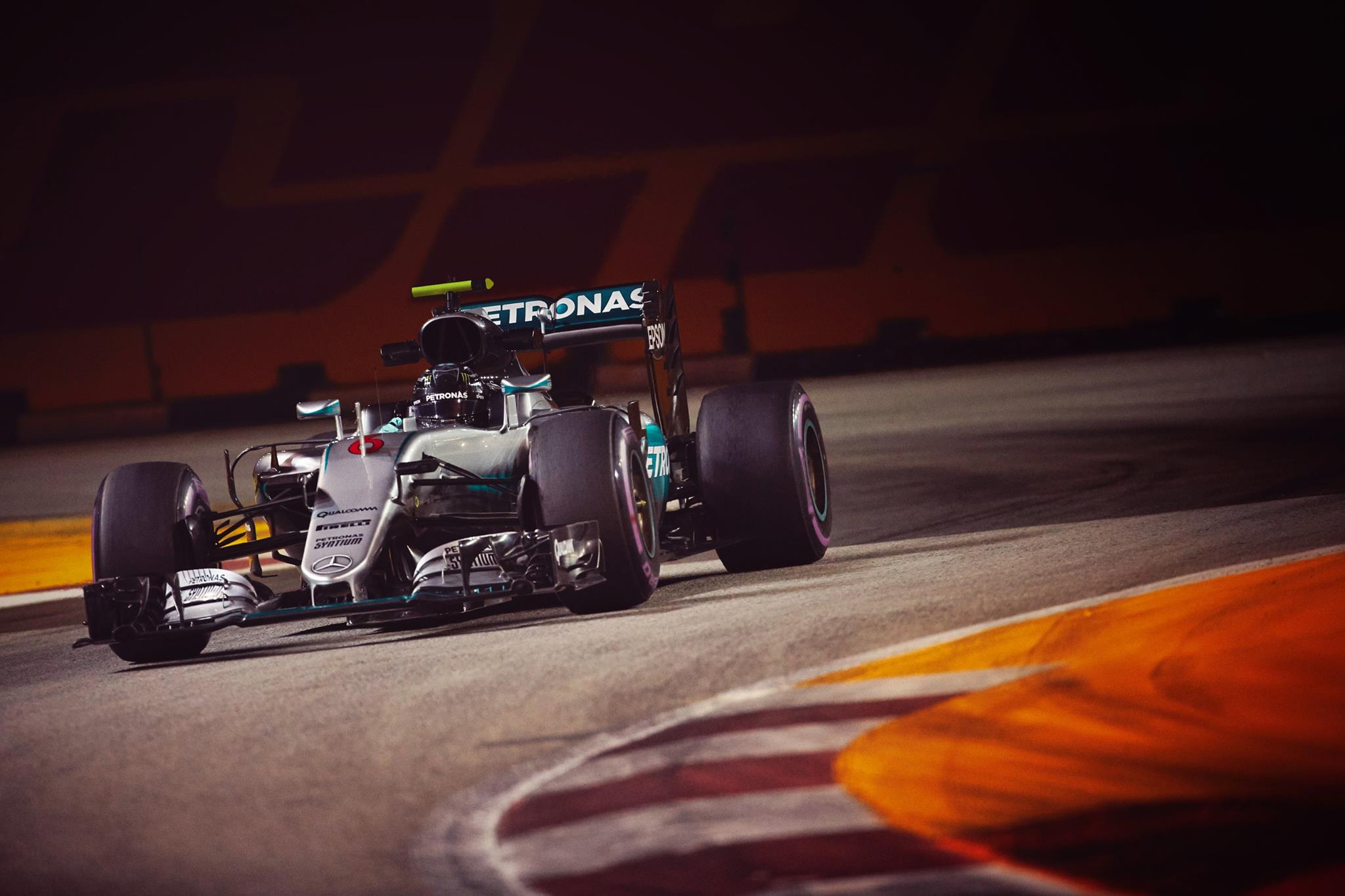 Nico Rosberg will start the Singapore GP from pole position ahead of Daniel Ricciardo and Lewis Hamilton. The Red Bulls will start the race with an alternative strategy, while Sebastian Vettel will start from the back of the grid.

The Mercedes were the first ones out setting the two fastest times from the very beginning. Alonso and Sainz were 2 and 3 tenths behind them respectively, while Räikkönen and Verstappen went 2 tenths ahead of the Mercedes. Ricciardo then smashed their times with a time 7 tenths faster than Räikkönen’s. Vettel’s Ferrari had a rear suspension issue which left him on P22, eliminated together with Ocon, Wehrlein, Palmer, Nasr and Magnussen.

Rosberg and Hamilton started Q2 by setting a time 2 seconds faster than their times in Q1. Meanwhile, Ricciardo and Verstappen were 2nd and 3rd with the supersoft tyre, trying once again the strategy of starting the race with the harder tyre. Alonso managed to make it through in the last minute right before Grosjean’s accident brought yellow flags on track. Pérez set his time afterwards and left Bottas, Massa, Button, Gutiérrez, Grosjean and Ericsson out of Q3.

Nobody could beat Rosberg for pole on Q3, as he set a time 0.5s ahead of Ricciardo. Hamilton kept making mistakes which didn’t allow him to improve in his second attempt and he was finally 3rd ahead of Verstappen, Räikkönen, Sainz, Kvyat, Hülkenberg, Alonso and Pérez.