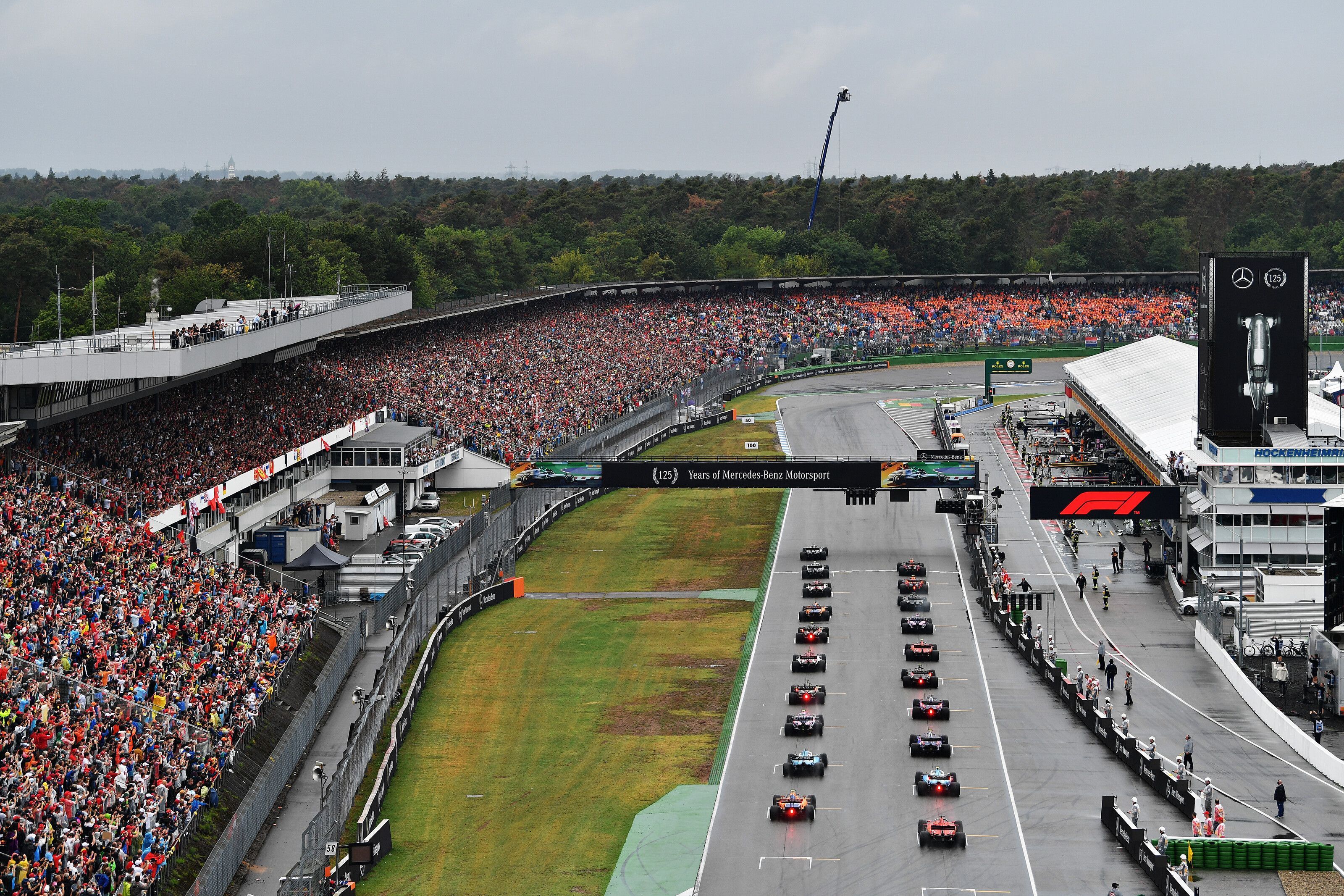 F1 has revealed how it combat a serious situation during German GP weekend when a TV truck caught fire, which could have disrupted broadcast in whole of Europe.

The fans in Europe probably didn’t know, but they could have missed the Saturday action of the German GP at Hockenheim, after a fire – suspected due to lightning – destroyed pretty much all the equipment inside a TV truck, needed for European broadcast.

F1 Television Systems Group Manager, Trevor Turner, recalls the horror call on the morning of Saturday – which he says is never a good news – as he rushed to the track to assess the situation. Some of European broadcasters were already on scene.

The Eurovision Services truck, which has critical equipment which is responsible for distributing the weekend action to the world, was badly damaged while the truck itself was fine. Turner here explains how they worked out a solution to have an un-interrupted view.

With the help of connectivity partner Tata Communications along with broadcasters like RTL and Sky Sports, they managed to resolve the issue for European broadcasters like Canal+ and Movistar, to smoothly broadcast the day’s proceedings, without any hiccup.

“0650 on the Saturday morning of a race weekend is never a good time for your mobile to ring,” recalled Turner of Saturday. “The call was to tell me that the truck had been completely destroyed a little over 90 minutes previously.

“The fire services were leaving the site having done what they could and crews from Eurovision and our host broadcaster in RTL, were already on site assessing the situation. While the truck itself looked relatively intact, inside it was completely destroyed.

“It quickly became clear that we were in real trouble. The Eurovision Services truck is primarily responsible for distributing pictures to our European broadcast partners, but it was also looking after additional transmission services for Canal+ and Movistar.

“Those services were now unusable. RTL had already stepped up and arranged for two satellite trucks to be driven to Hockenheim – one from Frankfurt and another from Munich – but neither was expected to arrive before FP3.

“We identified that if we wanted have a chance of getting FP3 to air then the only transmission paths available in the quantity required were those between F1’s Technical Centre at the track and its UK Media & Technology Centre, the ones used to deliver its social, web, app and F1TV content, and also for transmissions to Asia and the Americas.

“So, the first solution was to use the Asian international feed at our UK Centre to cover the loss of transmissions over Europe and Eurovision teams in Geneva to plan transmission of this feed in both HD and UHD formats from an alternative fixed satellite facility.

“Tata offered access to their on-site back up world feed satellite link to support the new transmission set-up we’d put in place for Europe. In addition, RTL offered access via their fibre to Cologne and Sky UK’s Master Control Room (MCR) was on standby to support with signals which they also had available via F1 and Tata in London.”

With the social and OTT service settled, the next challenge was to find ways for additional content to reach to the fans, like pit lane data, timing, driver tracker and on-board channels plus Canal+ and Movistar’s on-site programming.

Turner continued: “That content is available at the UK Media & Technology Centre via Tata’s fibre links, so our Master Control Engineer, Russell Tree, managed to access those signals and configured some spare equipment to get those channels to Eurovision’s hub in Geneva where they were able to repackage them and get them to our clients.

“For the on-site programming, we offered them access to F1’s social media and post-production edit video connections from the circuit to F1’s UK MCR where they were again on-passe to Eurovision. This would restrict F1’s social and edit activity but our colleagues in F1 editorial were happy to help given the gravity of the situation.

“As a result of all the quick thinking was that we were able to broadcast FP3 live without any issues. It was real team effort and the assistance we received from all our partners – at Eurovision, Tata Communications, RTL, Sky – was brilliant.

“It really was a bit like a F1 team arriving on Saturday morning to find they got a problem and need to do an engine change in a real hurry. In fact it was worse. It was like opening the garage and finding that the car’s gone. The fix was so much so that despite the arrival of the two RTL trucks, the broadcasters continued with the interim solution.

“Now all the additional resources we finally had in Germany are going through to Hungary. We are maintaining the additional services through to Eurovision, but that’s more of a fail-safe than anything else, and they have requested that. There will be a couple of additional trucks there, but yes, on Friday morning in Budapest it will be business as usual.

“I would have to mark it down as a victory and the key to that is that I don’t think anyone noticed that we had any issues. I wouldn’t say we got a one-two, as something happened on Sunday that did have a minor impact on the signal.

“One of the systems started to exhibit some issues in Geneva, but it was only on the UHD service in Europe. So if I was calling it as a race result I’d say we started in 20th and won the race. So one place better than Sebastian.”

Personally in India, the world feed worked just fine with just hiccups here and there from Friday to Sunday, with the Sky Sports F1 feed working okay too. There was more ‘neeow’ moments though when the final classifications were being shown.

Sky mentioned that a truck in the TV compound was struck by lightning overnight in Germany. Here's the aftermath. #LATImages #GermanGP pic.twitter.com/ghxRVdHjQ9