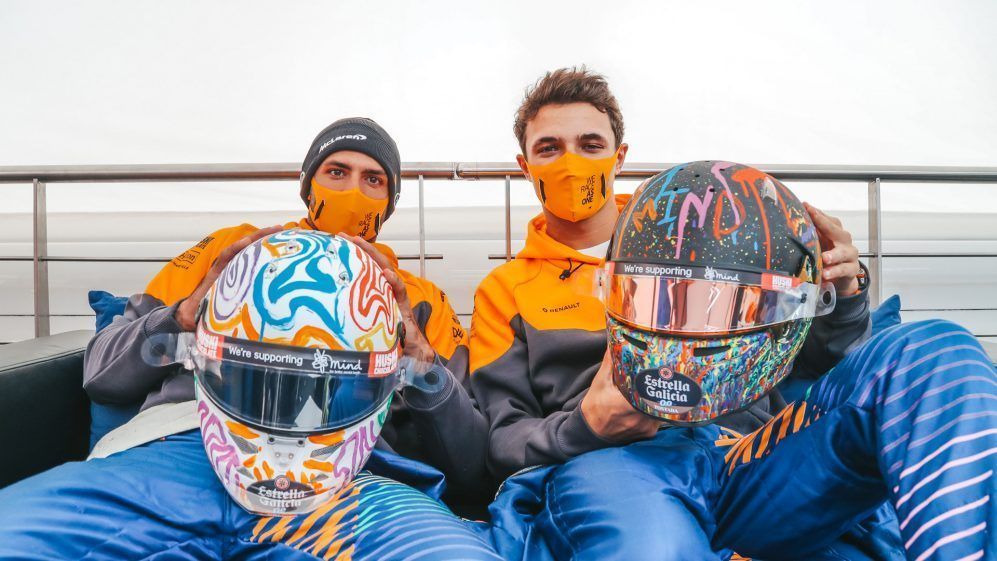 F1 Nation had Ross Brawn speaking elaborating as McLaren shares a special video and details on charity, while there were announcements from F2 and WEC/IMSA.

A hilariously brief audio highlights reel of the bygone Abu Dhabi GP gave way to a review of the race, with both F1 Nation hosts Tom Clarkson and Alex Jacques agreeing that racing at the circuit on Sunday was not entertaining, and the latter suggesting a raft of changes to the layout to aid in passing.

After further discussion on the results of a tight constructors’ championship fight for P3, and Esteban Ocon’s last-lap pass on Racing Point’s Lance Stroll, conversation ensued on whether or not Red Bull will be able to mount a title challenge in 2021 after their dominance of the race.

Following this, F1 boss Ross Brawn returned to the podcast after being a part of the show’s first episode, with the Brit reflecting on the challenges of 2020. Namely, he discussed implementing and enforcing various protocols, and controlling COVID-19 in the paddock when cases did crop up.

Brawn revealed that the most significant cluster of cases they faced was started by a translator, but he says that the cases were soon controlled. He adds that F1 will have to remain diligent into 2021, with COVID-19 unlikely to subside early in next year.

Discussing his ‘driver of the year’, Brawn named Lewis Hamilton of Mercedes, who he says “won races he [theoretically] shouldn’t have won,” in the remarkable 2020 season. He was also positive of Red Bull’s Max Verstappen, who he feels had numerous race wins taken from him through little or no fault of his own.

The OBE recipient subsequently spoke on this season’s racing, noting some incredible races such as that which was seen at Bahrain’s Outer Circuit. Though he praised the F1 Grand Prix it produced, he downplayed the odds of a return to the shorter layout.

Addressing 2021, Brawn expressed excitement for the early implementation of a budget cap – kicking in before development on 2022 cars, and a fleet of new young drivers both entering F1, and developing in the junior series’. After discussing this, the 66-year-old conversed on the incoming F1 CEO Stefano Domenicali.

Following the conclusion of the interview, both hosts picked up on the topic of their respective ‘drivers of the year’, with Clarkson selecting Verstappen and Jacques acknowledging the performances of Racing Point driver Sergio Perez.

After both gave their perspective on the matter, Rosanna Tennant joined the show to review the 2020 F1 season, with all three hosts contributing to the conversation, which saw them each describe their memories of each round.

Once complete, the sounding of the ‘Yuki Tsunoda update’ alarm marked the beginning of a brief segment on the Japanese driver, which was followed by one final edition of the previously-defunct ‘Challenge Rosanna’, this time with Tennant asking the question, which was one regarding the two other seasons during which Ferrari never led a lap in F1.

It was a challenge won by Jacques. In a ‘State of the Nation’ address to round out the episode, Clarkson shared that his favorite podcast guest was Renault driver Daniel Ricciardo, with Jacques saying that his most enjoyable guest was Mika Hakkinen.

Here is the link to the podcast as FOM prohibits embedding: https://podcasts.google.com/feed/aHR0cHM6Ly9hdWRpb2Jvb20uY29tL2NoYW5uZWxzLzUwMjQzOTYucnNz/episode/dGFnOmF1ZGlvYm9vbS5jb20sMjAyMC0xMi0xNDovcG9zdHMvNzc1MTI0Nw?hl=en-IN&ved=2ahUKEwjc4IqFwNLtAhUngtgFHYLeCbcQieUEegQIBRAF&ep=6

Here’s F1 Beyond The Grid Podcast having Mattia Binotto

Apart from releasing a special goodbye video for Carlos Sainz as he leaves for Ferrari, McLaren F1 team revealed details of the money it earned for charity purpose in all of 2020 after its association with Mind. It also informed that the partnership will continue.

Since July 2020, McLaren has helped raise a total of more than £285,000 for the mental health charity through donations from fans, partners and team members, surpassing the original target of £100,000. In fact, it raised £420,494 in all, collectively.

The amount came through its work under #WeRaceAsOne campaign alongside the Mind charity. The money earned for the latter will now be used for crucial work in England and Wales, especially for people affected by mental health due to COVID-19.

In fact, McLaren noted that Mind infoline advisors saw nearly 500 calls every day in October 2020 alone, twice the number it gets. “We’re delighted to be continuing our support for Mind into 2021,” said Zak Brown. “Over the course of this year, the coronavirus pandemic has impacted the mental health of so many people and continues to do so.

“Mind’s work in fighting the mental health crisis is so essential, and we’re proud to support the charity through raising awareness of the importance of mental health. We value mental health and well-being at McLaren Racing, especially critical in such a fast-paced, high-pressure environment as F1, and we’re consistently broadening our understanding of mental health issues to be able to offer a range of guidance, support and tools to our people.

“Raising more than £420,000, a sum that continues to grow, is a phenomenal effort by our team members, fans, partners and our two drivers, to help Mind and Formula 1’s chosen charities support those most in need. As the 2020 season comes to a close, we’re proud of our efforts so far and we’re excited to continue our relationship with Mind as we go racing in 2021 and will keep shining a spotlight on important mental health issues.”

Having raced in F3 in 2020 with Trident, where he finished eighth with a win and three podiums, Zendeli will step up to F2 in 2021 with MP Motorsport, becoming the outfit’s first driver confirmed and the season’s fifth overall.

“I’m very happy to be driving for MP Motorsport for my first year in Formula 2,” said Zendeli. “With four victories, they showed true race-winning form in 2020, and I am eager to add to their success in 2021. The Bahrain test with the team proved to be extremely productive, so I’m confident that we will be able to feature right at the front as soon as the season gets underway.”

“It’s a real pleasure to welcome Lirim to our team”, said Sander Dorsman, team principal at MP Motorsport. “Lirim’s talent was obvious to us from the moment that he started winning n German Formula 4 back in 2017. We worked very well together in last week’s test, and I’m looking forward to a season that will hopefully see us challenge for wins. I’m sure he will do well in his debut season in Formula 2.”

Late last night, Porsche announced a return to premier class of sportscar racing, as the German manufacturer will be competing both in WEC and IMSA championships from 2023 onward in the newly formed LMDh category, after the board’s approval.

“The new LMDh category allows us to fight for overall victories with a hybrid system at the Le Mans, Daytona and Sebring classics – without breaking the bank,” said Oliver Blume, Porsche AG CEO. “The project is extremely attractive for Porsche. Endurance racing is part of our brand’s DNA.

Michael Steiner, Board Member for Research and Development at Porsche AG, adds: “In the medium term, Porsche focuses on three different drive concepts: fully electric vehicles, efficient plug-in hybrids and emotional combustion engines. We want to represent this trilogy in both the development of our cutting-edge road cars and in motorsport.

“We use the all-electric drive to contest the FIA Formula E as part of our works commitment, and the highly efficient and emotional combustion unit in GT racing. Now, the LMDh class closes the gap for us. There, powerful hybrid drives – like the ones that are mounted in many of our brand’s models – go up against each other.

“If the regulations eventually allowed the use of synthetic fuels, then that would be an even greater incentive for me in terms of sustainability.” At the same time, Fritz Enzinger stated: “I’d like to thank our board of directors for the immense confidence they have in the motorsport strategy we’ve developed.

“We hold a record with our 19 outright wins at the 24 Hours of Le Mans and we’ve climbed to the top podium step many times at major races in the USA. We can continue this tradition with an LMDh vehicle while at the same time keeping costs reasonable. There has been huge interest from other manufacturers.

“I hope we can pick up where we left off with the famous clashes against many other marques in the eighties and nineties. That would give the entire motor racing scene a huge boost,” he summed up, as Porsche joins Audi, Peugeot, Toyota, ByKolles and SCG, to be part of the Le Mans Hypercar and LMDh classes. 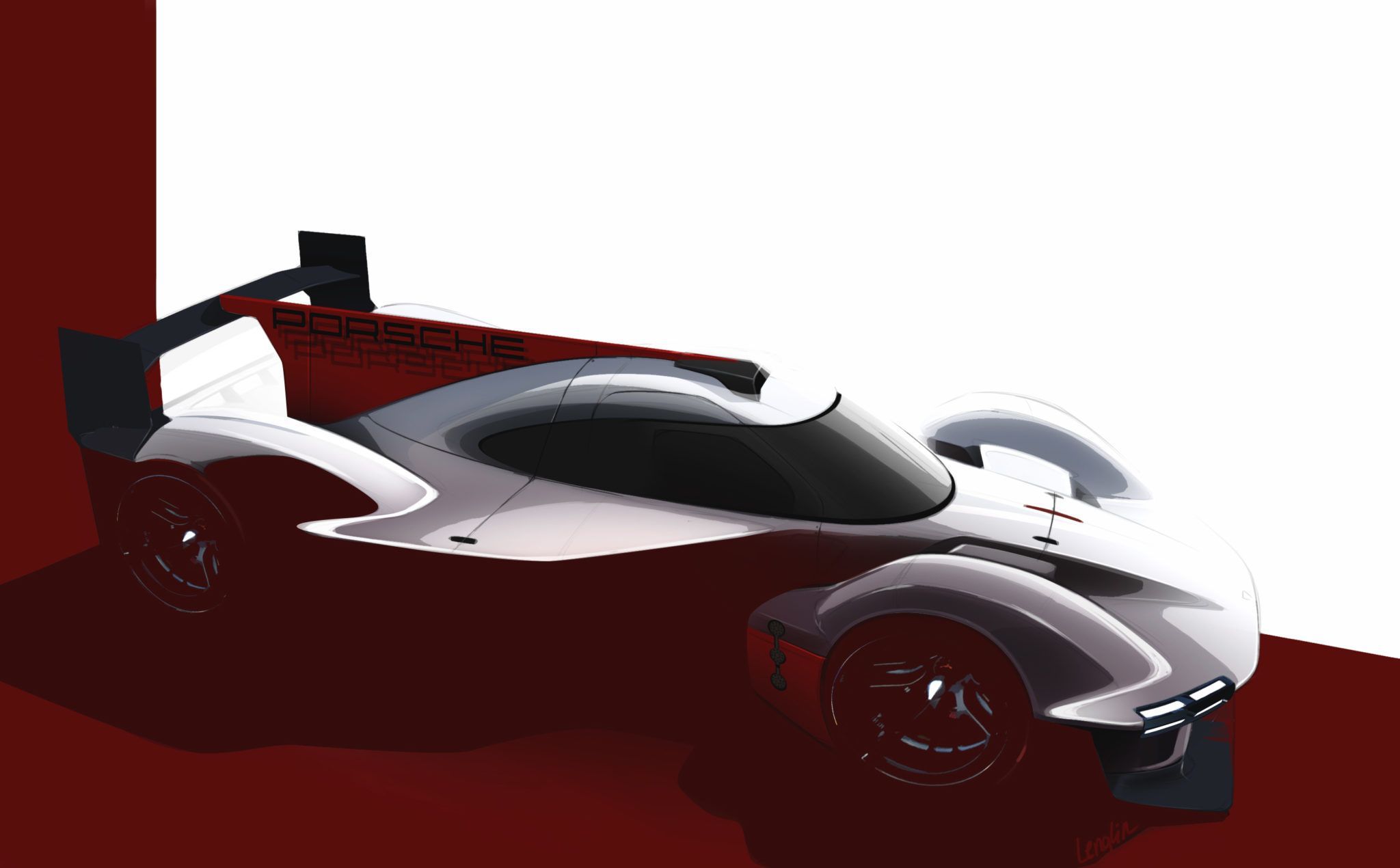