Home Rally Dakar Audi preparing for LMDh, Dakar as it will leave Formula E after... 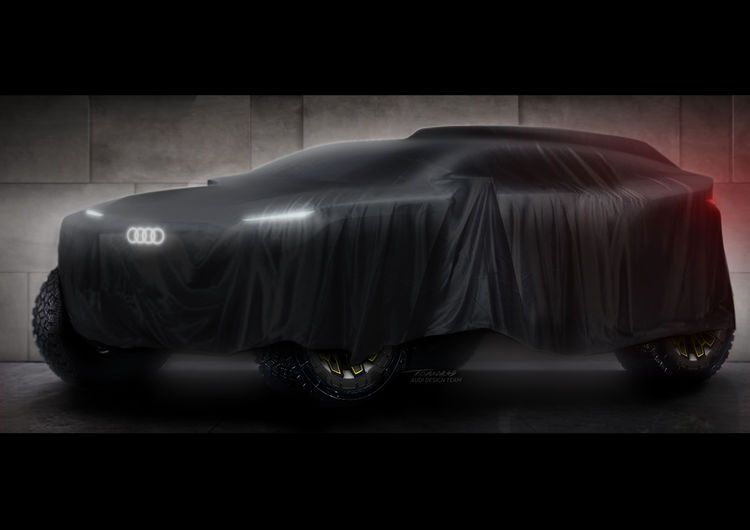 Audi AG is preparing to compete in LMDh class of WEC and IMSA along with Dakar Rally as it will leave FIA Formula E Championship after 2020/21.

In a bombshell news on Monday, Audi AG announced its intention to leave Formula E after 2020/21 season, having competed in the all-electric championship since its inception in 2013/14. The news came after Mahindra Racing signed a new extension deal.

The idea behind leaving Formula E for Audi is to prepare for a return to sportscar racing in the LMDh category, which will be introduced in WEC from 2021 onward, while in IMSA, it will start from 2022 onward. The class is a combination of LMP1 and DPi.

The category has been created to bring WEC and IMSA closer, which especially allows sportscar teams to not only compete in Europe/Asia/Middle East but also in America. Audi wishes to compete both in Daytona 24 Hours and also Le Mans 24 Hours.

While sportscar is a familiar ground for Audi, the German giants is set to make its Dakar debut in 2022 with an innovative prototype. The concept combines an electric drivetrain with a high-voltage battery and a highly efficient energy converter for the first time.

With electrification of its fleet a big aim, Audi is looking to use advanced technology through LMDh and also Dakar, to expand its horizon in road cars. They will remain in Formula E via powertrain provider with Envision Virgin being one of its customers.

The customer racing will also continue with the Audi R8 LMS model from the manufacturer, which will be in use for endurance races like the Nurburgring 24 Hours and in international racing series such as the Intercontinental GT Challenge.

Additionally, Julius Seebach was named as its new motorsport head from December 1, 2020, onward as he will replace long-time head, Dieter Gass, in the role, who will switch to a different un-announced portfolio within the German manufacturer.

“We want to continue demonstrating the brand’s slogan ‘Vorsprung durch Technik’ in international top-level motorsport in the future and develop innovative technologies for our road cars. The toughest rally in the world is the perfect stage for this.

“Formula E has accompanied the transformation phase at Audi. Today, electromobility at the four rings is no longer a dream of the future, but the present. This is why we are taking the next step in electrified motorsport by facing the most extreme conditions. The many technical freedoms offered by the Dakar Rally provide a perfect test laboratory for us in this respect.”

New Audi motorsport boss, Seebach, added: “In addition, we are evaluating other possible fields of activity for us in international motorsport. In doing so, we have our customers’ wishes in mind as much as the company’s future strategy, which is clearly focused on electrification and carbon-neutral mobility.

“This is why we are intensively preparing to enter the new sports prototype category LMDh with its highlight races, the Daytona 24 Hours and Le Mans 24 Hours. The most important message for our fans is that motorsport will continue to play an important role at Audi.”

With the announcement from Audi, its long-time driver, Lucas di Grassi, also revealed his intentions to remain with the German manufacturer beyond its Formula E programme. “Today Audi announced that will leave Formula E to go back to hybrid sportscars (Le Mans, Daytona) and also will produce a Dakar electric vehicle.

“I have been with Audi for 10 years and I look forward to new challenges. My full attention NOW is to win again in FE. My relationship with Audi remains for the long term future. I started my Audi career in LMP1 prototypes in 2012 which I raced until 2016. I still dream of bringing that Le Mans victory for the first time to Brazil,” wrote di Grassi.