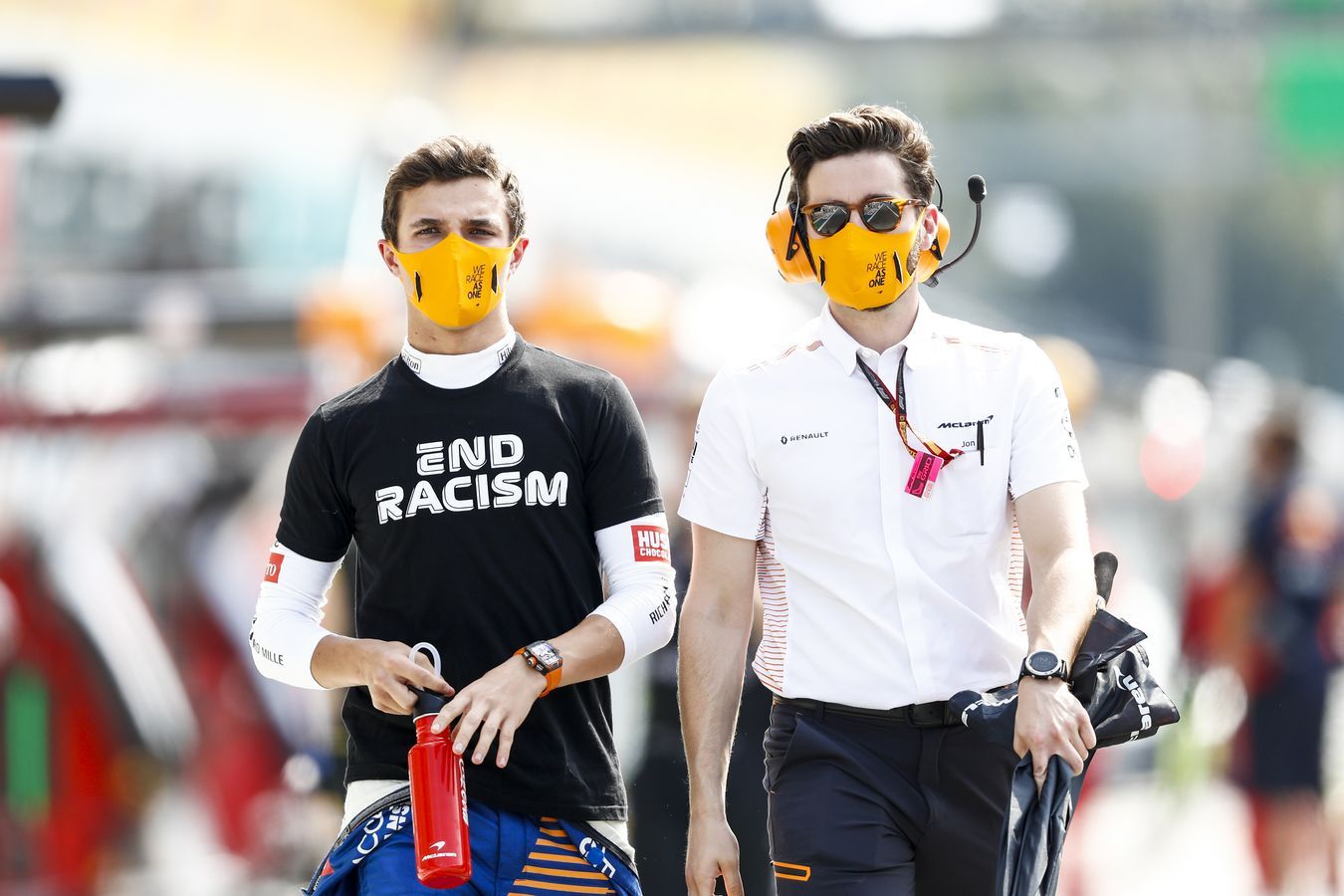 Lando Norris has opened up about having nerves and anxiety in 2019 F1 season and risked the same in 2020 but talked through it to better it.

After Haas’ Romain Grosjean, McLaren’s Norris is another F1 driver to have opened up about taking external help related to mental health. The British youngster revealed that he faced nerves and anxiety during the 2019 season, his first season in the sport.

In fact, Norris risked of a similar situation in 2020 but during the forced COVID-19 lockdown, he spoke with his core group, with whom he had been working in 2019, which helped him to be better when the season resumed in July.

For most, the core group is their family and friends but for a F1 driver like Norris, he spends more time with his colleagues at McLaren. It is his manager, performance coach and engineers, who become his second family with whom he can speak with.

He is doing that in 2020 and is trying to help others too. In fact, Norris is also working with charity ‘Mind’, who is also a partner of McLaren. The British F1 driver penned a column on the team’s website, revealing about his fight with mental health.

“Have you ever struggled with something mentally but hidden it from the world by putting on a brave face? I know I have,” wrote Norris. “During my first season racing in Formula 1, I might have looked like the new kid on the block full of confidence and enthusiasm but that really wasn’t the case. I covered up the fact that I was struggling a lot with nerves and anxiety.

“Despite making it to F1, something I had dreamt of ever since I began racing, I found myself questioning my own self-belief: worrying if I had what it took, comparing myself with my team-mate and other drivers. It screws with your head. It’s tough to deal with and I’m sure many other drivers have struggled with it in the past. But in sport, because no one wants to give the opposition an edge or show any weakness, we don’t talk about mental health as much as we should – and we really should.

“Having a strong, core group of people around you, whether it’s family, friends, colleagues, or someone else you feel you can open up to, is essential. For me, my family is most important. But when I’m racing, I’m away from home so my manager, performance coach and engineers – the people I work closest with – are my family. We spend so much time working together that we know each other really well and, for all of us to perform at our best, we need to be comfortable and open with each other. Just because I’m the one driving the car, it’s not just about how I feel. Everyone in the team must feel good about themselves and what they are doing to be in the right frame of mind and perform.

“Although we were physically apart for most of the winter and, of course, during lockdown, I spent a lot of time talking to this core group of people to try to overcome the nerves and anxiety I felt – something which risked affecting my second year in F1. By talking things through with them, it helped me to come into this season feeling much better about myself – more confident, more positive. It really highlights just how powerful talking to someone can be and the importance of having people around you that you can trust and rely on.

“Until the end of last season, I worked with a mind coach for a few years – another great example of someone I could reach out to, to work on my nerves and get me into a more positive mental state. But this year I felt confident enough to take more responsibility for my own mental health. I think it’s all part of the growing process. I had reached a stage where I felt ready to think for myself more when it came to finding ways to overcome mental challenges.

“I’ve been involved in all sorts of activities at the track this year to help support our partner, the mental health charity Mind: from painting helmets with my team-mate Carlos Sainz to taking part in Mind’s #MoveforMind fundraising challenge alongside the entire McLaren Racing team. Activities like this are a lot of fun but they’re also about raising awareness of a serious issue: mental health. It’s something that affects us all, but it’s equally something people don’t feel like they can talk about.

“This needs to change and I hope that the work we’re doing at McLaren, in support of Mind, can be a driving force for better mental health for everyone. If you’re struggling with your mental health right now, please don’t struggle alone. Reach out to someone you can talk to. Mind’s new peer support platform, Side by Side, is there for you. It’s a safe and supportive online community where you can connect anonymously with people who understand what you’re going through,” summed up Norris.