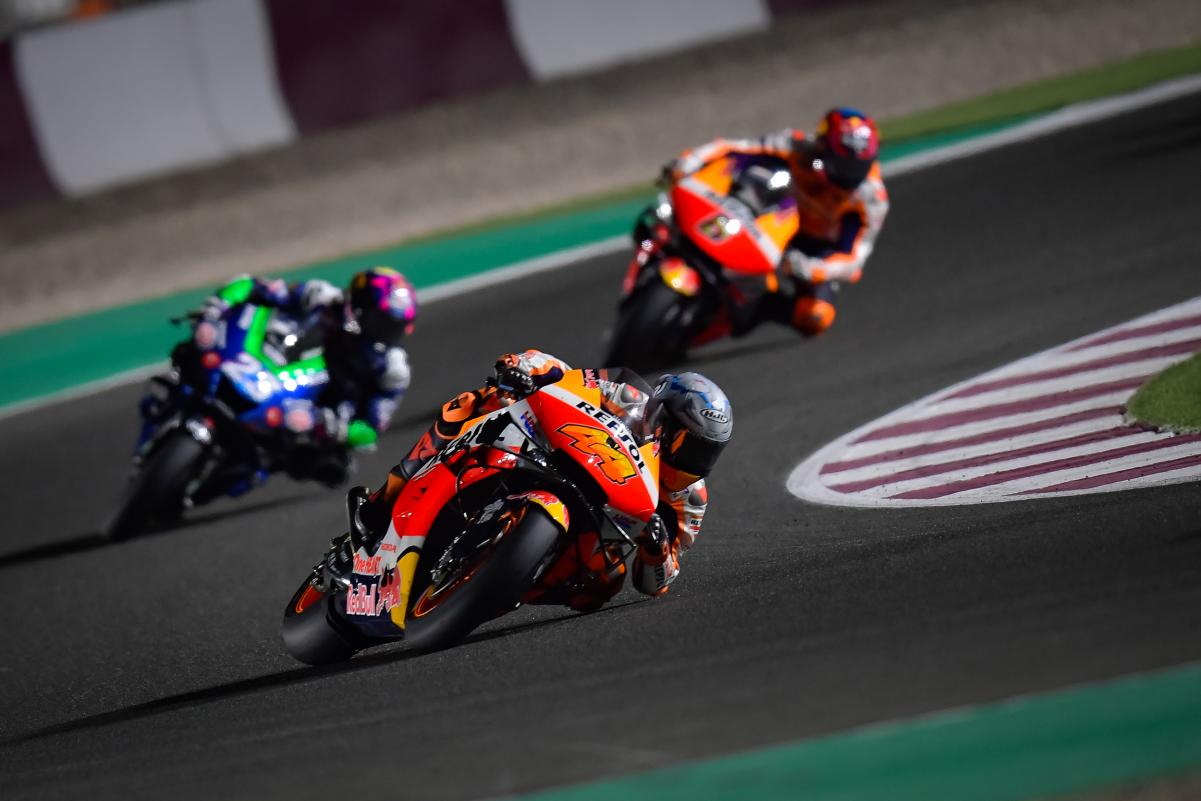 The experience of Espargaro has certainly helped him to have a better start with Honda in MotoGP than Jorge Lorenzo and rookie Alex Marquez in the previous seasons. The Spaniard has finished eighth and 13th in the two races at Losail, but hasn’t looked awful.

In fact, the second race saw him run with the leading group before making a mistake, which pegged him back. Espargaro has shown pace both in qualifying and the race, it just hasn’t clicked for him together, but there is still long way to go in 2021.

Espargaro is upbeat too with the potential shown, which team boss Alberto Puig agrees too. “The second race, we once again showed that our potentially is incredibly high, our pace was really strong especially during the middle and the end of the race, but I made two big mistakes which ruined our chances,” he said.

“We could have been fighting for a lot more, especially without the second error. We have again been able to finish close to the winner despite this, but I am left wondering what could have been. These two races have both shown that our potential on the Honda is very, very high but we still need to work on a couple of things including Qualifying,” summed up Espargaro.

Having being beaten by his teammate in qualifying, it looked Bradl will be on for a good result in the second MotoGP race. But it wasn’t to be after he made a mistake at the start. He almost had a jump start, before realising his error, which dropped him back.

He could recover to be 14th, scoring the second time after finishing 11th in the first event. Although Bradl has shown much better pace than 2020, the German was left disappointed with his mistake in what could be his last event for now, if Marc Marquez is cleared.

“The first thing I did when I came back to the garage was to apologise for the start, it was my mistake,” said Bradl. “It’s a problem I have never had in my career before and it’s very unfortunate because here we lost probably two seconds. After this big mistake our pace was very good, and I was able to catch the group and ride aggressively.

“I am quite angry because I was riding well and if it weren’t for the start, we could have been even closer and fighting for higher positions. In the end it is what it is,” summed up Bradl, who sits 13th in the riders’ standings, while Espargaro is 10th.

While Honda seems to have made some progress with the factory outfit, the customer team – LCR – endured two bad weekends, with no points scored by Marquez and Nakagami. In fact, they had a double DNF in Race 1, while the former crashed out in Race 2 too.

“It was a tough day again,” said Nakagami. “The beginning was ok, but after seven or eight laps I felt a drop with the front tyre which then made it really difficult to hold on to the bike and especially in turning. We had a lot of struggles during the race and then I found it difficult to keep the lap time and stay on the bike. Of course, we are not happy about this position”

Here’s news on Jack Miller and Iker Lecuona having surgery