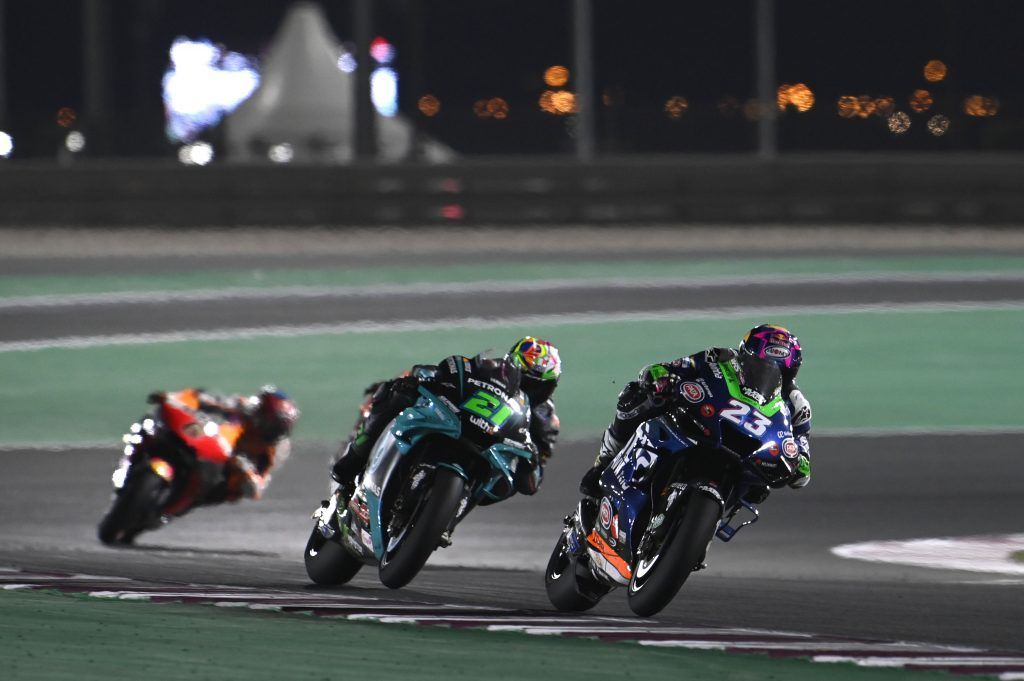 Enea Bastianini reveals that he got distracted by his own hair and sweat in Doha MotoGP race, as teammate Luca Marini faced tyre issues.

But the performances of Bastianini has been looked upon as well, with the MotoGP rookie finishing 10th and 11th in the two races after having an average qualifying. The second race in Doha, though, had an unusual end for the Italian rider.

Having started off moderately, Bastianini made up ground in the latter half, but his pace was marginally affected by his own hair and sweat. “We have made a great race; I am very happy,” he said. “I would have liked to be on the grid much further, I am sure then that I could have fought with the first group.

“Unfortunately, six or seven laps from the end, my hair and sweat did not let me have good visibility and didn’t let me to stay focused, again obstacle and bad luck. We have improve more than last weekend so I’m very satisfied,” summed up Bastianini, who sits 11th with 11 points, the second best MotoGP rookie after Martin, who is seventh with 17.

The third MotoGP rookie, Marini – teammate of Bastianini – did not have a great run for the second successive grand prix, where he failed to score points. The VR46 rider had tyre issues which didn’t help him to push through the field and get himself in the Top 15.

“I was expected more from Doha GP,” said Marini. “I had a good pace, but after ten laps I started to struggled with the front tyre. The condition became more and more tough until six laps to go when I could no longer push to the right. It is a problem that I had this morning in the warm up in the middle of the corner and we need to work on this aspect that strongly affected the result of the race. A real pity.”