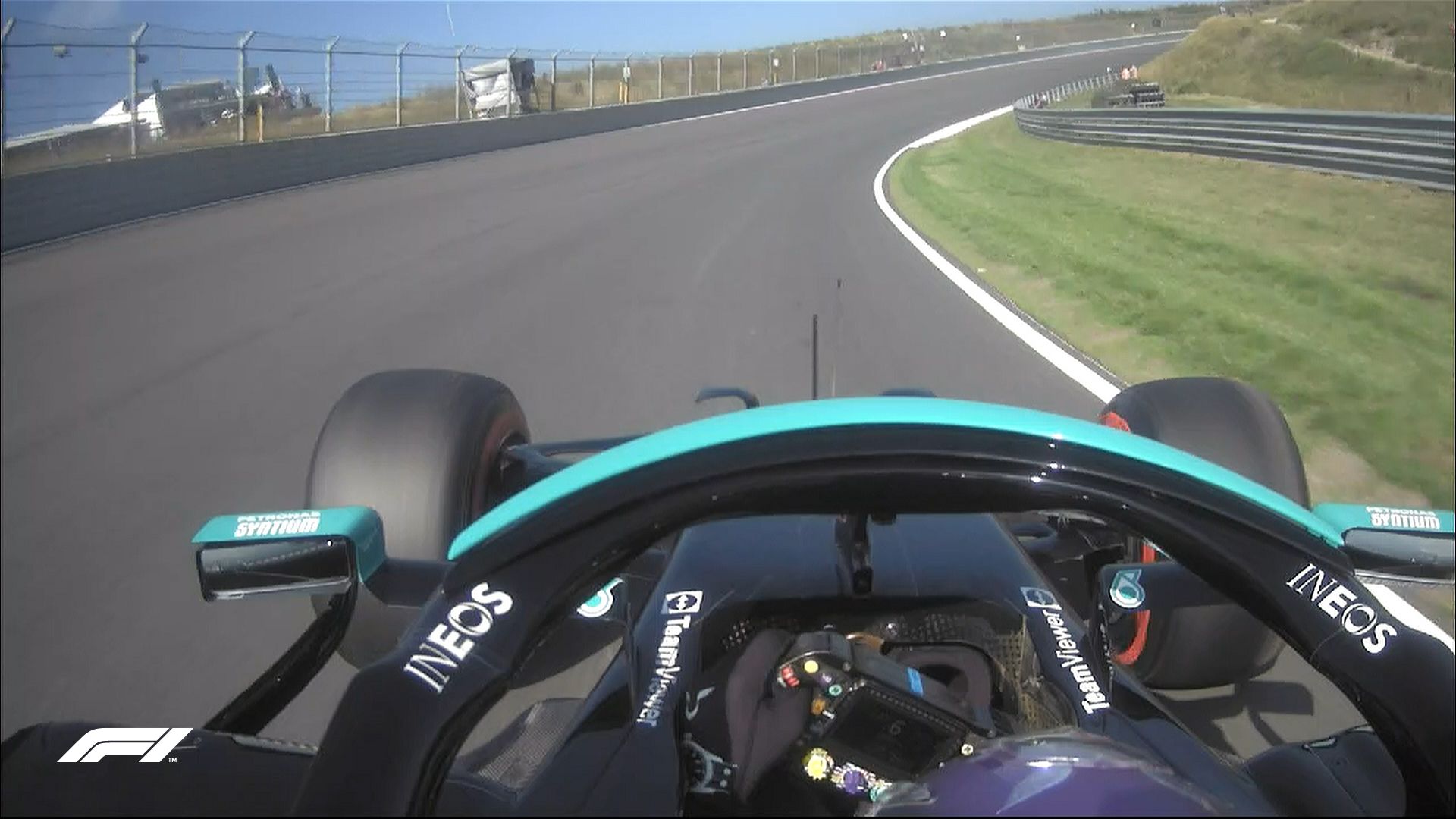 The FP1 of F1 Dutch GP was a waste in the end after Aston Martin’s Sebastian Vettel came to a halt at the pit exit due to a suspected MGU-K issue. The German tried his best to use the extinguisher and not let the electrical components catch fire.

It was a lengthy red flag situation at Zandvoort with the marshals not allowed to touch the car due to it being green and chance of electric shock. The Aston Martin personnel finally dropped in to check the car and allow the marshals to take it away.

The session was finally green with about six minutes to go, as the short circuit had the 19 drivers on for a frantic last few laps, giving us some hairy moments. It was Mercedes’ Lewis Hamilton leading the F1 Dutch GP FP1 in the end, with a 1m11.500s lap.

He was almost racing with AlphaTauri’s Pierre Gasly (1m12.515s) at one point in the frantic end, with the Frenchman ending up 10th. Behind Bottas were the two Alpine cars, with Fernando Alonso (1m12.158s) ahead of Esteban Ocon (1m12.231s).

There was a moment involving Ocon and McLaren’s Lando Norris too, where the Brit tried to get by the Frenchman and also a Red Bull, but the Alpine driver was caught out. The Brit ended up 11th after his off-moment, getting no soft tyre lap in the end.

Alfa Romeo’s Antonio Giovinazzi (1m12.359s) was eighth with the other Aston Martin of Lance Stroll (1m12.431s) in ninth. Outside the Top 10 and behind Norris was Williams’ Nicholas Latifi in 12th, with Alfa Romeo’s Kimi Raikkonen in 13th.

Behind the Finn was McLaren’s Daniel Ricciardo in 14th, with Williams’ George Russell 15th, Red Bull’s Sergio Perez 16th and the Haas pair of Nikita Mazepin and Mick Schumacher in 17th and 18th. The German was involved in the moment between Gasly and Bottas.

He sneaked into the inside of Gasly in the right-hander, when Bottas was on the outside. Vettel was 19th having set his time on the hard tyres, but AlphaTauri’s Yuki Tsunoda did not after his early spin. While Norris continued to use his second power unit, both the Haas and Alfa Romeo drivers took a new set of power unit – their third of the 2021 F1 season.