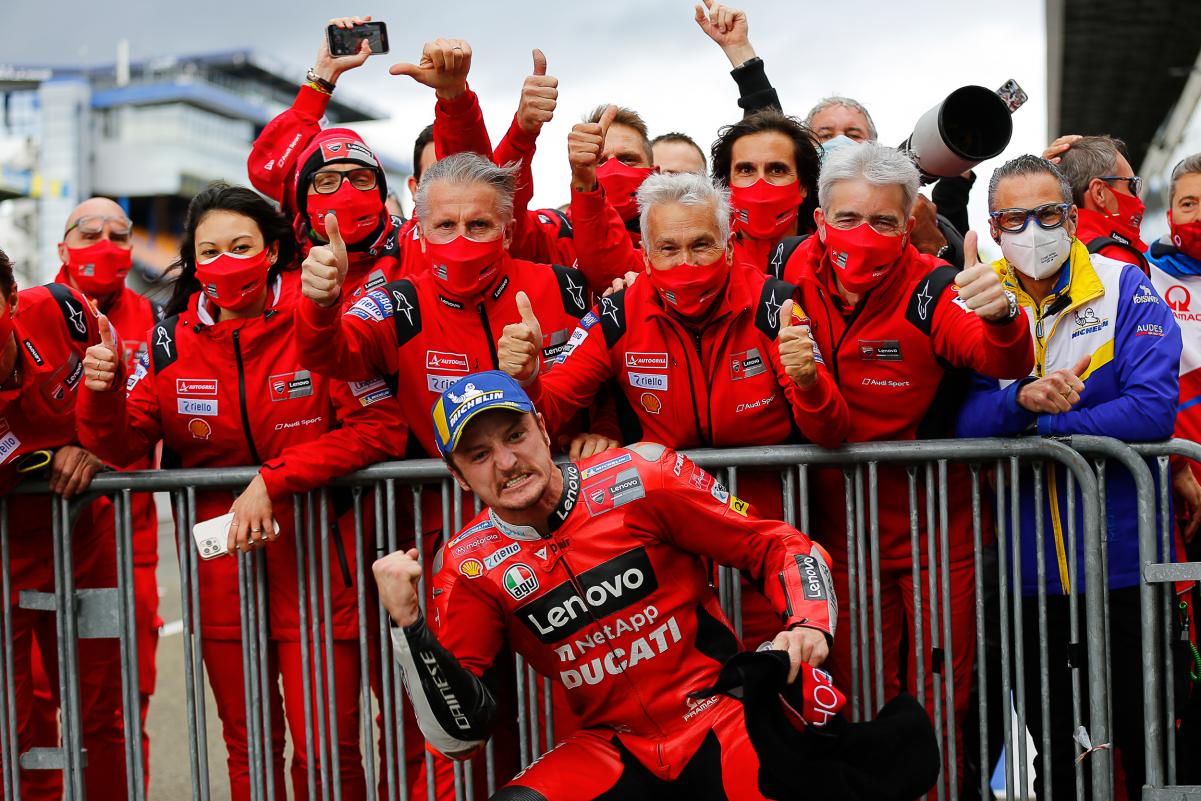 Ducati has confirmed a contract extension for Jack Miller through to the 2022 MotoGP season, keeping the same line-up.

Miller made his much-acclaimed factory move to Ducati at the start of the 2021 MotoGP season with a one-year contract, having a possibility of two. His Pramac teammate Francesco Bagnaia had a two-year deal done and dusted already.

The pair will now stick together in 2022 as well, which will be their fourth MotoGP season together after two years at Pramac, as Ducati confirmed the contract extension for Miller. This ends the possibility of Johann Zarco moving into the factory set-up.

Miller did not have the greatest of starts with Ducati in 2022, but has since won two races, which solidified his seat. “I am thrilled to be able to continue my adventure with the Ducati Lenovo Team also next season,” he said. “Wearing these colours is a great honour for me, and having been able to win the last two races on the Desmosedici GP is a real dream.

“It wouldn’t have been possible without the great support that I’ve received from Ducati and the whole team during the last months, and I want to thank Gigi, Paolo, Davide, and Claudio for the faith they had in me. Now I can solely concentrate on the current season. We are fourth in the standings, not far from the leader, and the Championship is still very long. I will do my best to continue this positive trend and fight for the title. Forza Ducati!”

At the same time, Luigi Dall’Igna, Ducati Corse General Manager, added: “We are delighted to be able to announce that we will continue with Miller also in 2022. In this first season, Jack has shown great talent, professionalism, and strong determination. He was able to secure two important victories in different conditions after a tough start to the season.

“For sure, he is one of the riders that better knows how to understand our Desmosedici GP to fully take advantage of its potential in any condition, as the recent success in Le Mans has demonstrated. As always, our goal remains the Championship title, and we believe that with Jack and Pecco, we will be among the main protagonists of the 2022 title charge.”

With the Australian’s future sorted, it looks like Pramac should retain the services of Zarco and Jorge Martin, along with a fresh deal with Ducati. With Avintia set to leave MotoGP, speculations has linked Valentino Rossi’s VR46 squad to opt to partner with Ducati.

The reports have linked VR46 to have had talks with Yamaha and Suzuki too, but they could end up with Ducati, which academy rider Luca Marini rides at the moment.