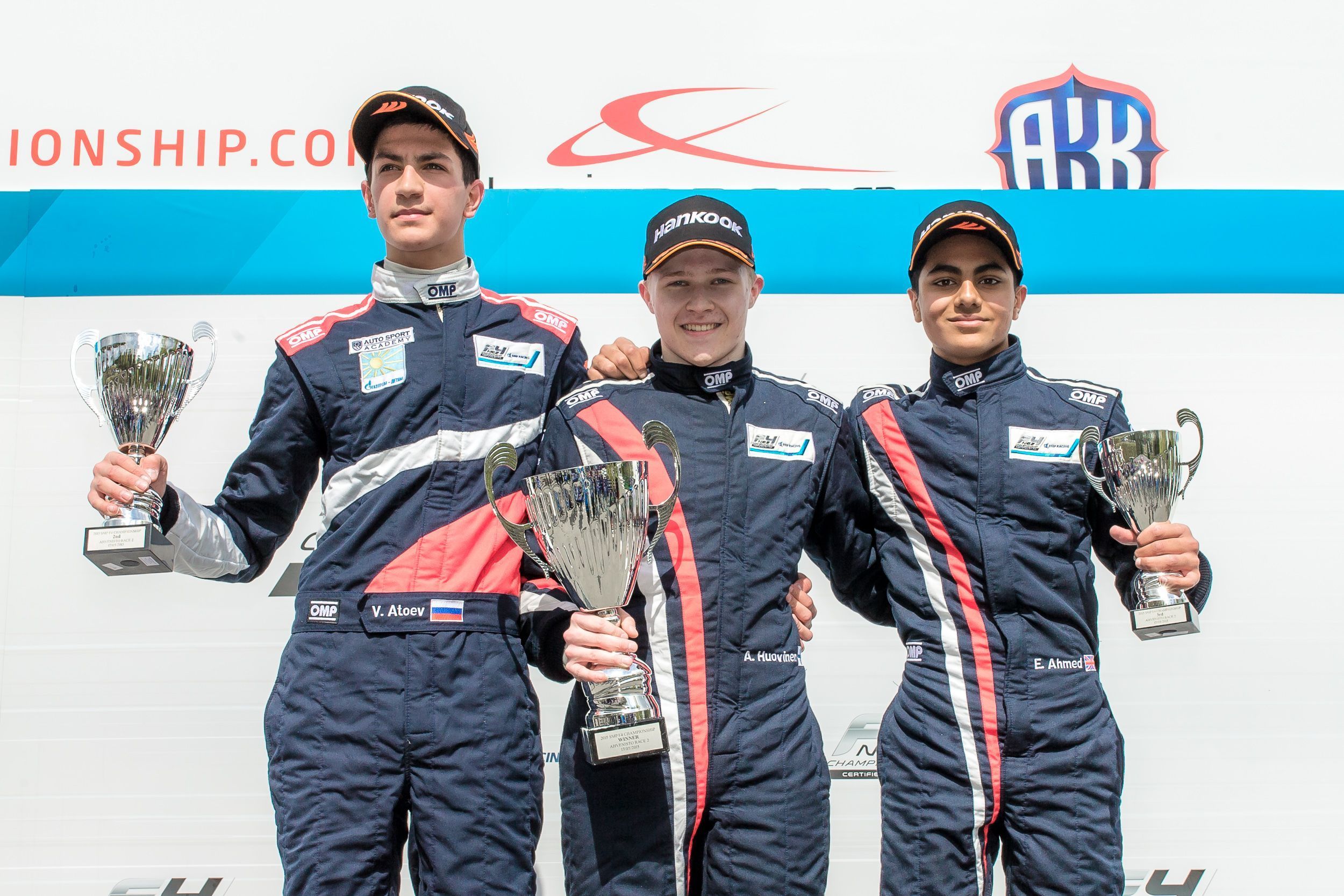 The sun was beaming down with the crowds out again showing their support ahead of Race 2 here in Ahvenisto, Finland. It was yesterday’s race winner Aleksanteri Huovinen who had pole position, in front of Niko Kari and Race 1 and 3, pole sitter Vladimir Atoev.

As the lights went out Huovinen took the lead, Nerses Isaakyan jumped to P2 closely following the Finn. Kari stalled on the grid allowing Atoev to gain a position into P3. Enaam Ahmed had a great start popping himself into P4 just out of a podium position, but Russian Kabakov was all over the back of him giving him a hard time.

Mavlanov was holding up Troitskiy, while Kari started to make his way back up the field passing Evstigneev and heading up to Sitnikov. Mean while Joel Eriksson was on a flyer going from P12 to P5. With Atoev and Isaakyan having a feisty battle, it allowed Huovinen to just keep extending his lead with a gap of 4.966 and continuing to get fastest laps. Unfortunately Korneev got stuck at turn 5, that ended his race and brought out a yellow flag. Kari had a front wing hanging so had to do a quick pit stop with just 10’ to go.

As the last few minutes remained the battle between Isaakyan, Atoev and Brit Ahmed kept going, fighting for P2. Troitskiy who was faster than fellow Russian Maslennikov kept pushing his team mate, trying to find the right place to over take, however he was experiencing damage to his front wing so it was looking to be a challenge.

The last lap arrived and Troitskiy eventually found the space to make a well-earned move on Maslennikov, at the same moment Isaakyan who had been running P2 the entire race made a fatal mistake ending his race, this put Atoev into second place with Ahmed in provisional third.

To bring this thrilling Race 2 to an end, Huovinen was in a World of his own all the way to the finish line where the chequered flag was waiting, taking his second victory of the weekend. Vladimir Atoev took P2 closely followed by Enaam Ahmed for P3.