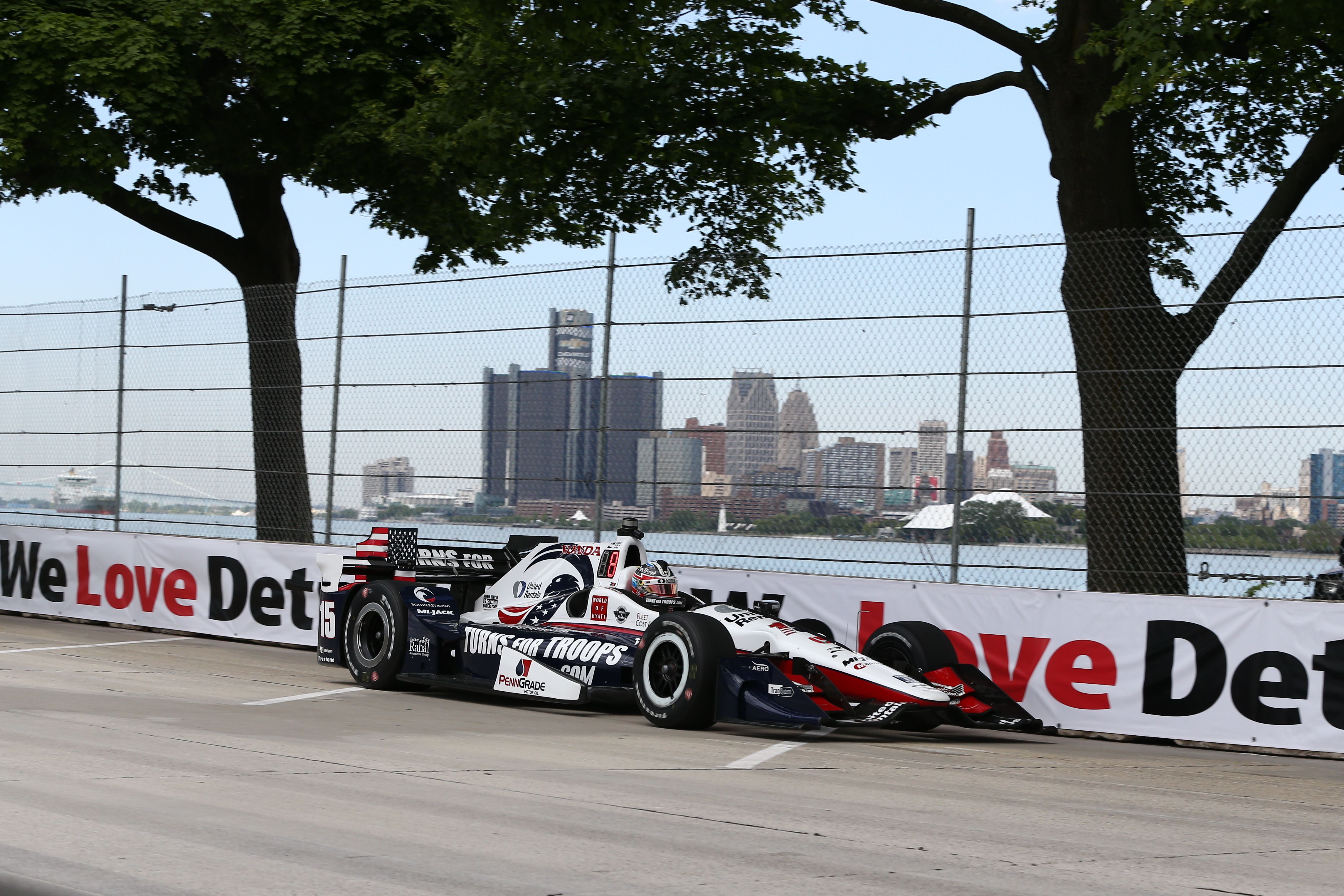 The month of May might be over but not the American racing with the traditional visit of IndyCar double header at Belle Isle, Detroit (Michigan) the city that breath racing, with Team Penske owner Roger Penske as a host of the race with Chevrolet.

At the start of the race, James Hinchcliffe (Schmidt Peterson Motorsports) spun off at turn 2 alone, causing the first Caution of the race with the Canadian could avoid losing the lead gap, managed to get into the pits along with his team mate, Mikhail Aleshin on lap 2, to drive without traffic, the same strategy was used for Oriol Servià (Rahal Letterman Lanigan Racing).

The strategy today was to stop two or three times.  In the lead, we saw how Team Penske drivers decided to do three pit stops along with SPM, while Rahal, Sato, Rossi and Dixon decided to go for two, which was the good one.

On lap 25 after the first pit stops, Castroneves was leading ahead of Newgarden (Team Penske) who joined the pit for second time during a second Caution period, caused by a contact between Charlie Kimball (Chip Ganassi Racing) and Conor Daly (A.J. Foyt Enterprises).

This helped Newgarden to loos less time, while Castroneves decided to stay on track. After the 2nd and 3rd’s pit stops, Rahal was in the lead with 8.7 seconds of gap ahead of Dixon, Hinchliffe was third, ahead of Rossi and Newgarden, Castroneves was down to 9th 27 seconds behind Rahal.

In the final laps, Newgarden overtook Rossi for fourth position, while Chilton (Chip Ganassi Racing) and Sato had to join the pit lane.

Rahal took his first victory of the season, which is a good way to finish the problems that he had during the first half of the season. It’s a Honda victory once again with the whole podium with Honda entry. Newgarden is the first Chevrolet finishing on third position.

In the championship standings, Dixon is taking the lead again with two points more than Castroneves. Sato is third with 17 points less than the Kiwi, followed by Pagenaud –27 points less, and Rossi -55 points less.