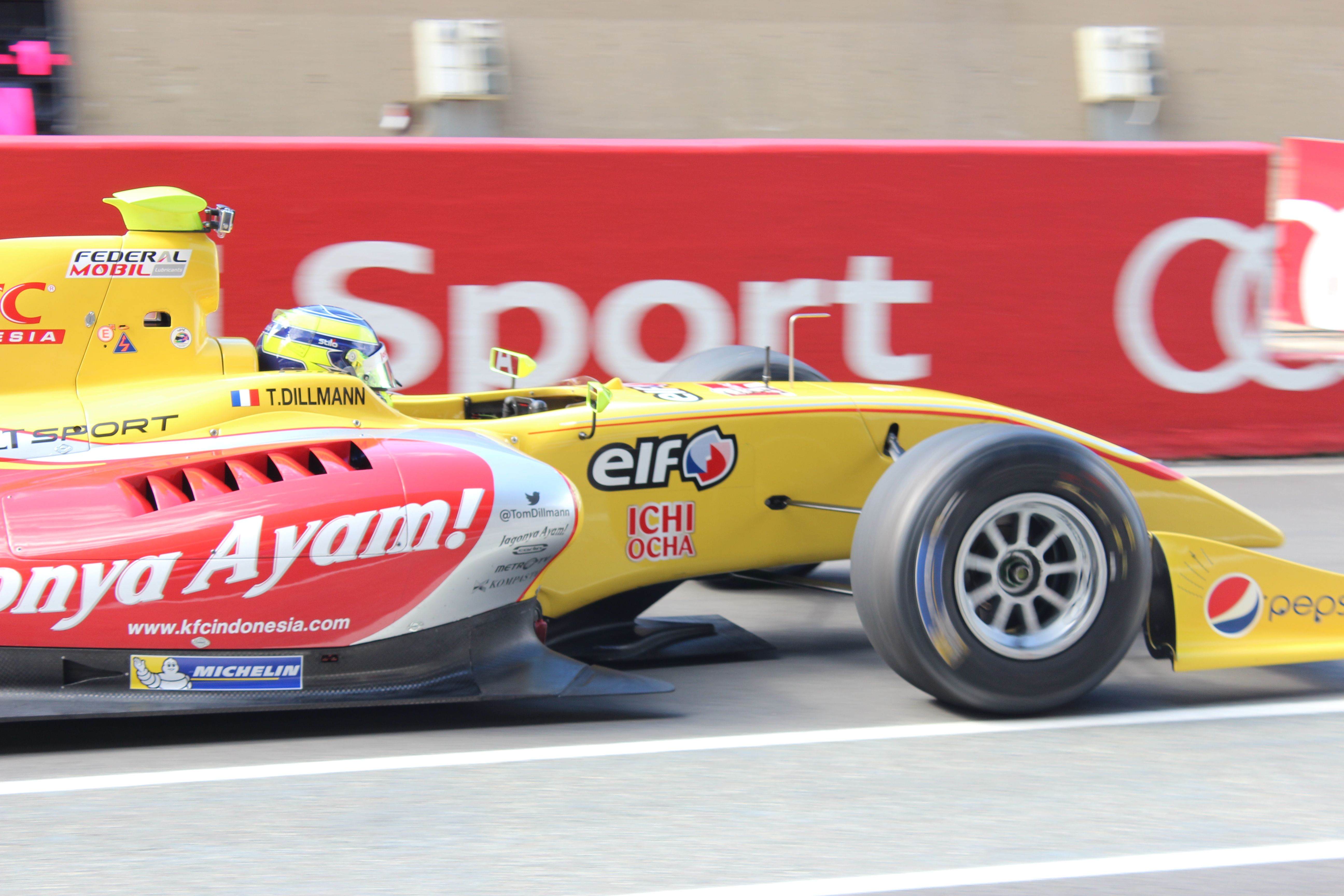 The second and last collective tests of the Formula Renault 3.5 on the circuit Bugatti Le Le Mans turned in the advantage to Tom Dillmann.

It is under some rays of sunshine that the drivers of the Formula Renault 3.5 dashed for the second and last practice session of the day. In spite of low temperatures the pilots jump quickly on the track after the green flag was deployed.
A few minutes after the launch of the session Stoneman raised the lead in front of the championship leader.
Dillmann takes the lead at the middle-session with an advance of 0.206 seconds on Dean Stoneman.

A red flag at the end put an end prematurely has the last session, which allowed the French pilot to protect the best time. Rookies Orudzhev and Stoneman was very quickly and jump in 2nd and 3rd place in front of Vaxivière aspiring to the title. The championship leader signs the 6th time behind Ellinas, the last race winner.