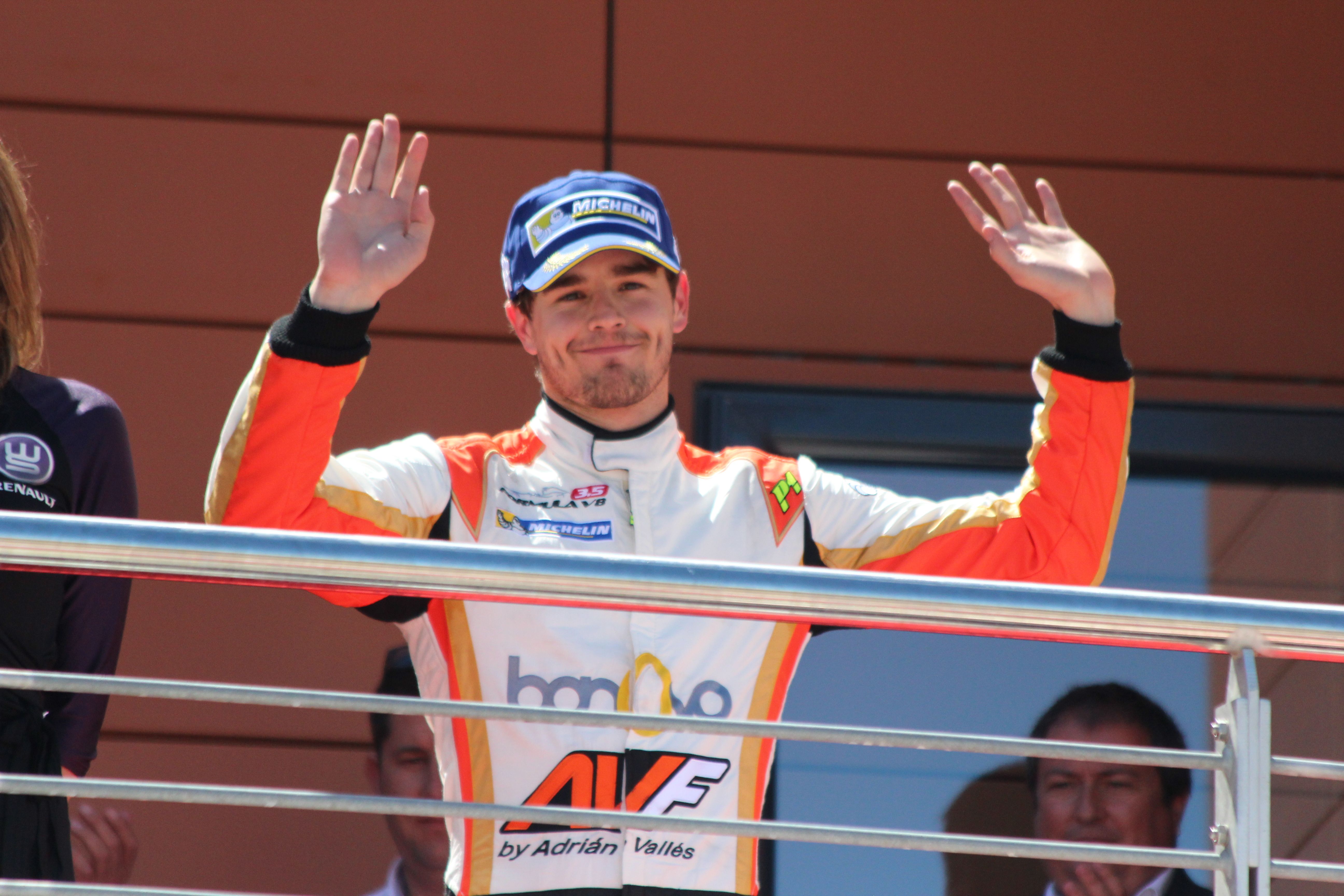 Tom Dillmann is getting very stronger this year in qualifying sessions. The AVF driver took his third consecutive pole position in Formula V8 3.5, under rainy conditions at Hungaroring. Nissany and Vaxivière follow the Frenchman.

The last qualifying session of the weekend was competed under rainy conditions for first time this season in the series and in this circuit.

The session was a strange one, two Full course yellow periods only allowed the drivers to fight for the pole position in the final minutes.

After an early lead from yesterday race winner, Johnny Ceccotto (RP Motorsport), it was Roy Nissany (Lotus) who dominate the session, improving every time his lap time.

The Israeli driver may have thought that pole position was in his hands but, the Frenchman’s Dillmann (AVF) and Vaxivière (SMP Racing) improve the lap of the Lotus, to take the pole position.

Matthieu Vaxivière who took the pole position, received the bad news to see his lap time eliminated from the time sheet due to not respect the track limits. That means another pole position for Tom Dillmann, his fourth in the series and his third consecutive this year in the series.