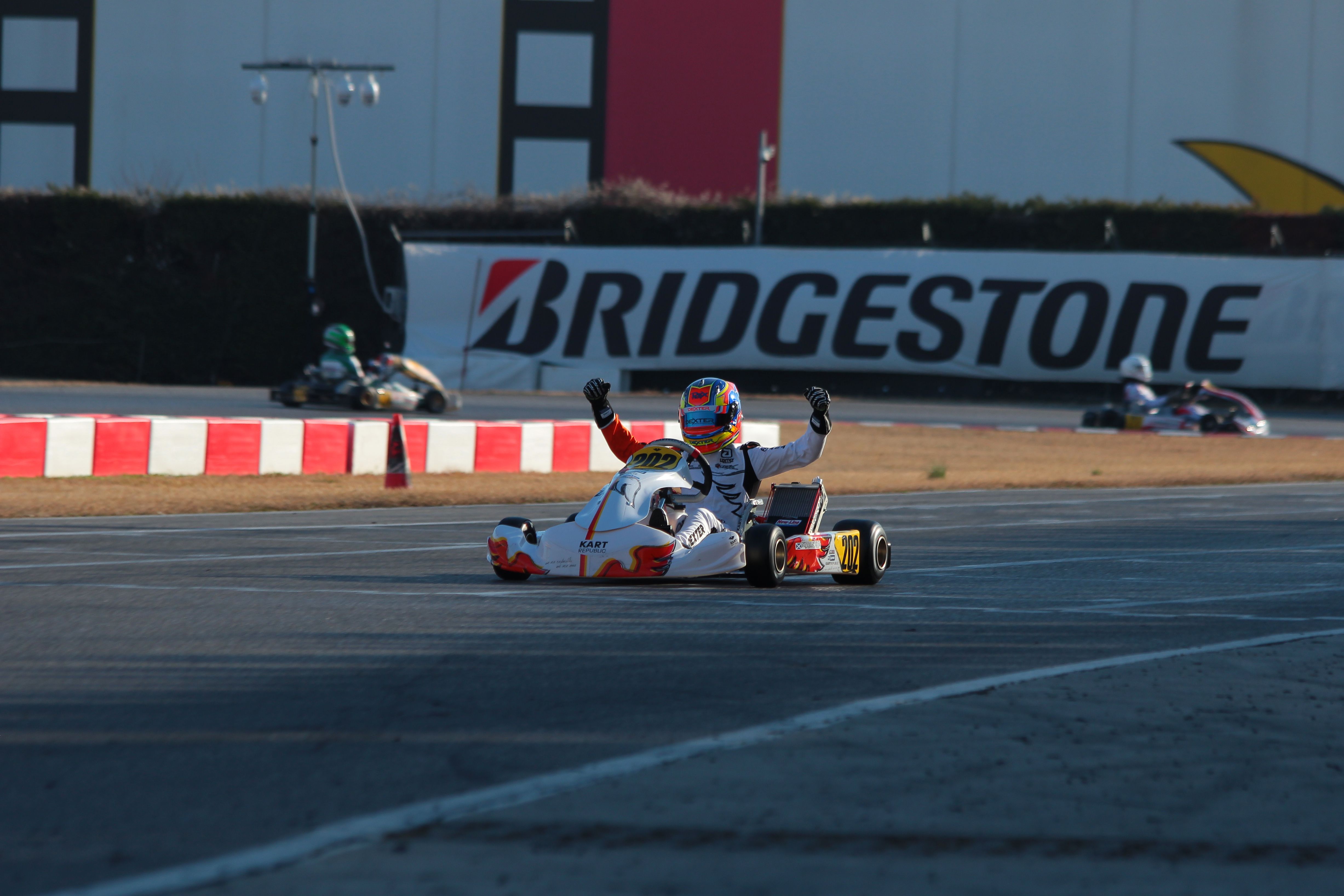 Scottish driver Dexter Patterson won the final of the OK category during the second round of the WSK Super Master Series 2019 at the South Garda Karting in Lonato, Italy. The Kart Republic driver overtook world champion Lorenzo Travisanutto, while Dino Beganovic completed the podium after an incredible comeback.

Lorenzo Travisanutto (KR / IAME / Bridg) came out in pole position after winning one of the pre-finals. Beside the Italian driver came Dino Beganovic (Tony Kart / Vortex / Bridg) who was the great dominator throughout the weekend.

Travisanutto took the preferential position very well to maintain the lead of the race at the time of the start, in turn Dino Beganovic of the Ward Racing team did not know how to take advantage of the first row of the grid, going down to ninth position.

At the helm, Lorenzo Travisanutto of the HTP Kart Team was beaten in the third round of the race by Swedish Noah Milell (Tony Kart / Vortex / Bridg). Milell of the Tony Kart Racing Team, who did not participate in the first round of the championship, got a safety distance of two tenths with respect to Travisanutto.

Travisanutto could not stand the rhythm of his Swedish rival and saw how it was the 2017 Junior World Champion, Dexter Patterson (KR / IAME / Bridg) who surpassed him for second place in the middle of the race.

The Kart Republic driver, Dexter Patterson would continue with his great pace to overcome 3 laps later to Noah Milell. The Tony Kart would not stand the pace of the race and soon after would be overcome by Lorenzo Travisanutto and Dino Beganovic who complete the podium finishing in third position.

Genís Cívico was the only Spanish representative in the final. The pilot of Sant Joan de les Fonts was very competitive throughout the weekend, riding in podium positions even during some laps, although finally the official driver of Croc Promotion finished in fifth position.

In the drivers’ championship, thanks to the victory in the Adria final and the good results of this weekend, Lorenzo Travisanutto remains at the head of the standings with 151 points. Dexter Patterson is followed by 23 points. Although the distance seems very big even with two rounds to be played, we could count up to 3 more riders with chances for the championship, apart from those already named. Dino Beganovic is third at 57 points, followed by Taylor Barnard at 73 and Kas Haverkort at 81.

The next round of the championship will be played in the International Circuit of La Conca to Muro Lecesse in two weeks.