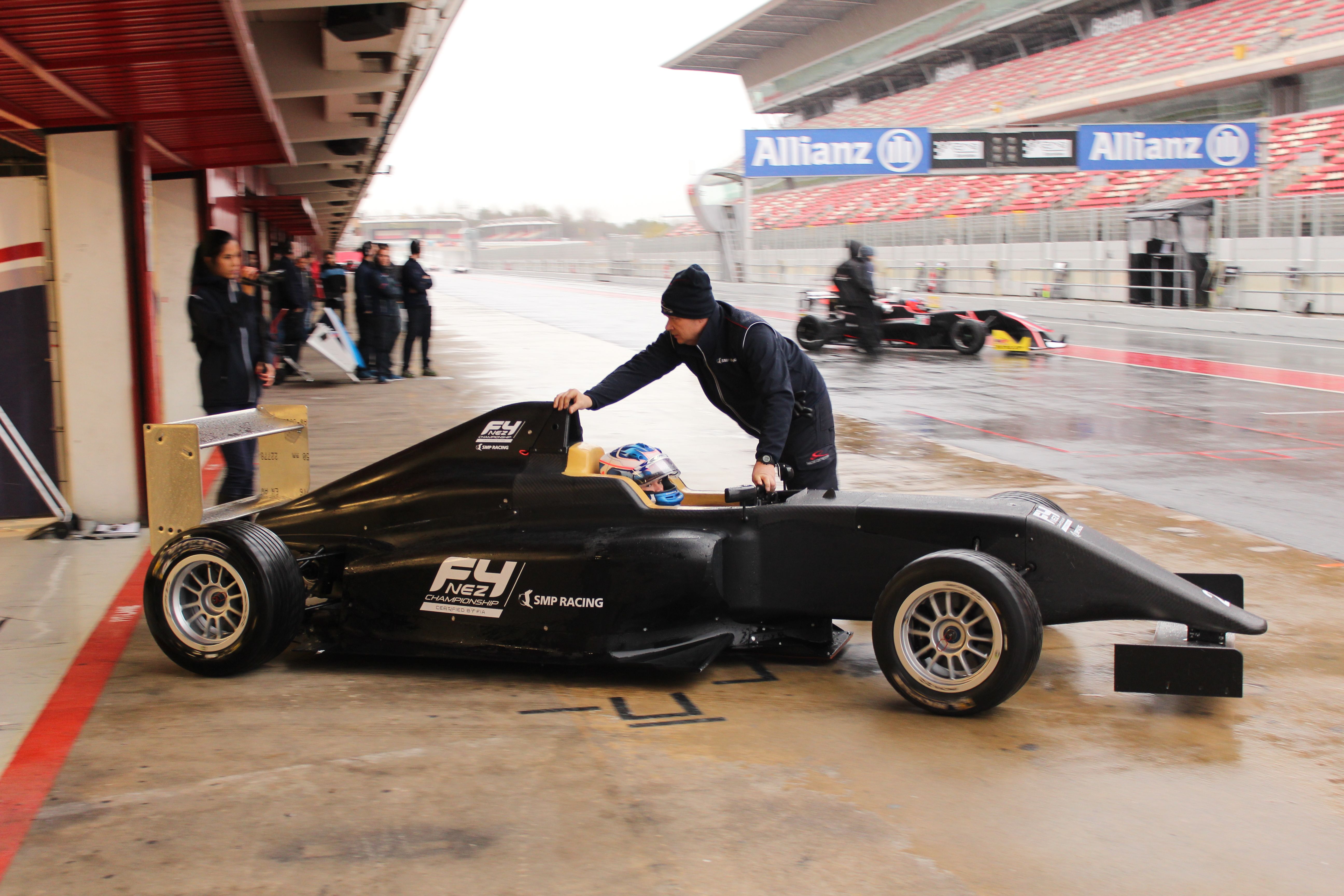 After two days on the 3,7km circuit of Alcarras, the Tatuus F4-T014 Abarth from the SMP F4 Championship stopped on the legendary track of Montmelo for some more mileage.

This time it was the 2014 Eurocup and ALPS Formula Renault Champion and Mclaren Young Driver, Nyck de Vries, who was in charge to push the new car to its limits.

After a raining morning punctuated by numerous red flags, the afternoon session allowed the Dutch driver to have longer run with the car.

“I have been pleased with the behaviour of the car and I’m particularly amazed by the brake pedal which is stiffer than some bigger single-seater I have driven. We have made some set-up changes throughout the day to understand the car better and all in all, it was very good. The car is reacted very well and actually requires a precise driving. I am looking forward to see what the contender of the SMP F4 Championship will do next season with this car”.

The testing season kicks off on December 17th on the Spanish circuit of Valencia.