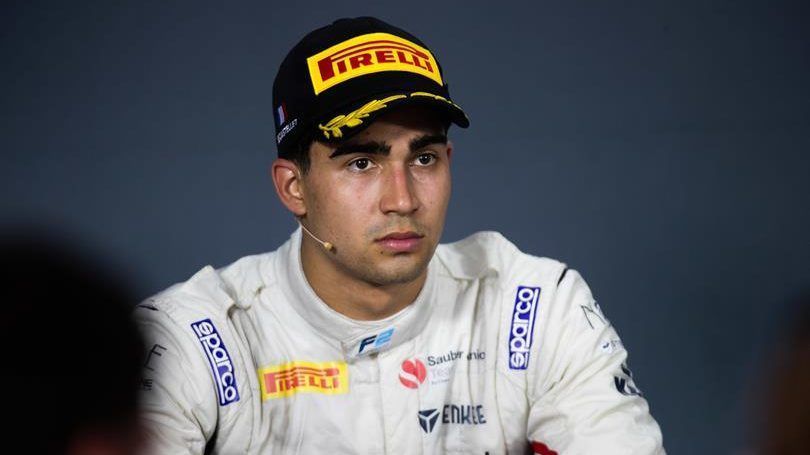 Sauber Junior Team by Charouz’s Juan Manuel Correa has suffered injuries to his legs and spinal after the FIA Formula 2 (F2) Championship crash at Spa-Francorchamps.

The Alfa Romeo Racing development driver had a collision with BWT Arden’s Anthoine Hubert, which sent his Sauber Junior Team by Charouz’s car in a topple before coming to a halt upside down at Spa-Francorchamps.

The incident happened on Lap 3 on the exit of Eau Rouge, which also had Trident’s Giuliano Alesi involved, who was declared safe. Hubert, sadly, died from the injuries suffered after double impact.

The extent of his injuries is not revealed but Correa, who was flown to CHU de Liege hospital, where he underwent a surgery and is now resting in the Intensive Care Unit. He was conscious all-through and is stable.

His management team noted injuries to his legs and spinal cord. The release also paid respects to Hubert and insisted to keep off from speculations and wait for updates from the official channels.

The statement read as:

“Today, American Juan Manuel Correa was involved in a scary incident at the Belgium Grand Prix at the Spa-Francorchamps in Belgium. A victim of an accident that happened in front of him, Correa had no place to go and made contact with a fellow competitor’s stopped FIA Formula 2 car.

“Suffering fractures to both of his legs and a minor spinal injury, Correa underwent surgery and is resting in Intensive Care. At the current moment, Juan Manuel Correa’s condition is stable. He was taken by helicopter to a hospital where he underwent surgery. Juan Manuel remained conscious the entire time until his admission to the operating room.

“While you keep Juan Manuel in your thoughts and prayers, please also pray for the well being of Anthoine Hubert’s friends and family. In motorsports, we are a family, and we lost one of our family members today. More updates on Juan Manuel’s condition will be made public when available.”

It is incredibly sad for Correa as the American-Ecuador driver only had his first run in a old F1 car – the Sauber C32 – last week at France’s Circuit Paul Ricard through Alfa Romeo.

In respect to Hubert and his family, F2 cancelled the sprint race for Sunday after the feature race was cancelled as well. The Belgian GP looks like will go ahead but the sprint F3 race has been postponed to 11:00 CET.

This photo uploaded by the F2 website shows both Hubert and Correa having a good time before the Spa weekend kicked-off, sends a big message of living each moment to the fullest:

UPDATE: The FIA confirmed the cancellation of the sprint F2 race with a new timetable, which also revealed that both the F3 and F1 races will carry a minute’s silence in respect of Hubert.

A request for fans at Spa-Francorchamps circuit is for them to stand up and applaud for Hubert on Lap 19 of the F3/F1 race as the Frenchman raced that number in F2.