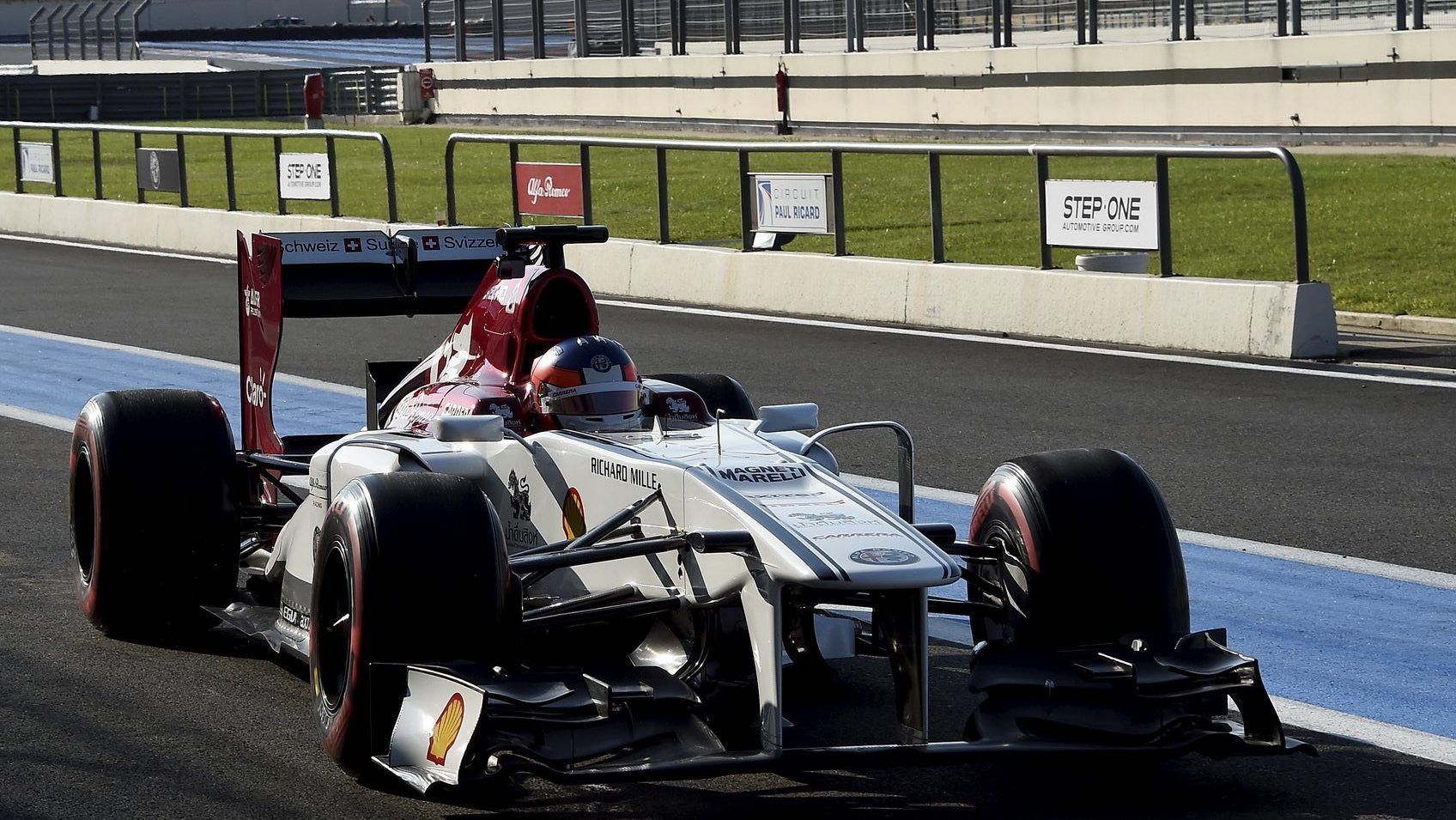 The FIA Formula 2 (F2) Championship drivers had a F1 test run with Alfa Romeo at Circuit Paul Ricard on August 23-24 as the summer break nears its end with the Belgium GP coming up next weekend.

This was Calderon’s third test run with Alfa Romeo after having two in 2018. The BWT Arden racer drove the 2013 Sauber C32 in Alfa Romeo colours on Friday, with Correa taking over on Saturday.

The unofficial quick time from Calderon was a 1m43.3s as she held a sign board stating 43.3s, while Correa had a 1m41.8s board held after his run. The lap count of either drivers is not not known.

No media were present but it looks like Fox Sports’ South American team were on ground to overlook the proceedings and take interviews of both the F2 racers. It is worth to note that Correa had his first F1 outing.

The photos and videos suggest a smooth run for both Calderon and Correa, with no stoppages or crashes. Meanwhile, the test marked for the first F1 track run since the Hungarian GP after which the summer break set in.

A video of Calderon in action: