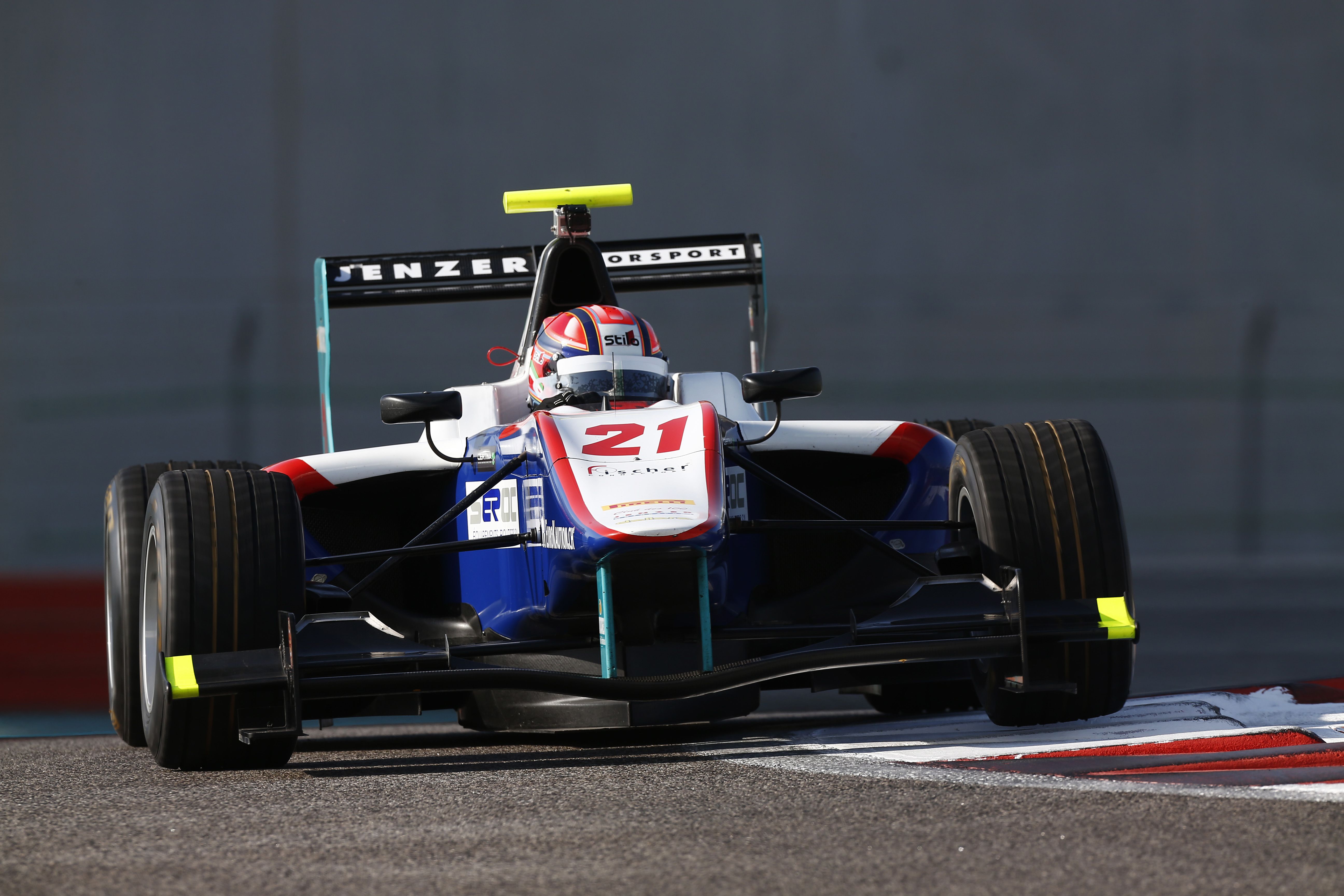 Italian ace Kevin Ceccon posted the quickest laptime of the day: a 1:55.501 set in the morning. French rookie Andrea Pizzitola topped the times in the afternoon session with a 1:55.832, narrowly beating Mitch Gilbert in the Arden International car.

The morning test session opened up in glorious conditions at the Yas Marina Circuit for day one of post-season testing. There were plenty of new faces and many drivers testing a GP3 car for the very first time as the pitlane was frenetic with activity with everyone keen to get on track. The drivers were using the soft Pirelli compound.

Frenchman Pizzitola was fast out the doors for ART Grand Prix with Carlin’s Ed Jones in second and Ferrari Academy driver Antonio Fuoco in third. Jenzer Motorsport’s Kevin Ceccon went P1, but Pizzitola lapped a tenth quicker to re-take his place at the head of the timings.

The Italian found more pace to shoot back up to the top of the timesheet, 0.060s his advantage over Pizzitola. At the midway point, Jones and Arden International’s George Russell demoted Pizzitola to fourth as the positions below them remained fairly static with the best times being set early on in the session.

There was one red flag near the close of the morning test when Jenzer Motorsport’s Raoul Hyman stopped at Turn 7; however the action resumed with three minutes remaining.

Following GP2’s turn on track, GP3 returned for their afternoon session. The test was briefly halted when Trident’s Alex Palou spun, the Spaniard was able to continue and action resumed. Pizzitola set the early pace, first to lap in the 1m55’s in the afternoon session, with Gilbert hot on his tail.

Fuoco’s Koiranen GP car stopped on track causing a short interruption to proceedings but once the track was green Palou set the fastest first sector to go P3, with Mathéo Tuscher (replacing Ceccon for the afternoon test) in fourth.

With half an hour left on the clock, the session was red flagged when Carlin’s Matt Rao made contact with the barrier at turns 3-4. The track became live again with just five minutes remaining and at the chequered flag Pizzitola edged out Gilbert by a mere 0.053s. Palou, Tuscher, Russell, Artur Janosz (ART Grand Prix), Parry, Alfonso Celis. Jr (Status Grand Prix), Ryan Cullen (Koiranen GP) and Boschung completed the top ten.