Home More Interviews Carlos Sainz Jr: “I’m still young and I have a lot to... 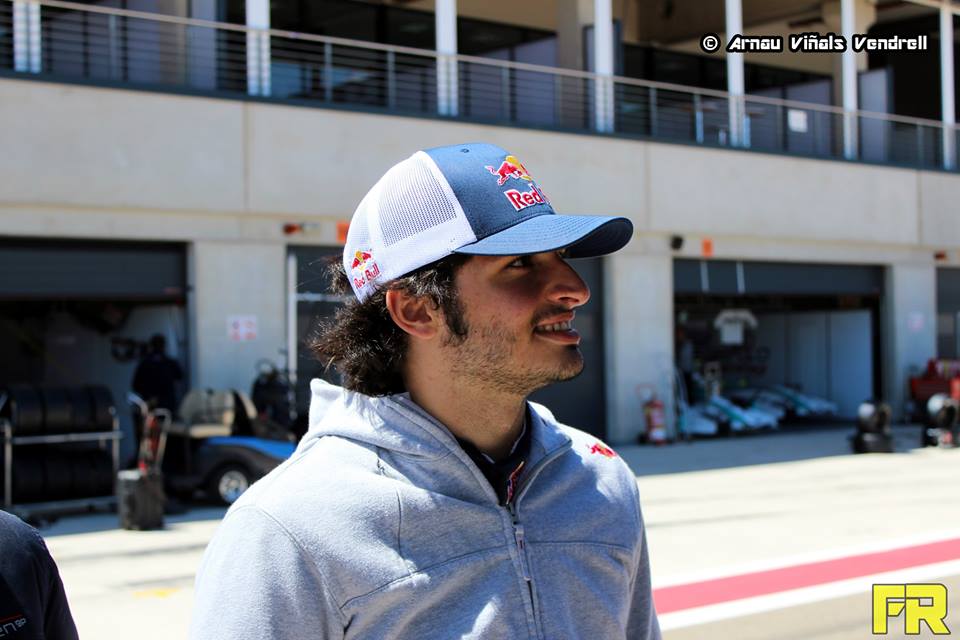 Q: Last year in GP3 was from worse to better. What is your opinion?

A: Well, it was a weird year because it started with problems of setup but we were slowly getting better, and when we finally had a competitive car, at the end of the season, a number of things that did not depend on me happened and conditioned my results. It was a little disappointing, but at least I knew that I didn’t lack rhythm.

Q: What do you think of Kvyat and his seat in Toro Rosso?

A: Well I’m happy for him because at least I know that the Red Bull Junior Team works, that the simplest thing you do will be rewarded and get one chance, and this is what motivates me to keep pushing to achieve my goals. But otherwise I am disappointed because I’ve raced against him four championships,I won three, he got one, and it is him who is in Formula 1. But I’m young, I still have a lot to do and in the end this is a long distance race.

Q: And on the other hand, what do you think of Da Costa not getting anything yet, still being the favorite?

A: Yes, in this way I feel sorry for him because I considered it an ideal driver for the Toro Rosso seat, but these things happen and I’m sure he will do well in DTM.

Q: Regarding this year, how was the preseason?

A: The preseason was fine, we did it right for us to do well in Monza and Motorland and at the end, hard work and sacrifice have paid off.

Q: Why do you have such a high pace and Norman doesn’t?

A: I do not know, there are many things that can affect the behavior of a car. But I’m sure Norman is a very good driver and he will eventually be there. For example, if you look at his race times, they are faster than mine and I am convinced that we will finish in a good fight.

Q: How did you feel when you stopped the car in Monza during the first race?

A: Bad, bad, because bad hopes started to go through my head. After a difficult year, I had got the pole, and I knew I had a higher pace, and that happened… it really was a huge letdown but we hoped it was just a pinch of bad luck and would not affect us for the rest of the weekend, and well, we won the next day.

Q: And now that you have won in Motorland, how does it feel winning at home?

A: It’s amazing because winning in home is one of the most wonderful things for a driver, and a month ago my family, friends and even a fan club (which the fact that I have one really surprises me) were starting to prepare for this race and a victory is the best I could give them.

Q: We have seen that in the first three classification, the first three of the grid were separated by less than a tenth. What do you think would have happened if you had started third?

A: It would have been a bit complicated because out of the first corner in first position a good part of the race is already won and being second or third would have been way more difficult. That is why it is very important to be first, a higher pace in the race is not enough.

Q: What are your expectations for the next race in Monaco?

A: Monaco is a very special race, last year, as a rookie, I managed to achieve a sixth place, and I have marked it on the calendar as a race I should do especially well. We will make many preparations and we will try to do our best.

Q: What are these race?

A: These are two races in a row, Monaco and Spa-Francorchamps. These races are two key Grand Prixes, and at the same time two of my favorite tracks, that is why I would like to give my best and do particularly well.

Q: You are Spanish and have two rounds at home, do you think finishing in Jerez will help you?

A: Surely yes, finishing the championship at home will be a plus and I’m lucky to have two races in Spain, hopefully get there get as far forward as possible.

Q: Why did you choose the Formula Renault 3.5 instead of the GP2 Series?

A: I did not choose it, Red Bull chose it, as they choose everything because of the link I have with the Red Bull Junior Team. I think it’s ideal because we have seen that Magnussen and many other drivers have left the 3.5 direct to Formula 1 and they are doing well.

A: I honestly do not stop and think about Formula 1 because when you stop and think for a moment, you literally stop walking. I have to focus on doing things right where I am. I will have time to think when the opportunity arrives.