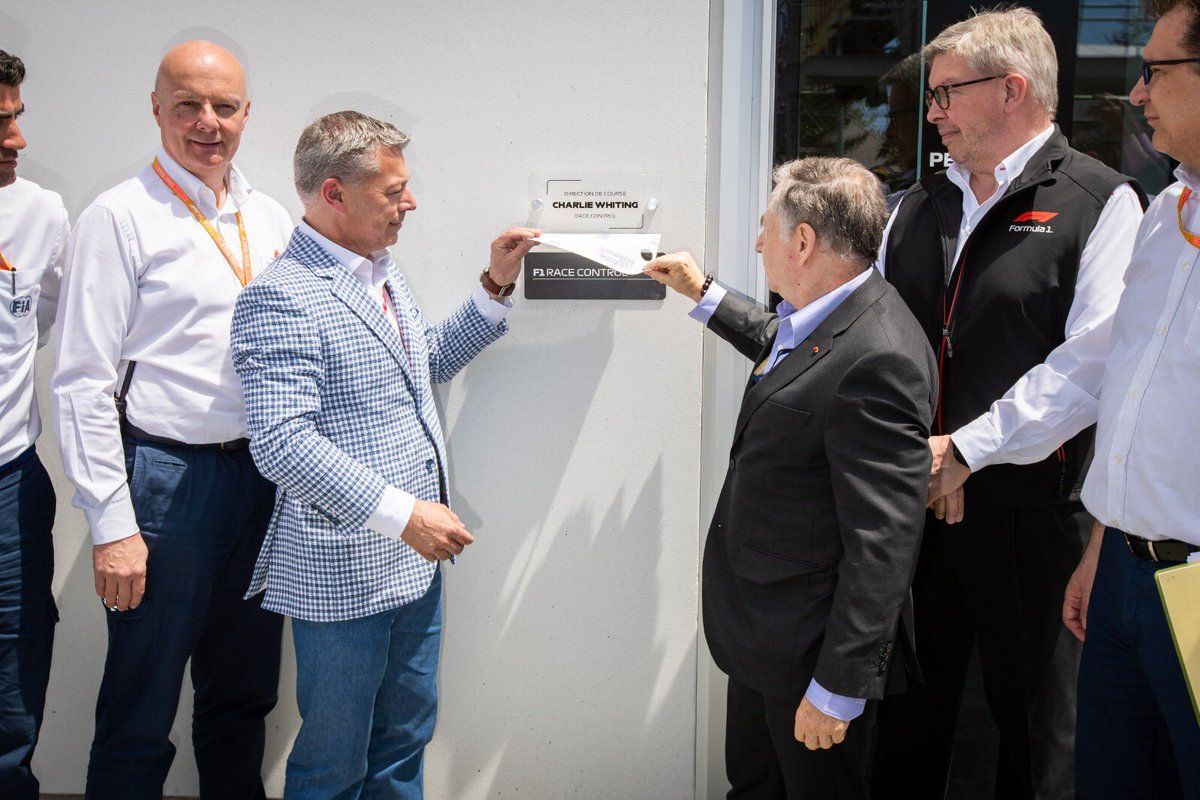 The plaque was inaugurated by the FIA president Jean Todt along with F1’s Ross Brawn and the Canadian GP race promoter Francois Dumontier on Saturday, in a fine honour towards the FIA’s former race director, Whiting, at Circuit Gilles-Villeneuve.

In a shock to everyone, Whiting died on March 14, just days before the start of the 2019 F1 season at the Australian GP. Dumontier learned of Whiting’s death while on a plane towards the Melbourne race and wanted to bestow this tribute towards his friend ever since.

“It was important for me to include Charlie in our new building,” said Dumontier. “He was such an immense part of the sport and my career as a promoter that I wanted to make sure that he would always be remembered at Circuit Gilles-Villeneuve.

“When we heard about Charlie’s death in Australia, it touched everyone in F1. On a more personal basis, I worked 23 years with him. He taught me a lot about safety: how to prepare a race track and how to see the faults. For that, I will be eternally grateful.”

The new room at F1 Canadian GP is renamed as ‘Charlie Whiting Race Control Room’, after the approval from his family and the owner of the Circuit Gilles-Villeneuve, Parc Jean-Drapeau, along with Dumontier as well.

Since the death of Whiting, Australia’s Michael Masi has taken up the race director mantle but he is ably supported by few other personnel from the FIA in different roles. The FIA initially went race-by-race with Masi but extended his stay to until the summer break.