Home F1 Canadian GP: Ferrari stays on top with Vettel ahead of Leclerc in... 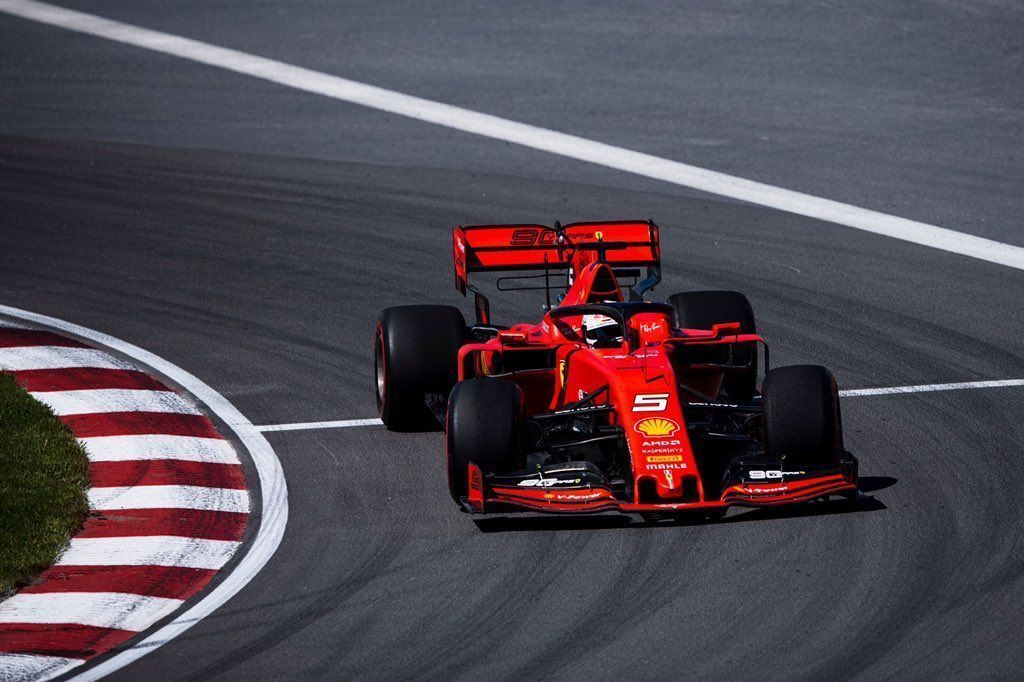 It was Leclerc in FP2 of F1 Canadian GP at Montreal but Vettel stamped his authority in FP3 with a 1m10.843s on his third lap of his final stint despite a lock-up early on. Leclerc was second with a 1m10.982s lap but the Monegasque couldn’t make his third lap stick.

Norris had a moment in the final corner where he ran over the sasuage kerb, for which he was put under investigation. It looked like a floor damage but he was able to continue on. Renault’s Nico Hulkenberg (1m12.305s) missed out on Top 10 to be 11th.

Raikkonen had a stand-off with the groundhog as well, the same one which Williams’ Nicholas Latifi saw in FP1. Behind the Finn was Haas’ Romain Grosjean (1m13.197s) in 17th after the Frenchman had a brush with the ‘Wall of Champions’.

Grosjean also had troubles with the newly laid paint in the garage which stuck on his tyres whenever he left the pit. He had it on Friday which continued in FP3 too, which was the same issue for Ferrari as well as replays showed.

At the back, it was the two Williams drivers with George Russell (1m13.966s) in 18th and Robert Kubica (1m14.426s) 19th. It wasn’t a good day for local boy Racing Point’s Lance Stroll as he couldn’t set a lap time after a hydraulics issue.

UPDATE: Post-session, the FIA revealed that Stroll has reverted to his old power unit after an internal combustion engine failure. Mercedes introduced the Phase 2 unit in Canada, but the Canadian won’t be able to use the new one. It remains to be seen if there is a bigger problem with the upgraded power unit.