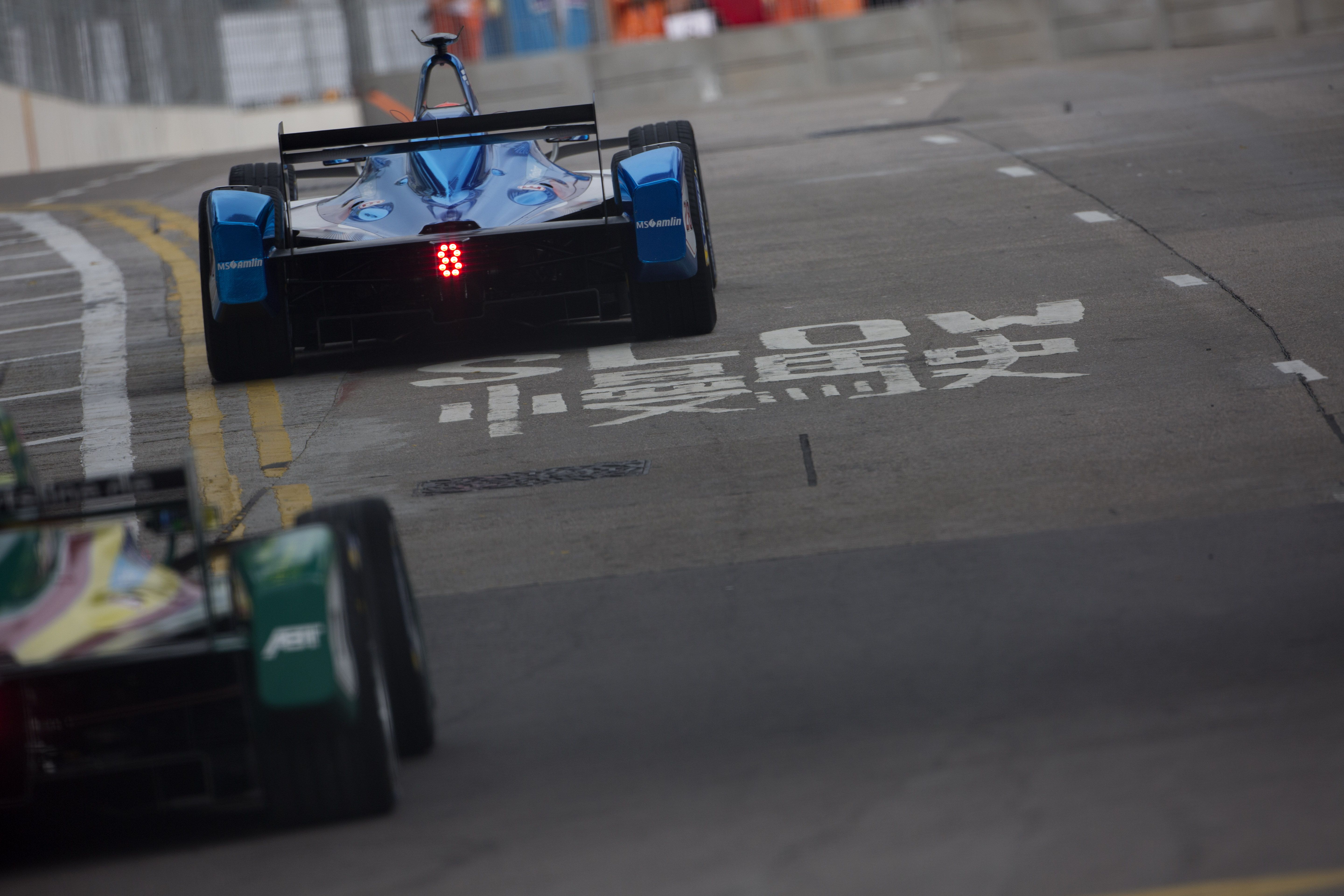 Sébastien Buemi takes first win of the 2016-2017 season ahead of Lucas Di Grassi and Nick Heidfeld in an unpredictable race.

Nelson Piquet Jr started from pole position ahead of Oliver Turvey and Jose Maria Lopez. Good getaway from Piquet who started creating a gap to Turvey. Further in the back, Ma hit the back of Daniel Abt’s car, the Chinese driver had to come back to the pits to change of car at the end of the first lap. Da Costa also seemed to have a problem as he dropped back to last position. Di Grassi, although being P14 on lap 4, had a damaged front wing. Both Abt Schaeffler received the black and orange flag.

Despite his good qualifying session, Lopez suffered a lot in the early stages of the race, completely lacking of pace compared to the others on track. Buemi passed Turvey for P3 on lap 7 while Piquet had a three second gap to Bird. Techeetah cars also seemed to face troubles as Jean–Eric Vergne had to switch cars on lap 10 while Ma retired.

If Techeetah and Abt suffered, Mahindra seemed to go well with Heidfeld and Rosenqvist settling up in P5 and P6 but the Swede eventually spun and hit the wall and had to change car. On lap 14, fanboost was awarded to Lopez, Buemi and Di Grassi.

On lap 17, Lopez crashed into the changed chicane and Piquet could not avoid him and had to lose two places, handing the lead to Bird. The safetycar came on track to retrieve Lopez’ car. On lap 21, still under safetycar, Di Grassi, Buemi, Turvey, Heidfeld, Prost and D’Ambrosio pitted. Piquet stopped one lap later as the safetycar went in.

On lap 24, Da Costa, Engel and Sarrazin stopped. Bird, Carroll and Evans pitted but Bird could not go out of the garage and took 1:27 to eventually go out. After the pitstops, Buemi led from Di Grassi and Heidfeld. Evans also faced problems during his pitstop but had to retire.

Despite being one lap down, Bird had enough pace to overtake back Di Grassi and Buemi. As the race went, NEXTEV found themselves less fast and Da Costa benefited from that, making himself up to P5 with five laps to go. On the last laps, a few drivers seemed to lack of battery but everyone eventually managed to reach the end.

Sebastien Buemi won the first ePrix of the season ahead of Lucas Di Grassi and Nick Heidfeld. Prost, Da Costa, Frijns, D’Ambrosio, Turvey, Engel and Sarrazin completed the top 10. Rosenqvist managed to finish the race, lasting 30 laps on his second car and even managed to set the fastest lap.