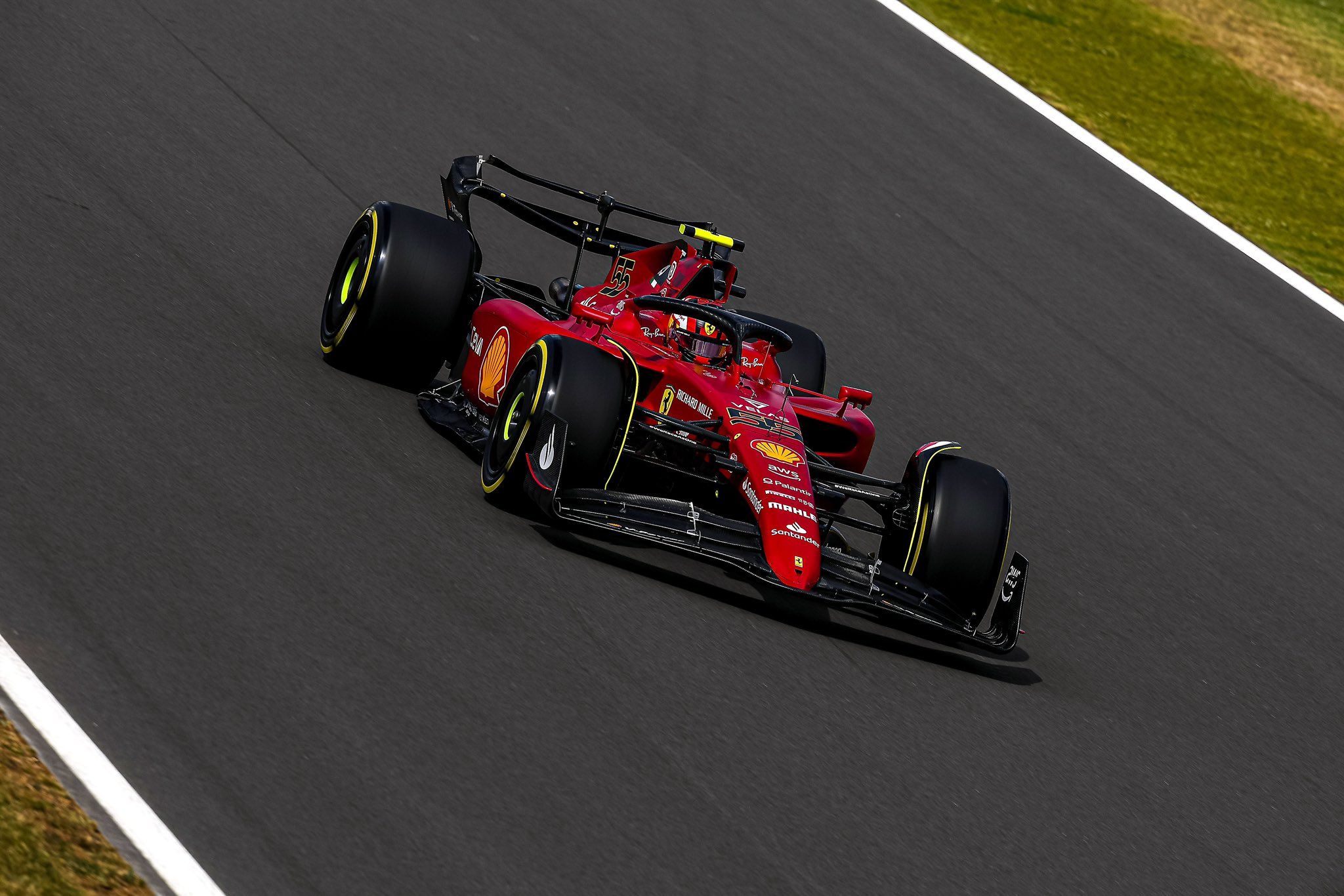 With dry weather conditions, the FP2 session became an important one at Silverstone in F1 British GP where the teams had to combine short and long runs with lots of cars using flo-viz paint to understand its cars better around a demanding circuit.

Ferrari’s Sainz ended up on top with a 1m28.942s lap in a relatively sedate session which saw some porpoising for certain drivers. He led Mercedes’ Hamilton (1m29.105s) and McLaren’s Norris (1m29.118s), who had a problem in a pit stop.

There was a jack failure where his car was dropped on ground rather heavily. Red Bull’s Max Verstappen (1m29.149s) was fourth from Ferrari’s Charles Leclerc (1m29.404s), with Alpine’s Fernando Alonso (1m29.695s) slotting in sixth from Red Bull’s Sergio Perez (1m29753s).

Williams’ Alexander Albon did well in 13th with his car having the major upgrades which the team brought for the weekend. Alfa Romeo’s Zhou Guanyu slotted in 14th from Aston Martin’s Sebastian Vettel, whose team noted a floor trouble.

AlphaTauri pair reported of lack of grip with Yuki Tsunoda only 16th and Pierre Gasly 18th with Haas pair also having a sedate session where Kevin Magnussen was 17th and Mick Schumacher 19th, as Williams’ Nicholas Latifi was 20th.

Here’s how FP1 panned out in F1 British GP