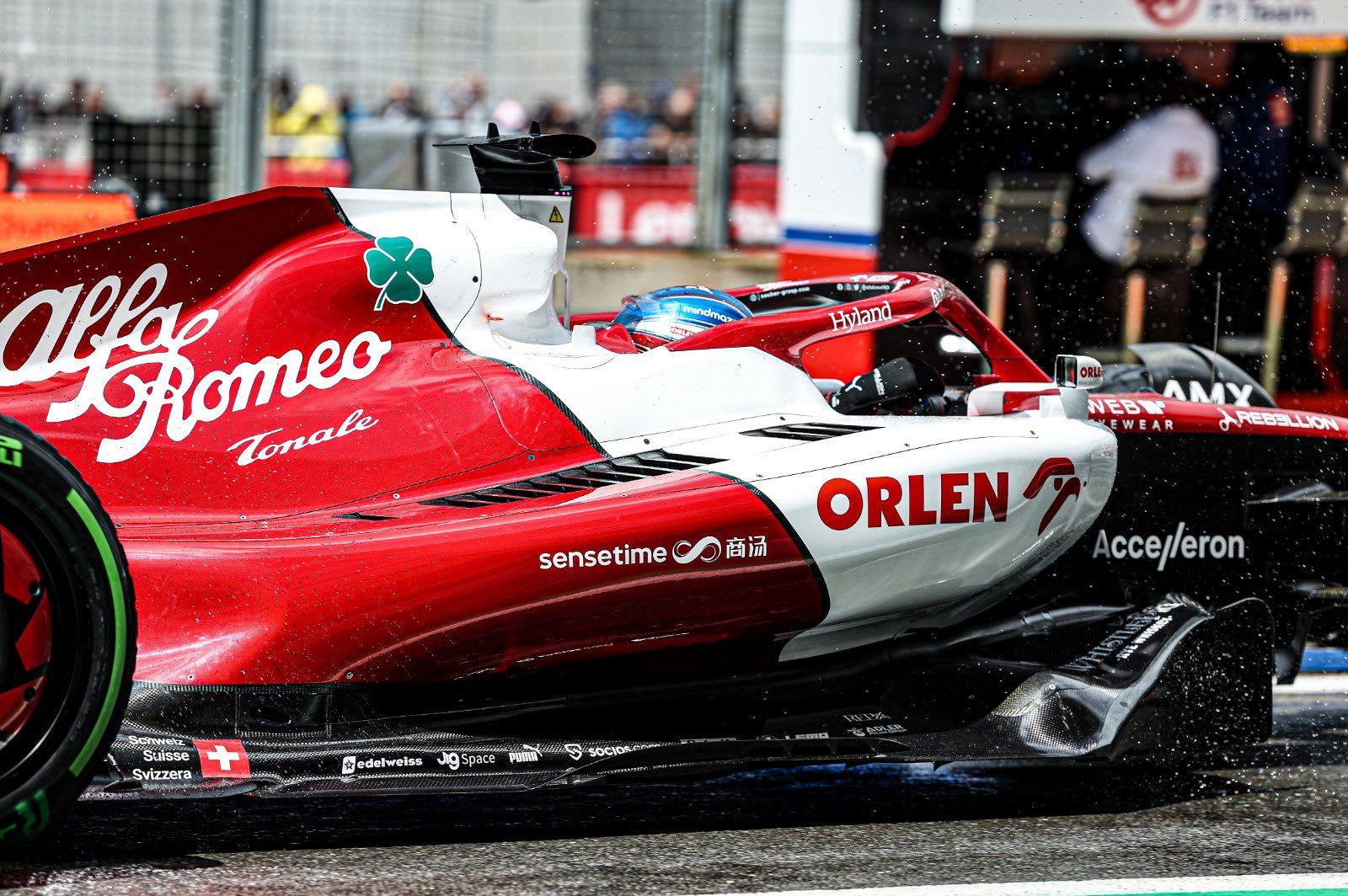 The rain shower at Silverstone disrupted the FP1 session in F1 British GP as it limited the running for the whole field where several chose not to set a lap time. By midway, they waited for the weather to change, but it started drizzling again to set them back.

By the end of the session, though, there were some laps on the slick tyres on a drying track. Among the slick runners, Alfa Romeo’s Bottas set the pace with a 1m42.249s on intermediate tyres as Mercedes’ Hamilton (1m42.781s) was second on slick compound.

The session ended under red flag after an off for Aston Martin’s Lance Stroll as he was beached on the gravel, but his time was good enough to be eighth with teammate Sebastian Vettel (1m59.168s) 10th behind AlphaTauri’s Yuki Tsunoda (1m59.168s).

Aside the on-track running running, the Northamptonshire police, Event Commander Chief Inspector Tom Thompson, issued a statement where he requested the protesters planning to disrupt the F1 British GP not to invade the track on safety grounds.

“We have received credible intelligence that a group of protestors are planning to disrupt the event and possibly invade the track on race day,” he said. “First of all, I want to appeal directly to this group of people and strongly urge you to not put yourselves, the drivers, as well as the many marshals, volunteers and members of the public, at risk.

“Going onto a live racetrack is extremely dangerous – if you go ahead with this reckless plan you are jeopardising lives. Protesting is of course everyone’s human right in this country and we are more than happy to speak with you to help you facilitate a peaceful protest at the circuit, we just please ask that you do not create a situation that puts lives in danger.”