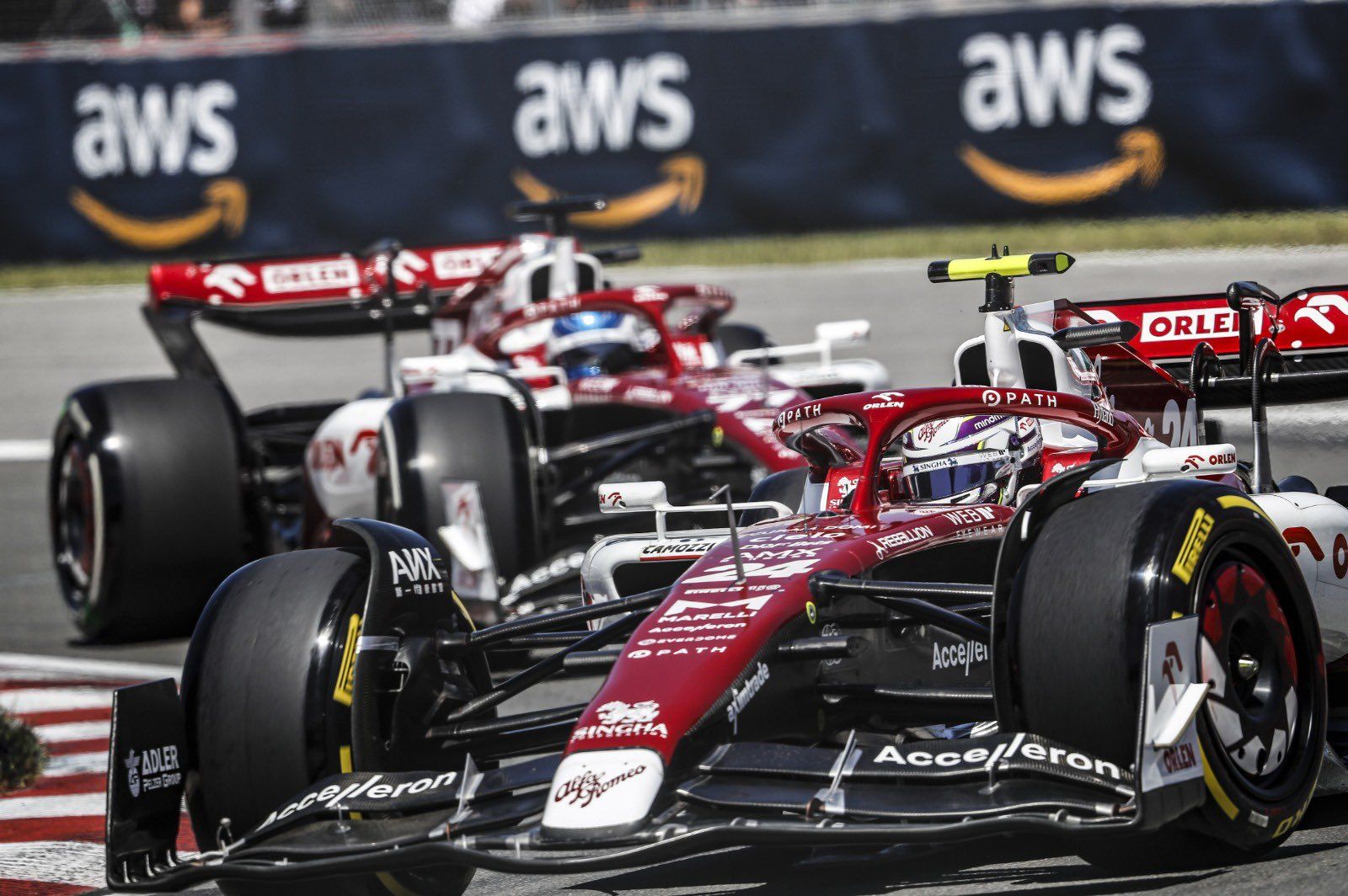 Valtteri Bottas was pleased to score points in F1 Canadian GP but felt he was faster than Alpine at latter stages, as Zhou Guanyu happy to secure his best result.

For the first time since Bahrain, both Alfa Romeo drivers Bottas and Guanyu were in the points together. Eighth and ninth on the road became seventh and and eighth with the Finn ahead of the Chinese after a penalty for Fernando Alonso.

For Guanyu it was a career best while for Bottas it was his seventh points score so far in 2022 and he was a happy man especially after some troubles he has faced during practice sessions which has limited his running in most of the races.

“Yeah, it’s good to get a couple of points with cars, the race pace was like we expected and we could fight with everyone around us and even at the end of the race we felt we were faster than the Alpine,” said Bottas to the media.

“It was actually quite a straightforward race, I was on the hard tyres for the first stint and there was nice timing for the first safety car so we made the most out of that. I’m happy for us to both get points. My teammate had a strong race. Like the race definitely made up for qualifying’s slight disappointment so it’s good to have a solid race.”

The consistency of the team and particularly Bottas has greatly assisted the team and possibly they are in a potential battle behind the leading three teams and the Finn himself concurs. “Hopefully we can get up to fourth place, that would be nice, I think we are back that we had earlier in the season and now we need to keep it up,” he said.

“With regard to Silverstone, We are still struggling with some balance issues in high speed corners and that’s the only concern but let’s see, it’s very different to the last few events we have now, it’s hard to say,” summed up Bottas.

Teammate Guanyu was an impressive ninth and of course that got better some hours later with his promotion to eighth. A driver who to an extent had a terrible run since Bahrain due to all the mechanical issues he faced at crucial point in the races.

“Yeah, finally, it felt like a big debrief just because it’s been missing for the last few rounds and finally we get to finish and it’s in the points so very happy,” said Guanyu. “On my side, I did obviously everything correct on track. I was unlucky with the pit stop as I was stuck behind Lance for the whole race and was impossible to overtake because even exiting Turn 10 quite closely, it was impossible to have enough straight line speed for passing them”.

“But nevertheless I was happy with P9, my best finish in Formula One so it’s been a hood weekend for me so I’m happy,” summed up Guanyu. It’s been eight Grands Prix since he was in the points and while it hasn’t saved his prospects for 2023, it has surely gone some way to helping the decision making process by Alfa Romeo.

“I also said that if we could get to the finish and get rid of all the reliability issues, we can always be in the points, so I’m so happy for me and the team because we definitely deserved these points for a long time and from my side is definitely getting rid of the frustrating and especially a completely new track for this weekend so for me very happy with strong weekend and happy both cars in points,” said Guanyu.

For Alfa Romeo, it was their best race so far in terms of netting points with 10 scored between both drivers. They are sixth in the constructors’ championship and they are six points behind Alpine but McLaren are fourth and the gap is 14.