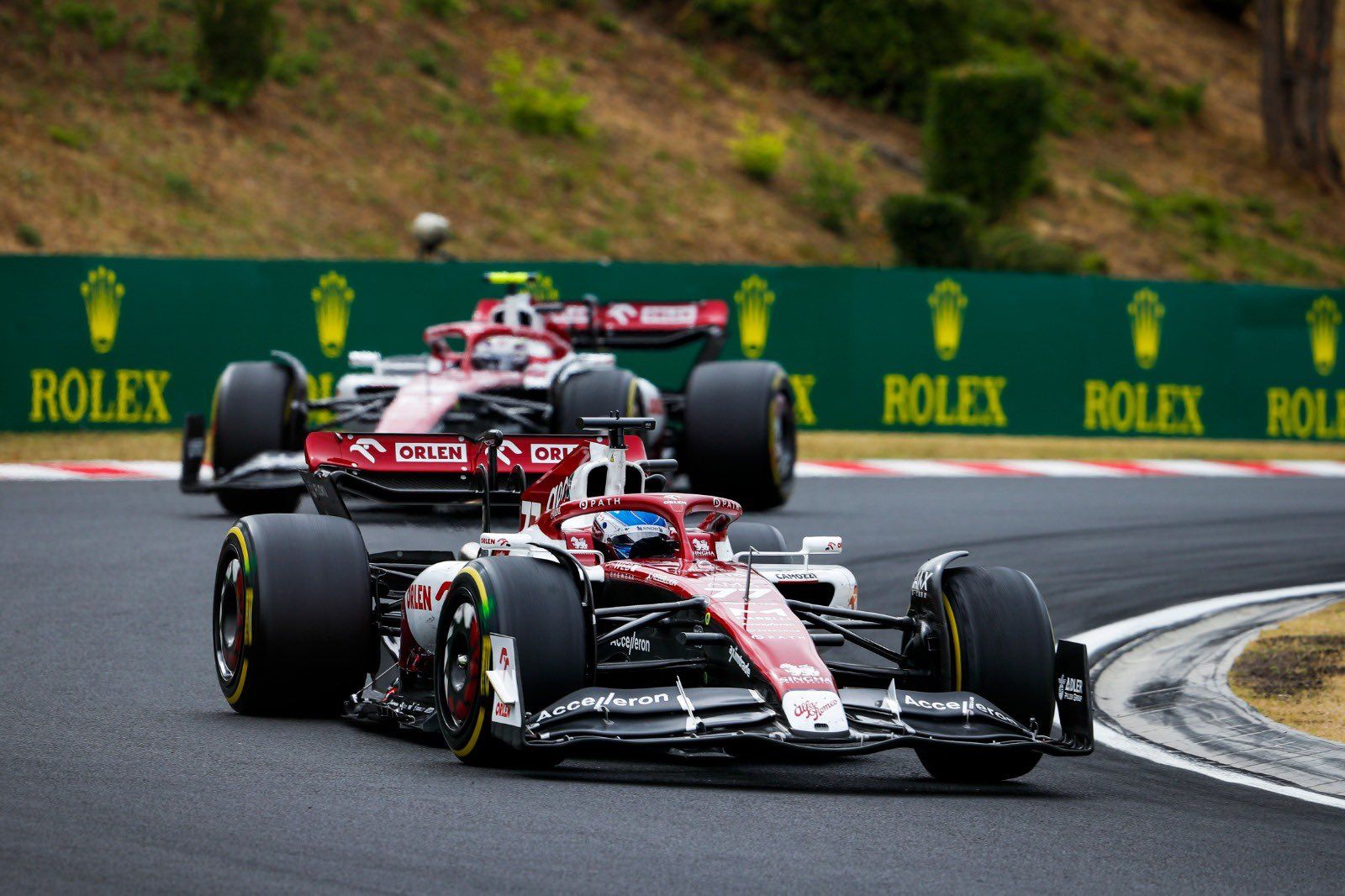 Valtteri Bottas had another technical issue which ended his F1 Hungarian GP before the chequered flag, while Zhou Guanyu was out of points too.

For Alfa Romeo, the summer break will bring welcome relief for them after a very disappointing Hungarian GP weekend for both Guanyu and Bottas. For the Finn, who has been a podium finisher there but never a winner in the past, he ended up being the only race retirement while the Chinese driver took an uninspiring 13th.

A pity, both qualified well in eighth and 12th but the Finn  retired late on with a technical issue while running 12th. “A few laps before the end I had to stop the car because of a technical issue, which was a shame,” said Bottas, who faced fuel system issue. “I just lost power, we do not know the details yet”.

“Obviously it’s unfortunate and we will investigate it with the team, but I still think points seemed quite unlikely.” Both Bottas and Zhou Guanyu starting on mediums, a long first stint, then pitting for hards. Alpine also got caught out too but ended up in the points with both drivers.

“We committed to one-stop with the medium hard, and towards the end of the race I felt it didn’t work as planned,” Bottas continued. “But we tried, it was tricky to back off and I think the hard tyre didn’t work quite as well as I thought it should. Not consistent enough and we know it, we need to keep working on that. It would be an even greater shame if we were to [be in the] points again and had an issue.”

One might deem a mini crisis of sorts at Alfa Romeo as their best result since Canada has been Bottas’ 11th at the Red Bull Ring. As per above, Guanyu did finish but down in 13th, so no points for the Chinese charge.

“We struggled on Lap 1 and on the first few laps losing ground to other cars, and as going for one stop didn’t work out, we had to do an extra one which put me on the back of the field,” said Guanyu. “It was quite frustrating, as it compromised my chances. Besides this, I think we had a strong pace today, and we deserved a little more.”

Team boss Frederic Vasseur was very disappointed too. One of their best joint qualifying this season brought nothing home as they remain sixth in the constructors’ championship but 44 points behind McLaren. “A day that promised much at its beginning left us disappointed in the end,” he said.

“The start put us on the back foot, losing five places with both cars and setting up a tough afternoon to recover some points. Valtteri was able to break into the top ten and was there until the closing stages, but in the end a fuel system issue meant he had to retire with a couple of laps to go”.

“Zhou’s afternoon was also compromised at the start, he was able to recover to 13th in the end but, as a team, we hoped for a lot more. It is a shame after the good performance we delivered in qualifying, but we now have a summer break to understand what went wrong and come back into the points for the final three European races of the season at the end of summer,” summed up Vasseur.

Four weeks off for the team to get it right.  They are still in a much better place than last season having scored almost four times as many points in the opening half of 2022 than the whole of 2021.  All is not lost so far for them and a lot more racing left in the campaign too to improve.