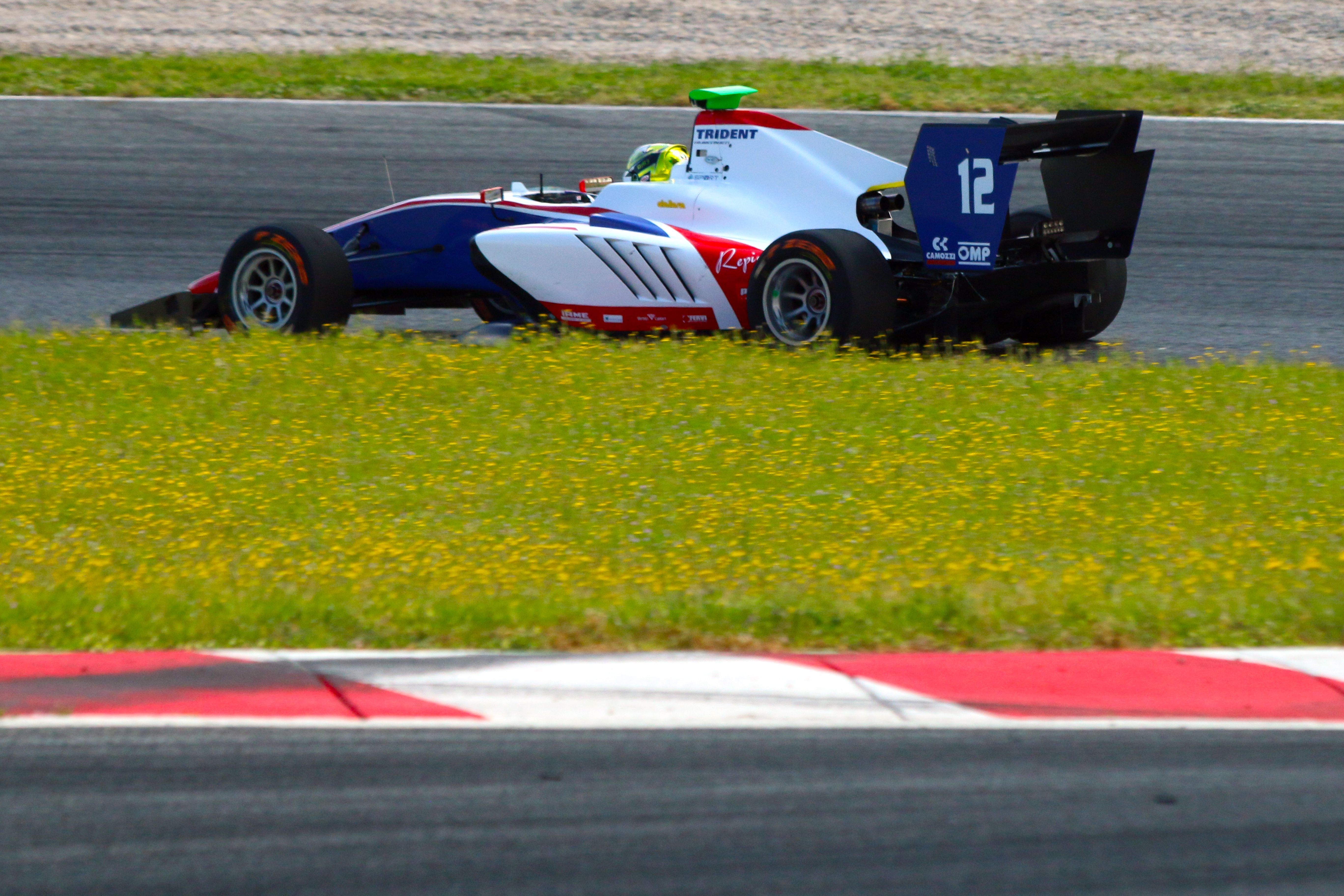 Dorian Boccolacci has claimed the day two bragging rights by heading both sessions of today’s GP3 Series test session at the Circuit de Catalunya-Barcelona, using the gloriously sunny but mild conditions to his advantage by claiming both top spots: this morning in a qualifying-style session with a time of 1:32.896, just 0.012s ahead of Nirei Fukuzumi and Jack Aitken, and this afternoon in a long run session with a lap of 1:34.022, well ahead of Alessio Lorandi and Tatiana Calderón.

Conditions were perfect this morning for what become a practice qualifying session, with the pace running fast and frantic for the first hour of the session. All of the drivers were on track as soon as the green flags were shown, with Boccolacci setting the first competitive lap time before sharing the top spot widely: Arjun Maini, Niko Kari, Raoul Hyman, Fukuzumi and Anthoine Hubert all spent time in P1, with the Frenchman claiming it just after an hour passes before the teams switched to long runs.

In the afternoon the circuit warmed up even more: Boccolacci was the only driver on circuit for the first quarter hour, setting a competitive time before his rivals joined him on track. The Frenchman set his best time at the half hour mark, with few other drivers making much of an effort to compete on times, prefering to concentrate on race distances. The session was marred by two brief red flag periods (for Ryan Tveter at 14:15 and for Calderón and Hyman stoppages 30 mins later), before closing on time at 16.00.

The teams will now carefully peruse the data before reforming down the coast next week at the Circuit Ricardo Tormo in Valencia on 25-26 April. The sessions will start each day at 09:00 local time and run until 12:00: on Tuesday the afternoon session will run from 14:00 to 17:00, while on Wednesday this will be pushed forward an hour to 13:00 before closing at 16:00.