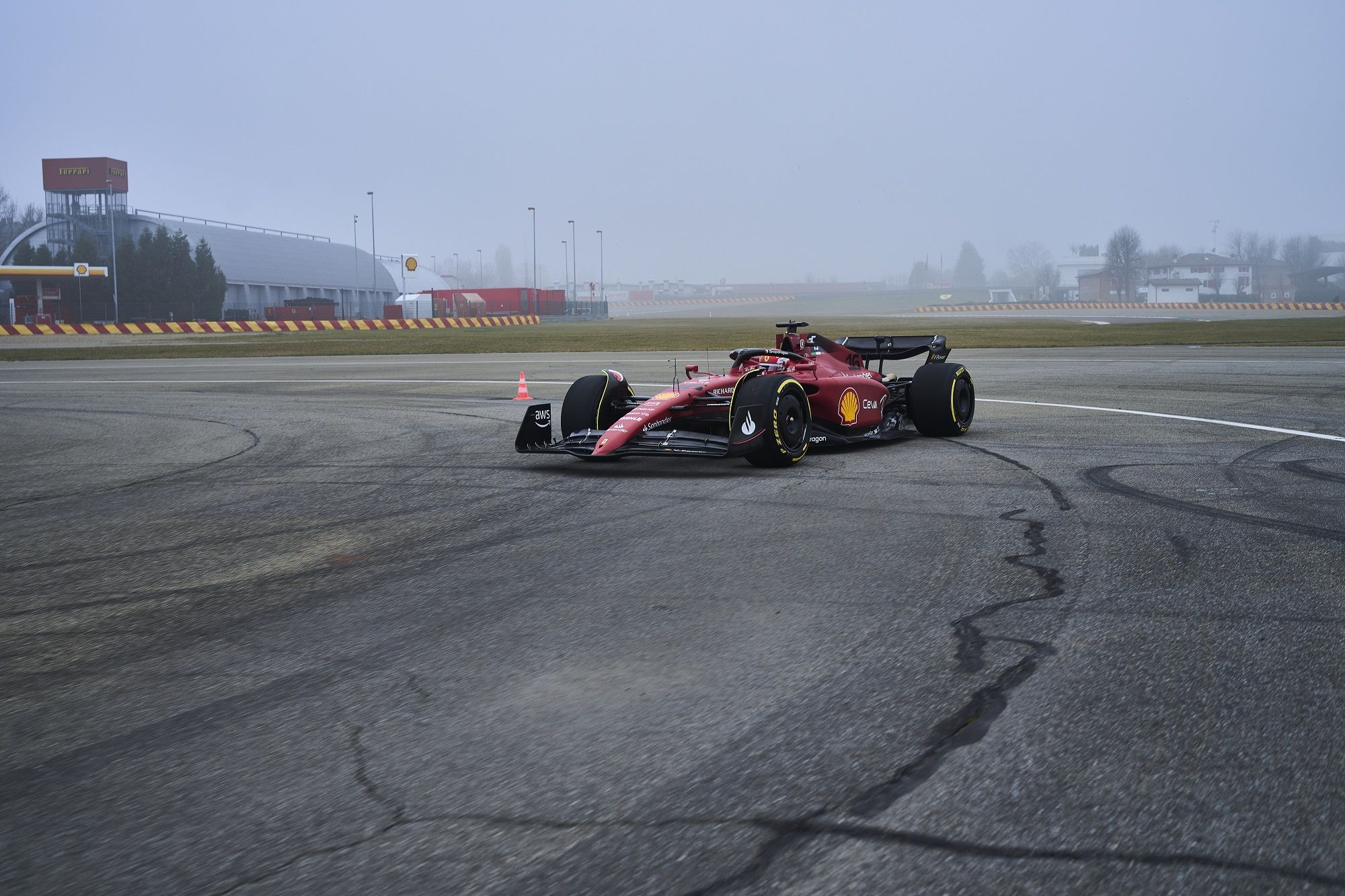 Mattia Binotto speaks on the pressure he has to deliver for Ferrari in F1 2022 plus adds on nervousness and failure with drivers looking at the battles.

Ferrari showcased a pretty radical F1-75 earlier in the week as they kick-started their journey back to glory with the 2022 F1 season. A lot of hope is riding on this regulation changes whereby they have been working on for whole of 2021 season.

Ever since the departure of Maurizio Arrivabene, Ferrari put faith on long serving member of its team, Binotto. After the disaster of 2020 due to the engine troubles of 2019, the team bounced back well in 2021 by beating McLaren to third place.

But that is not enough for the Italian manufacturer as no less than a title fight is expected of Ferrari. Naturally, there will be pressure and nervousness in the minds of the team and especially Binotto, whose future will depend on the success or failure of the coming years.

But the Italian seems pretty confident with the work done by the personnel under him. There is certain about of pressure and nervousness, but he’s not looking at it from that point of view. Additionally, he also talked of any ‘back-up’ if something goes wrong.

Binotto: “Managing the pressure is firmly staying focused on doing.  We have so much busy doing what we are doing every single day by lobbying the car, designing the car. At the end of the day, we are not considering the pressure itself and I think that is a way of living it myself. So I am really concentrating on focusing on my job and together with the entire team it is the way it is. Do I feel the responsibility? In a way, I feel it. If we do not win, it is not a failure of Ferrari, it is important for Ferrari to be back being competitive.

“For a long time we have been saying 2022 is our best opportunity, to be back being competitive so I really think there is a lot of preparation from the team, with the designing of the new car. Honestly, the way I have seen the team working makes me proud, the way they are united with a lot of effort. I am not considering it a failure at the moment because I don’t think it is the way it is, We are simply focused on trying to do our best, raising the level and how it can happen this season.”

Binotto: “I think it was at first for us, it is important to be fully open minded, in the way we approach other sides. It was not a matter of simply containing the concept of the previous car and adapting to the new rules and so when reading the new regulations into this car, we try to be completely open-minded approach, try to understand how we may have improved the aerodynamics and the overall performance of the car. When designing and lobbying the new car, it has been aerodynamically driven at first so all the mechanical choices have been of consequence and the Power Unit packaging has been a consequence and the aerodynamic choice, so when we went to the Wind Tunnel at the very start, we tried all the possible directions and we would pick up the one that was the best for the performance and we then designed the car in such a way so at first if you look at the car there is a lot on non-conventional choices.

“I think in terms of Power Unit I would like to mention it because the Power Unit will be frozen for the next four seasons and that is from race one and in that respect we try to put a lot of effort into design, we have a new fuel which is ten per cent methanol which again may be an opportunity of reviewing the conversion itself and so the power unit and the conversion engine is indeed a big innovation for us compared to the past, coupled with design that is something we may see ourselves.

“I think overall this car has a lot of innovations starting from the conversion engine and the aero itself, so I am not only dictated by regulations but also by the way we approached the other sides.  If I am nervous or not, I think honestly not, I think the team has improved since the last year in overall capacity, technology and skills and the way I see the team work is pretty happy.  I think I shall not be nervous because  I know those guys and how good they are.”

Flexibility if something goes wrong –

Binotto: “Every single team has flexibility in the design. Things we will certainly do at the start of the season is to look at the other and see the concepts they have decided and adopted.  Certainly, we can from the wind tunnel testing, we can see if there is any different direction to our one and certainly if you look at the bodyship we have got, we have not filled underbody the full space so we have flexibility in terms of the bodywork.

“It is worth seeing now that the engineers have got most of the freedom. If you look at the regulations, its quite discretionary on the front wing, the nose and the rear wing but there is much flexibility around the bodywork but the way we have packaged our Power Unit will give us some freedom in the future at least to understand that there are other directions and can be promising.”

Aside from Binotto, both Charles Leclerc and Carlos Sainz shared their views regarding the fight at hand going into 2022 and how things could be as per them in terms of the competition and their own challenge to them.

Leclerc: “I think it is very interesting because before the launch of the different cars, I expected to have less differences between all the teams but at the end it looks like everyone has its own concept and actually even though the regulations are quite strict, manage to have their own view of the regulations which is interesting and could create surprises. Then to tell you which concept will be more in a position to fight for the Championship or not is very difficult and I don’t have an answer but it is definitely very interesting to see so many cars.”

Sainz: “I agree that there has been different interpretations of the rules already with the 7 cars that have been presented and I am a little surprised myself as I thought everyone was going to come out with similar cars and the regulations were so scripted that we thought everyone was going to come out with a similar design and in the areas where you could be a bit different, the cars are really different and this has opened up the possibility to have different concepts and different directions to follow and I think it is going to be an interesting start to the year in that sense.  Impossible for me to tell you how many teams are going to be fighting for a win.”

Leclerc: “Well of course expectations are high.  We are Ferrari, we are a team who is expected to win all the time and that is what I was meaning by saying this.  What makes me confident about this years car, I think is the work that I have seen in the past few months that’s been absolutely incredible by the whole team.  I mean it is a long time that we have been working on this car now and I can see how well we have been working and that give me the confidence for the future but it is never easy to know until you are on track at the first qualifying of the year and see the final picture but the feeling is good and everyone is extremely motivated and I am also extremely motivated to be back in the car and to finally drive this beautiful car.”

Sainz: “I think the new cars look good, they look very racey, look modern, futuristic, in particular the Ferrari looks like there been a lot of thought out of the box and they have been challenged with these new regulations to be challenged to find the edge in performance.  I hope that we get it right and the car is performing well this year.  Because the car looks beautiful and really nice, I cannot wait to drive it and see how it behaves on track.

“Expectations like Charles said are always high at Ferrari. We know we want to make the crowd proud and the history of this team proud. The target is to be back up there fighting for wins and see what comes next.  As a team it is where we want to get, obviously we have very tough competitors in Formula One like Mercedes, Red Bull and McLaren I think could be in the fight this year.  It is impossible to know where we are going to be but the target of Ferrari is always to be back being competitive.”